A recent study of patient data from Melbourne’s eastern suburbs published in the Medical Journal of Australia (MJA) showed GPs are not checking their patients’ Body Mass Index (BMI) or measuring their waist circumference. The article’s authors interpret this as a shortcoming but these doctors may actually be avoiding the trap of thinking simplistic measurements help patient health and well-being.

The paper’s authors assume – as does the National Health and Medical Research Council – that if GPs weighed and measured their patients, they’d be better able to address weight-related health problems.

But there are good reasons to be sceptical about whether scales are an effective weapon in the so-called “war on obesity”. In fact, weighing people may do more harm than good by giving an unreliable picture of the complex realities of health and weight.

Take, for example, Body Mass Index (BMI), which is calculated by dividing weight (in kilograms) by the square of height (in metres). BMI was originally devised to determine the “average” person in a given population. While a population is obviously made up of individuals, the two are clearly not the same thing and BMI is a blunt instrument when it comes to the latter.

Consider this 2008 article in Internal Medicine that found just over a half (51.3%) of people in the overweight range (BMI of between 25 and 30) and almost a third (31.7%) of those considered obese (BMI of between 30 and 35) are metabolically healthy. That means they don’t have raised blood sugar levels, raised cholesterol, or high blood pressure, all of which pose a risk to good health. The study authors also found nearly a quarter (23.5%) of people in the so-called “healthy” range, that is, with a BMI between 20 and 25, may have these risks to their health. 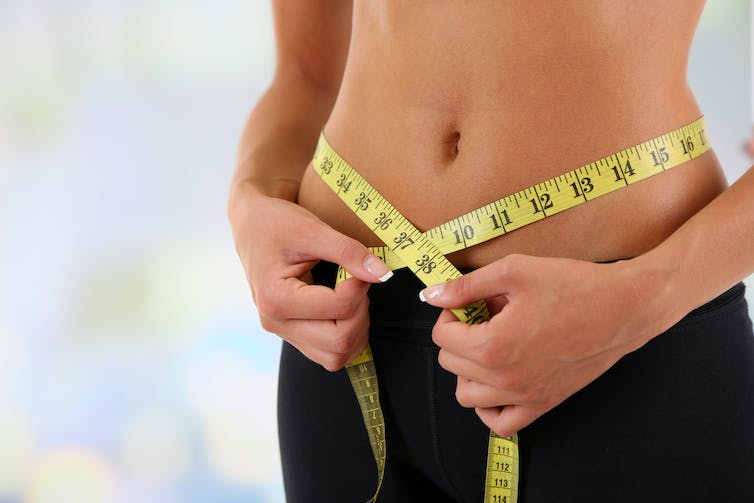 Waist circumference is similarly inaccurate. Pulling a measuring tape around someone’s waist simply won’t tell you if they’re healthy or unhealthy because health is far more complex than a certain number of centimetres.

In fact, one number — be it BMI, waist circumference or whatever comes next — will never tell you about any one individual’s health and well-being. If we’re looking across a population, then we may see some associations between increased BMI and an increased risk of diabetes, for instance, but that’s completely different to assessing any one person visiting a doctor.

Even supposing you could reduce something as complex as health to a number, how this might help someone make positive changes to their well-being and health is another question entirely. Doctors have been weighing and measuring patients in an effort to get them to lose weight for over half a century. But there’s nothing to suggest this approach has been remotely successful.

Many GPs are also time poor and, in many cases, through no fault of their own, poorly equipped to discuss health-related weight issues. There’s virtually no training for GPs and other health professionals in how to help people be the healthiest they can be, or the healthiest weight they can be.

In many cases, this lack of training results in insensitive discussions about weight. A 2012 study in the journalObesity, for example, found 69% of women reported experiencing weight-related stigma from a GP on at least one occasion; 52% said it had happened on multiple occasions.

Such comments can lead to worse health outcomes as people start to avoid seeing doctors for other health-related matters for fear of being judged and weighed. A 2005 study published in the Californian Journal of Health Promotion found:

the most important factor in women postponing or cancelling medical appointments was fear of being weighed, and increase BMI is consistent with decreased preventive health services. 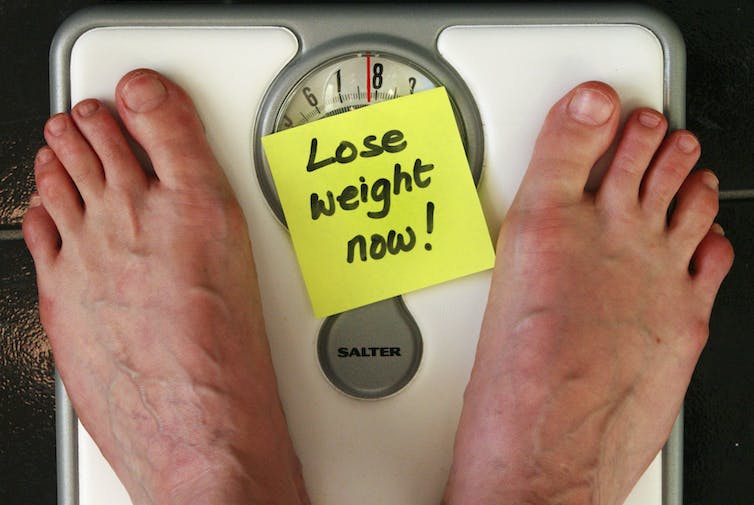 Of course, there will be GPs — some of whom will be reading this article — who will say it’s their duty to give patients the unvarnished truth. But this misses the point. Our argument is not that doctors ought to remain silent about the relationship between health, weight and well-being. Rather, that research shows weight is an extremely poor proxy for health.

Before giving any advice, doctors need to find out whether a person is likely to be above their most healthy weight or not. That means taking an appropriate history, and asking questions such as the amount of physical activity they may be doing, whether that particular person is doing a significant amount of “non-hungry eating”, whether he or she is a fast eater, and so on. You can’t determine all this simply by looking, or measuring anything.

And if blood pressure or blood tests reveal some areas the patient would be willing to discuss further, it’s vital to talk about them in a non-judgemental and supportive fashion. This doesn’t mean sugarcoating the message; it means doctors should opt for neutral language, which does not carry pejorative overtones or imply a moral judgement about the person.

Such a discussion would avoid BMI and tape measures, as well as the prescription of one-size-fits-all weight-loss diets, or unhelpful advice such as “eat less and exercise more”. Instead, it would focus on giving doctors the best chance of finding out the reasons why their patient may be above their most healthy weight.

If we’re serious about supporting people to be healthy, it’s time to end our fixation with unhelpful and inaccurate measures of weight. Instead, we need to train GPs and other health professionals to better discuss weight concerns with their patients in a meaningful way; one that focuses on the complexities of the individual and eliminates the stigma and shame around fat.