Australians are getting heavier and, as a result, are more likely to suffer life-threatening illnesses such as heart disease, diabetes and strokes.

But should we be worried about a bit of excess weight? After all, isn’t it better to focus on exercise so we can be healthy, whatever our size?

Today’s Viewpoints: can you be healthy at any weight? Tim Olds argues we can; while Anna Peeters outlines why we shouldn’t give up on keeping our weight in check.

A study published earlier this month followed up 9,538 Americans born between 1931 and 1941. It asked a very simple question: who are the least likely to die?

It seems counter-intuitive, but there has been a flood of studies among Americans, Norwegians, Canadians, Hispanics, Europeans and older Australians with similar findings: overweight people live longer.

Rather than worrying about getting fat, we should all relax a bit and focus on being healthy at any weight.

We know that excess weight and obesity lead to many chronic diseases, ranging from diabetes through to cardiovascular disease and cancer, to sleep apnoea and musculoskeletal disease. 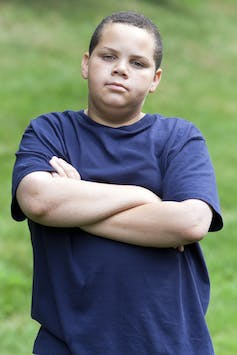 We and others have shown that the overall impact of these health risks is more disability in old age. We also looked at middle-aged Australians and found that those who were even mildly overweight were at greater risk of disability later in life than those of a normal weight.

The results Tim discusses above are significant and reflect the importance of maintaining, not gaining, weight as we age. They also show the risks of unintentional weight loss as we age, usually a sign of losing muscle rather than fat.

As individuals, we should definitely focus on being healthy at any weight. But as a society we should not lose sight of the fact that most Australians are continuing to gain weight. The latest analysis of the Australian Diabetes Obesity and Lifestyle cohort, found young adults were gaining 0.5kg per year, or around 7kg over the 12 year study.

In this context, it would be irresponsible not to work together to improve our nutrition and activity environments, and prevent more weight gain.

Anna is quite right on two points, and here we can agree: adults everywhere are getting fatter (though this is not true of kids). And fatter people are more likely to suffer from a wide range of diseases, including diabetes, arthritis and cardiovascular disease.

Now let me ask another question. Which is more important: fatness or fitness? Should we spend limited health dollars trying to get people to lose weight, or to get active? I’ll argue here for physical activity. 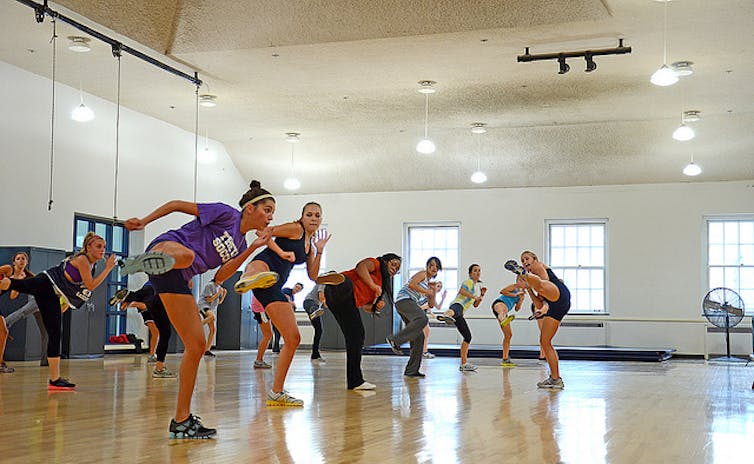 But does fitness trump fatness? A study published this month may help to answer that question. It followed 11,240 Americans for 12 years and calculated the percentage of deaths attributable to fitness, fatness, diet and smoking. The greatest contributor to deaths was low fitness (6-7%), followed by smoking (5%), diet (3%) and fatness (0%).

We have an epidemic of inactivity. Low fitness is a stronger predictor of overall mortality than fatness. Weight loss among overweight and healthy obese people is a failed concept both in terms of evidence and in terms of implementation.

So why on earth are we focusing so much on fatness, and so little on physical activity?

There is no debate about the importance of aerobic fitness for health, quality of life and survival. But fitness is a marker of your capacity for activity, not your current physical activity levels, and it’s also affected by sex, age, ethnicity, obesity, activity and poor health.

But it should not be a competition. Healthy diet, activity and weight all work together to improve our fitness.

Tim mentions that obesity rates are no longer going up in kids. Well, in the US, the rate of childhood obesity is declining, thanks to strong government action to improve food and activity standards in children’s setting. This action came about to combat the obesity epidemic. 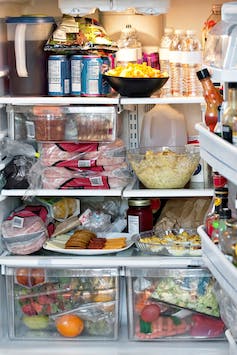 We need strong advocacy if we are to smarten up the food choices available to us in Australia.

The focus now needs to be on the healthy environments and behaviours, and obesity remains an important marker of our progress. If we normalise obesity we’re missing our chance to prevent premature chronic disease for our children, and our children’s children.

Yes, increasing activity and avoiding inactivity has the potential to improve health in everyone. But achieving that is just as hard as improving diet, or any combination of the two, which is the general aim of weight loss strategies.

Anna is quite right when she says the stabilisation and decline in obesity in kids is most likely the result of repeated messages at all levels. But kids are the low-hanging fruit of the obesity tree, because parents act as gatekeepers for their exercise and dietary behaviours. Unfortunately, parents aren’t as good at regulating their own behaviours.

We also know that over the long term (i.e. years) only about 5-10% of those trying to lose weight maintian their weight loss.

Studies have also shown that in the face of public health “weight scare” messages (such as the Measure Up ads), overweight people think that the messages don’t apply to them — only to really overweight people —while obese people simply pull down the shutters and block their ears.

Weight loss is a laudable goal, but we’ll end up with a healthier (and probably leaner) population if we shift the emphasis from weight loss to healthy lifestyle, and tell people that exercise and a good diet are more important and more achievable goals. 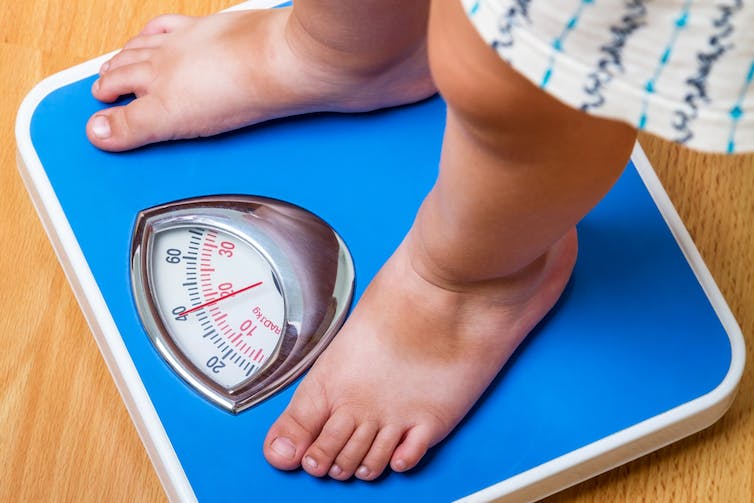 In Australia, more than six in ten adults and one in four children are overweight or obese. To deal with this we need to promote and facilitate healthier nutrition and activity, enable those at risk of further weight gain to maintain weight and manage weight and health complications in those living with obesity.

Clearly, advocating healthy lifestyles is one part of the solution, but education alone will not be sufficient. We need to enable those living with obesity to maximise their health and well-being, and [access treatment](http://www.nhmrc.gov.au/media/releases/2013/new-clinical-practice-guidelines-managing-overweight-and-obesity.

We also cannot ignore the role of the environment we live in. So, instead of debating fitness versus fatness, we need to shift from a focus on individuals to a focus on society. Then healthy choices – both activity and diet – can become the easy choices for everyone.