A Japanese research team claims to have developed a pocket-sized device that reveals if your body is burning fat in real time by measuring the amount of acetone on the breath.

The prototype device is aimed at those trying to lose weight and can be used a guide to whether your diet and exercise regimes are working to remove excess fat. The makers also say it could be useful for diabetics, who also have increased levels of acetone on their breath, to assess how well they are managing their condition.

It has long been known that human breath contains a multitude of chemical compounds, most present in very small quantities. Many of these compounds are by-products of naturally occurring biochemical processes within the body and reach the breath through the alveoli, the small blood sacs within the lungs, where exchange with air can take place. 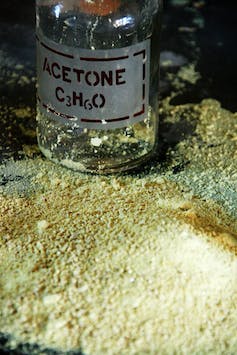 The Japanese team focused on one of these chemicals – acetone. Acetone has many uses including the removal of paint or nail polish.

But it’s also a by-product of the biochemical burning of fat, and so higher levels of it in your breath might indicate successful depletion of fat reserves, whether through dieting or exercise or a combination of the two.

However, there are challenges. Acetone is one of the most abundant organic compounds in breath and is present in all humans. But it represents about only one millionth of the gaseous content expelled in a single breath.

Any device aiming to measure the quantity of acetone needs to be acutely sensitive. Large and expensive instruments capable of doing this have been around for many years but of course these are unsuitable for home use.

The breakthrough by the Japanese researchers is to develop something similar in size to a police breathalyser. Like the alcohol breathalyser, the measurement is fast, so you have to blow into the device for just a few seconds. It’s just 10cm long, weighs 125g and uses two AA batteries to operate. 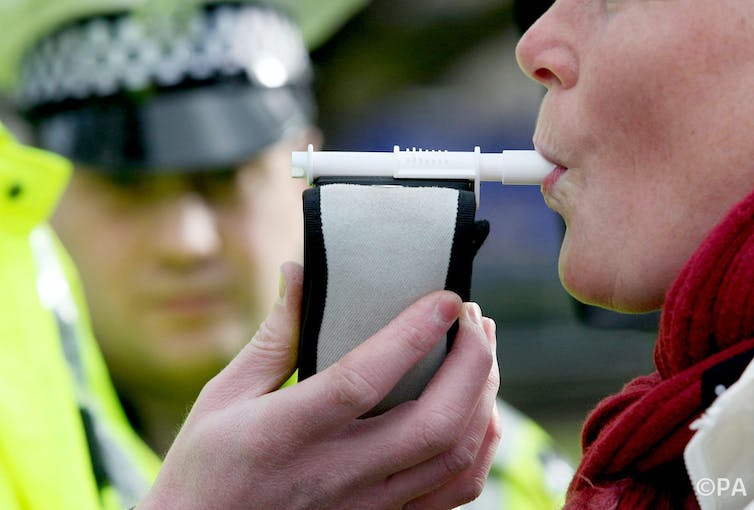 The key components are small electronic sensors, which use semiconductors to sense gases. The challenge with such sensors is that they are not uniquely sensitive to one type of chemical in a gas, but respond to a range of them.

The research team solved this problem by using two small battery-powered sensors, one that shows a broadly similar response to many different organic compounds – such as ethanol and methane along with acetone – and a second sensor which is somewhat more sensitive towards acetone. By recording signals from both sensors and then taking the difference between the two the device becomes particularly selective towards acetone.

In an initial test on how well it measured acetone, the devise was compared with a much larger and more sophisticated instrument. The response was found to be broadly the same, which suggests that the portable breathalyser can do the job.

It was then tested on a collection of 17 volunteers (11 men and six women), all of whom were a little more overweight than the average Japanese citizen based on their body mass index, over a two-week period.

The breath measurements were made at the same time each day – breakfast time – and the volunteers were divided into three cohorts: those who lived the same lifestyle, those who did light exercise but kept the same diet, and those who were required to restrict their calorific intake as well as take light exercise.

Only this last group were able to lose any significant quantities of fat and this group was also the one that showed clearly elevated acetone levels. This also seems to suggest that the device is capable of doing the job it was designed for.

But before we get to excited, some words of caution. The overall number of volunteers participating in the trial was small and it was further divided into three even smaller sub-groups. A much larger trial sample would be necessary to prove beyond doubt that this method will provide a satisfactory way of telling if you’re successfully burning fat and losing weight.

The Japanese team have recognised this and have said they plan a much larger trial at a later date. Not only will it be necessary to choose a larger group, but other factors such as the time of day at which the measurement is made and the impact of other factors such as recent meals and recent exercise need to be explored.

Nevertheless, the device does look promising and may turn out to be a useful- and hopefully affordable – aid to the many people who try and struggle to shed excess weight.