There seems to be an endless number of fad diets and “golden rules” for weight loss. One of the most popular of these rules is that cutting carbohydrates (carbs) is the best way to lose weight.

The most famous low-carb diet is the Atkins diet, first developed in the 1970s. The Atkins diet recommends limiting foods high in carbs, such as bread, pasta and rice. Carbs are replaced with foods containing a higher percentage of proteins and fats (meat, poultry, fish, eggs and cheese) and other low-carb foods (most vegetables).

But what does the evidence show us about whether low-carb diets really are best for weight loss?

Theoretically, a “calorie is a calorie” and it doesn’t matter what types of food the calories come from. Accordingly, all reduced-energy (calorie) diets should lead to equivalent weight loss.

However, some studies have reported that low-carb diets lead to greater weight loss than other types of diets, at least in the short-term. So, what are the possible explanations for these results, and can we rely on them?

Energy is stored in the body as protein, fat, and glycogen, which is a form of carbohydrate. If there is an imbalance between how many of these nutrients are ingested (through the food that is eaten) and how many are used by the body for every day functions, body composition will change.

In turn, this will affect body weight because of the different impact that the relative amounts of stored protein, fat and carbohydrates have on body weight. 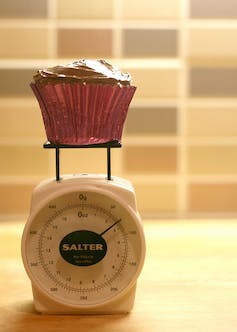 However, the vast majority of studies in which they’ve measured calorie intake very accurately (that is, they’ve locked people in a room and measured exactly what they’ve eaten for several days), show absolutely no difference in weight loss based on the composition of the diet. High-protein diets and high-carb diets resulted in the same weight loss.

This indicates that, in the short-term at least, the human body is a superb regulator of the type of energy it uses, and whether the diet is low-carb or high-carb probably won’t make much of a difference to the amount of weight lost.

The body’s metabolic rate (the amount of energy expended by the body in a given time) is dependent on the composition of the diet. Consumption of protein, for example, is known to result in a larger increase in energy expenditure for several hours after a meal compared with the consumption of fat or carbs.

3) Changes in hunger levels and satiety

Some diets can lead to reduced hunger, improved satiety (feeling full), and can be easier to stick to than others. There is an enormous amount of research on this. 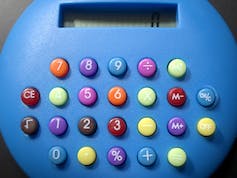 The problem is that it’s extremely difficult to accurately measure what people are eating over extended time periods. People rarely stick to their diets for more than just a few weeks, making it almost impossible to adequately compare the effects of different diets.

And so, is cutting carbs the best way to lose weight?

Maybe, but there’s not really good evidence supporting it. All diets with similar calorie content have a similar effect on weight loss in the short-term. This is because the body adapts rapidly to changes in relative protein, fat and carbohydrate intake levels.

The truth is that losing weight and keeping it off in the long-term is difficult. It requires permanent changes to the number of calories you eat each day.

Perhaps the best dietary advice comes from Michael Pollan when he says, “Eat food. Not too much. Mostly plants.”