Little seems to have changed inside the Therapeutic Goods Administration (TGA). And that’s despite two years of reviews into the shortcomings of its regulatory processes and the release, late last year, of the government’s blueprint for reform.

Complaints about breaches of the Therapeutic Goods Advertising Code continue to generate a weak response – the latest of which involves the TGA-listed weight-loss product Undoit®. Its suppliers claim you can eat “fat-laden, carb-dense snacks” and just pop a pill to “undo” their effects.

Stakeholders put a ton of effort into submissions that documented problems with the TGA and suggested improvements. But the government’s “reform” document contained only an ounce of movement.

Stakeholders had pointed out, for instance, that numerous reports over the past decade recommended timely and effective sanctions to deter manufacturers or importers of complementary medicines (known as sponsors) from repeated breaches of the Therapeutic Goods Advertising Code.

Yet the reform “blueprint” merely said, “The TGA will develop options for consideration by Government in consultation with stakeholders on … developing a more effective approach to sanctions and penalties for breaches of advertising requirements.”

Many stakeholders had expressed concern in the past that the TGA was a “black-hole” of communication. Consumers could submit a complaint about a product but received no communication from the TGA about the outcome of the investigation.

In response to these concerns, the reform “blueprint” said, “the TGA will adopt a strong focus on improving its communication and engagement with the community”.

Following the publication of the government’s reform “blueprint”, several TGA staff have resigned, although these changes are not reflected on the current TGA organisational chart.

The sponsors of Undoit® claim their pills let you “have the cake without the calories” – it’s “the snack without the guilt” and “the taste without the tummy”. The sponsors claim a biscuit can be undone with one tablet, a tub of ice-cream may take two and a Big Mac and fries requires the maximum does of five pills. 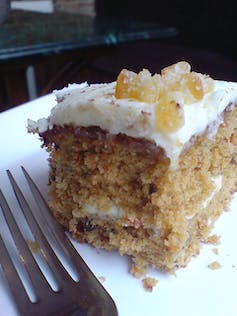 Another version listed on the Australian Register of Therapeutic Goods (Aust L 193428) adds the laxative Cassia senna 62.5 mg (although the marketing manager of Undoit, Michael Romm, says this version “has not been manufactured yet”).

Regardless, there is no scientific evidence that taking five pills containing Ascorbic acid, Chitosan and Phaseolus vulgaris will “undo” the impact of eating a Big Mac and fries.

More worryingly, the dose of Cassia senna contained in just one pill of the second version of the product is potentially dangerous and likely to cause diarrhoea, abdominal pain, cramping, loss of fluids and hypokalemia (low potassium). The usual recommended laxative dose of Cassia senna is 17.2 mg daily, with a maximum of 34.4 mg daily – almost half the dose of a single Undoit® pill.

The claims made for Undoit® exploit the large and vulnerable population of overweight and obese people. They undermine the crucial public health message that reducing the health impact of obesity requires fundamental lifestyle change. In my opinion, they breach numerous sections of the Therapeutic Goods Advertising Code. 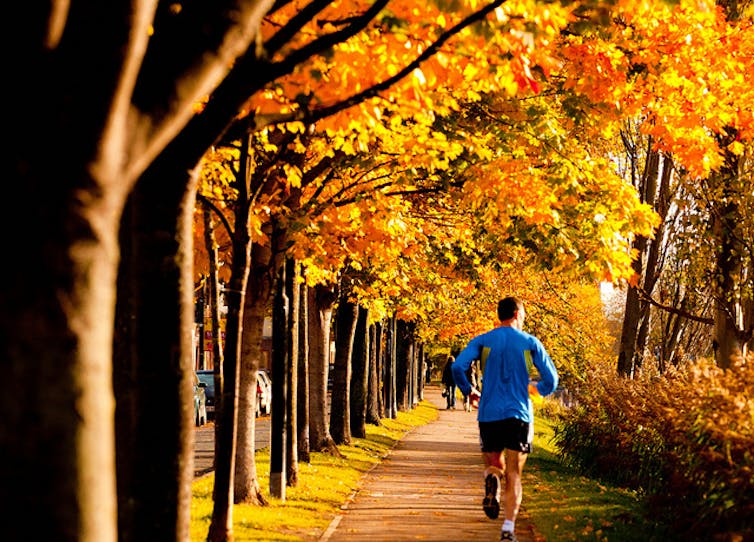 So, what happened when a complaint about Undoit® alleging at least eight breaches of the Therapeutic Goods Advertising Code was sent to the new, hopefully more transparent TGA?

The TGA sent the following response (my emphasis added):

“The TGA may use this information and conduct investigations in relation to the safety, quality and regulatory status of the goods as part of the TGA’s ongoing regulatory activities.

“Investigations are prioritised upon potential level of risk to public health and safety.

“Please note that you may not be informed of the outcome of any investigations as the information may be confidential to the owner of the medicine. Thank you again for referring this matter to us.”

The issue of what should constitute commercial-in-confidence information was a hot topic in the TGA reviews.

Unsurprisingly, the views of consumers and health professionals differed from those of industry. While consumers accepted that genuine trade secrets, such as manufacturing processes, should be commercial-in-confidence, they did not accept that information about product safety or advertising violations should be suppressed.

One problem concerning potentially commercial-in-confidence information, raised by the TGA in the past, is Section 47 of the Freedom of Information Amendment (Reform) Act 2010, which states that a document is an exempt if its disclosure under this Act would disclose:

(a) trade secrets; or

(b) any other information having a commercial value that would be, or could reasonably be expected to be, destroyed or diminished if the information were disclosed.

The latter provision (b) is of particular relevance if the TGA determines that a complaint about the efficacy of a product, such as Undoit®, is justified because sponsors can argue that the commercial value of their product would be diminished by such disclosure.

Consumers and health professionals need access to such information but the TGA currently appears to rate the commercial protection of sponsors more highly that the public interest. On this matter, the government’s blueprint for reform merely said, “The TGA will develop and publish a policy on the disclosure of commercial-in-confidence information”.

The TGA’s website explains its policy is “to publish the outcome of certain investigations into complaints about therapeutic goods advertising directed to consumers which have been referred to the TGA by the Complaints Resolution Panel for follow-up action”. The criteria the TGA use to disclose “certain” investigations have not been made public.

I’m aware of at least 20 complaints referred to the TGA by the Panel over the last 18 months because of sponsor non-compliance. The TGA has yet to report any outcome of their “investigations”. These include Nurofen, Homeopathy Plus, FatBlaster Reducta and Fat Magnet, Maqui Berry Capsules, Virility Pills, Energy Slim and Berocca Performance.

So it seems the TGA’s transparency review and other reports have yet to make any impact on the organisation. Unfortunately, the TGA remains a “black hole” for reporting advertising complaints.