Welcome to the tenth and final instalment of The science behind weight loss, a Conversation series in which we separate the myths about dieting from the realities of exercise and nutrition. Here, Dr Rachael Dunlop, Researcher and Communications Officer at the Heart Research Institute, outlines the uncomfortable relationship pharmacists often have with fad diets and weight loss products:

As Australia becomes fatter we’re all looking for that magic bullet diet pill – and the weight loss industry knows this all too well.

So what’s the best way to market your latest weight loss miracle? Why not team up with one of Australia’s most trusted professions, pharmacists, to lend some legitimacy and boost your brand? 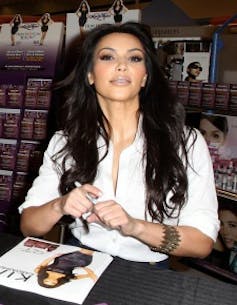 Yet, it’s certainly not rocket science to figure that if you replace a normal meal with a low calorie shake or pill, you will lose weight. In other words if you reduce your caloric intake, you will burn fat stores. Simple, right?

Such is the concept behind most detox diets, which feature heavily in many pharmacies and tend to be marketed after Christmas when we’re all feeling guilty for over indulging.

The Lemon Detox diet is one of the most popular in this range and is sold through many pharmacies. It’s also endorsed by some A-list celebrities including Beyonce Knowles and Mariah Carey as well as some not-so-A-list ones like Tania Zaetta.

The diet involves a strict regime based on a concoction of maple and palm syrup, lemon juice and cayenne pepper washed down with litres of water. Along with other drinks included in the diet, such as a laxative tea and “sea salt water”, these products are supposed to work as a meal replacement.

Even to those of us who aren’t dieticians, it seems pretty obvious you’re going to lose weight if you stick to this regime, but how long can anyone last on such a diet? As the old saying goes, if it looks too good to be true it probably is.

This was the case for the manufacturers of the Lemon Detox Diet, who were caught making unsubstantiated nutritional claims and providing medical advice in their advertising and product information last year. 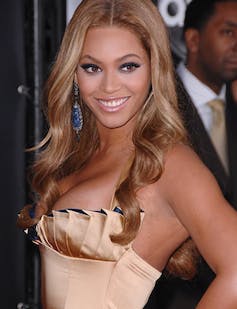 The NSW Foods Authority issued the manufacturers Pure Natural Health Pty Ltd with two penalty notices, fined them $1320 and placed them on the name and shame list.

But as a spokesperson for Choice observed at the time, “The fines are not even a slap on a wrist for the company that claims to be selling 12,000 cans of this product a month.” It retails for close to $90 a pop.

And these actions don’t seem to matter, as you can still find the diet in just about every chemist and health-food store.

If you’re looking for something a bit more “sciencey” and have about $1600 to spare, why not try the new kid on the block, MyGene. Currently being rolled out in pharmacies across Melbourne, this product markets itself with lashings of scientific terminology in its literature, but when you boil it down, it’s really just another meal replacement program with a DNA test at the beginning.

MyGene claims to determine your “weight loss phenotype” by analysing variations in 26 different genes associated with fat and carbohydrate metabolism. The don’t reveal which genes (and don’t specify why not), nor do they provide any evidence that this approach is effective for weight loss.

Although there are plenty of scientific references on their website, none of the papers address the concept that “your genes are making you fat”. And they don’t cite any published studies examining the success, or otherwise, of diet programs tailored to your genetic profile. 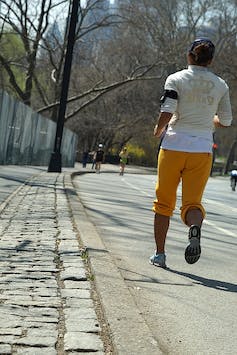 That’s not to say their program doesn’t work – it probably does. It’s a weight management plan, guided by health-care professionals, and includes branded weight-loss shakes, nutritional supplements and physical activity.

It’s interesting to note that MyGene is endorsed by the Pharmacy Guild of Australia and, like several other recent partnerships, this has caused some controversy, especially since the program was branded a gimmick by experts.

This is the same Guild that earned the scorn and outrage of pharmacists and consumers alike for the recent Blackmores supplement up-sell scheme (or Coke-and-fries-gate) which was subsequently dropped like a hot potato.

In a time when obesity is increasing and leading a rise in diabetes and heart disease, it’s important that we are aware of the health implications that our lifestyles bring.

But in the quagmire that is the diet industry, pharmacists would be better served if they offered clear and simple advice on effective ways to lose weight, instead of confusing the issue with celebrity-endorsed products and sophisticated but misleading marketing.

Weight loss is hard enough as it is.

This is the tenth and final part of our series . To read the other instalments, follow the links below: