Welcome to part nine of The science behind weight loss, a Conversation series in which we separate the myths about dieting from the realities of exercise and nutrition. Here, Lennert Veerman, Senior Research Fellow at the University of Queensland’s School of Population Health, assesses the cost effectiveness of prescription weight-loss medicines:

If you have a problem with your health and visit a general practitioner, you might be prescribed medication to alleviate symptoms and make you feel better.

But what if your health concern is excess weight?

Pharmacology is just one of several options to treat obesity, along with lifestyle changes and the more radical option, bariatric surgery.

So how effective are weight-loss drugs? And are they worth the cost?

An earlier 2008 systematic review found most published studies reported anti-obesity medications were cost effective. So we were initially optimistic our review would uncover similar findings.

The most commonly prescribed drugs to aid weight loss are sibutramine and orlistat.

Sibutramine (also known under trade name Reductil) belongs to a class of drugs called norepinephrine and serotonin reuptake inhibitors, which are usually prescribed to treat depression. Sibutramine is thought to aid weight loss by suppressing the appetite and increasing metabolism.

Orlistat (Xenical) is a lipase inhibitor which appears to aid weight loss by preventing the digestion and absorption of dietary fat.

Both were available in Australia and subsidised under the Pharmaceutical Benefits Schedule (PBS) until late last year, when sibutramine was withdrawn due to safety concerns.

In our study, we assumed obese patients would take orlistat or sibutramine as directed, for a period of 12 months. But trials have shown that about half the participants using sibutramine and one third of orlistat users had stopped before the end of the year.

This may have been because they experienced some common side effects, such as increased blood pressure for sibutramine and abdominal complaints for orlistat.

On average, people who started taking sibutramine lost 4.5 kg from the drug alone. For orlistat the average weight loss was 2.9 kg. But this wasn’t sustained.

The little available evidence shows that once people stopped taking the drugs, they quickly regained the weight they had lost. After about a year, they were likely to be at their original weight.

(Interestingly, the weight lost through diet and exercise interventions also came back but around four times slower, as participants gradually reverted to their old habits.) 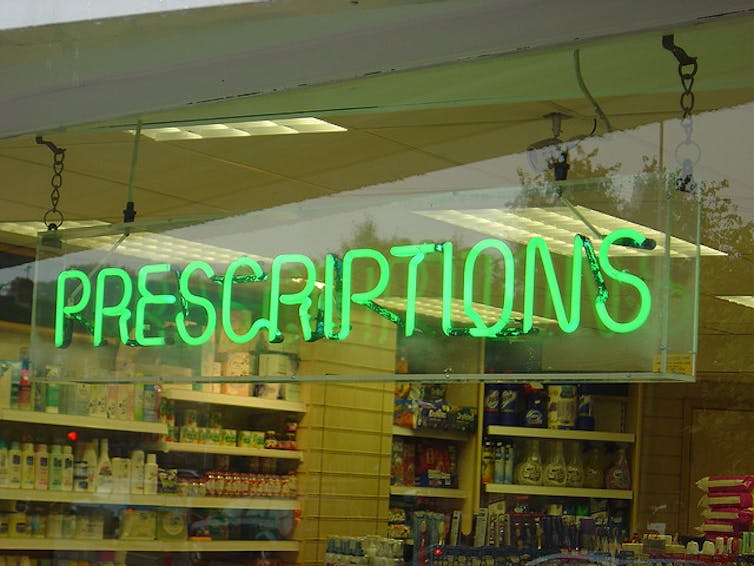 One year of treatment with either drug costs around $1,475. Quite an expense for just a few kilograms of weight loss over a short period of time.

But in assessing the cost effectiveness of a medicine, we need consider how the benefits of person’s weight loss will reduce the cost of their health care later in life.

On average, every “healthy life year” gained with sibutramine cost about $140,000. This means a large number of people need to be treated with the drug before it adds up to gains that equal one year of good health. Orlistat allows “buying” healthy life years at a net price of around $240,000 each.

Using this cost-effectiveness threshold, neither obesity drug seems to be a very good buy. Further, they only reduce the rates of obesity-related disease – such as type 2 diabetes, heart disease and osteoarthritis – by a small percentage.

Our results aren’t in line with most previous studies, which concluded both drugs offer good value for money.

Several factors may have contributed to this discrepancy, including incorrect assumptions that:

Another consideration is that 11 out of the previous 14 studies were paid for by the pharmaceutical company that marketed the particular drug.

The few independently funded studies found much less favourable results, with an average of €62,000 (A$82,000) per healthy life year for independent studies, compared with €15,000 (A$20,000) for industry-sponsored studies.

Cost-effectiveness analysis is a process in which many decisions add up to rather opaque models. You can achieve almost any result you want by tweaking the assumptions. So studies funded by parties with vested interests ought to be treated with caution.

It’s important to note that side-effects of drugs may only become evident after some time. Sibutramine is a case in point: it was taken off the market last year because trials showed it increased the risk of heart attack and stroke.

So it’s clear that current obesity drugs aren’t the silver bullets that will halt or reverse the obesity epidemic.

Well-designed diet and exercise interventions are less expensive and more effective than current pharmacotherapy. But the best bet for lasting weight loss is to change our “obesogenic” environment, through limiting the availability and advertising of unhealthy foods.

This is the ninth part of our series . To read the other instalments, follow the links below: