Welcome to part four of The science behind weight loss, a Conversation series in which we separate the myths about dieting from the realities of exercise and nutrition. Here, Deakin University Public Health Research Fellow, Gary Sacks, explains how a new online tool can help users estimate their weight loss, based on their diet and activity:

As governments around the world struggle to tackle rising obesity levels, many people are also fighting their own personal battles to lose weight.

A recent Lancet article I contributed to sheds light on popular myths about weight loss and helps explain what really happens to our bodies when we’re trying to lose weight.

There’s a common myth about the amount of weight that can be lost from a reduction in energy intake (calories).

For decades, a high proportion of doctors and dietitians worked on the incorrect assumption that cutting 2100 kJ (about 500 calories) of energy intake every day would result in steady weight loss of about half a kilogram a week.

But this assumption ignores adjustments in the body that take place in response to any change in weight.

What actually happens is that the body’s composition and metabolic rate change after the initial loss of weight, and this leads to a plateau in weight loss.

The use of this incorrect dieting rule leads to unrealistic expectations for diet plans and may help explain why even resolute dieters often fail to reach their target weight.

New research, led by researchers based at the National Institutes of Health (NIH) in the United States, has led to more accurate calculations of how much weight someone can be expected to lose in response to changes in energy intake or physical activity.

The rough dieting rule for a typical overweight adult is that a change of energy intake of 100 kJ per day will lead to an eventual body weight change of about one kilogram, with half of that occurring in the first year. 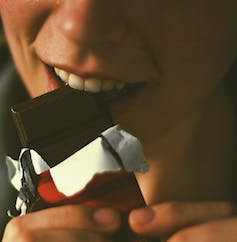 So if, for example, you decide that from now on you’re not going to have the 1000 kJ chocolate bar that you have every afternoon at work, you will lose weight until you eventually reach a plateau at about 10kg less than your starting weight.

The time course for that change is far longer than commonly thought, and it will take three years until you are 95% of the way to the plateau.

Generally, heavier people can expect greater weight change with the same change in diet, although they will take longer to reach a stable weight compared with those who weighed less to begin with.

The typical pattern of weight loss is that people on a diet lose weight quite quickly at first, reaching maximum loss at around six months, and then their weight slowly creeps back up.

This is almost always in direct response to eating patterns going back to the level they were at in the first place.

The best way to reduce weight is to do it slowly and gradually, taking off a little bit at a time.

But people generally want to achieve quite a lot of weight loss in a short period and so they end up dropping their energy intake down to levels that are not sustainable.

There is very little good evidence about the relative success of different diet plans, such as high-protein or low-carbohydrate diets.

All diets with similar energy (calorie) content have a similar effect on weight loss in the short term. This is because the body adapts rapidly to changes in relative protein, fat and carbohydrate intake levels.

Little is known about the long-term effects of different diets because it’s very difficult to accurately measure and track what people are eating over a long period.

But there’s quite a lot of evidence that the more physically active you are, the less likely you are to gain weight.

For the sake of losing weight, though, exercise has been shown to be a relatively weak strategy by itself. 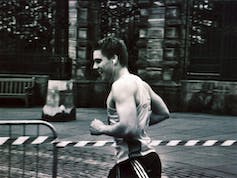 The problem with exercise alone is that, first of all, a lot of very overweight and obese people find it difficult to exercise. Secondly, taking up exercise often stimulates an increase in appetite that offsets the extra calories burned.

And, lastly, you have to do quite a lot of exercise to get the calorie reduction that’s needed to reduce weight. So exercise should be seen as more of a weight maintenance strategy.

A new web-based tool developed at the National Institutes of Health can be used to estimate what weight changes you can expect for yourself.

It’s clear that losing weight is difficult and requires a sustained effort over a long period.

So obesity levels are unlikely to reduce without government policies that help make it easier for people to make healthy choices over the long term.

This is the fifth part of our series The science behind weight loss. To read the other instalments, follow the links below: