There will always be people extolling the virtues of eating less and moving more for weight loss. But while this may work for overweight people or the newly obese, it’s woefully inadequate for most people who’ve carried excess weight for decades.

While prevention is undoubtedly the best cure for obesity, better treatments – including anti-obesity drugs – are desperately needed for the 671 million people worldwide who are already obese.

Weight loss through dietary modification, exercise, or diet and exercise combined, results in powerful adaptive responses that leave people feeling significantly hungrier, as well as with reduced energy expenditure (the number of kilojoules the body burns through processes such as heart muscle contraction, keeping warm and physical activities).

This “famine reaction” is part of the reason for the weight regain that so many people experience after weight-loss programs.

Drugs that either reduce appetite or increase energy expenditure – or both – could help people overcome this reaction, increasing their chances of keeping the weight off after weight-loss interventions.

A glimmer of hope

But medications for weight loss have a frightfully chequered past. Almost all the pharmaceutical products that broke through to the market place are no longer legally available anywhere in the world due to safety concerns.

These drugs often act on the brain to affect appetite and energy expenditure. And because the brain controls so many vital functions, including the heart, digestive and reproductive functions as well as emotions, the drugs often have undesirable side-effects such as increasing cardiovascular events or elevating the risk of suicide.

In Australia, only two of five drugs still have approval from the Therapeutic Goods Administration for use as weight-loss agents (phentermine, which is sold as Duromine, and orlistat, which is sold as Xenical). In the United States, topiramate (an anticonvulsant medication sold as Topamax) is also legally available when used in low doses, in combination with phentermine.

While these drugs offer some help to people who have been obese and are struggling to keep weight off, they’re not the perfect solution. All have side effects, and phentermine is only effective for around 12 weeks, after which the body develops tolerance.

But two papers published recently in the journal Cell offer hope. Scientists have discovered a pathway that could lead to new medications to help people to lose excess weight and keep it off. 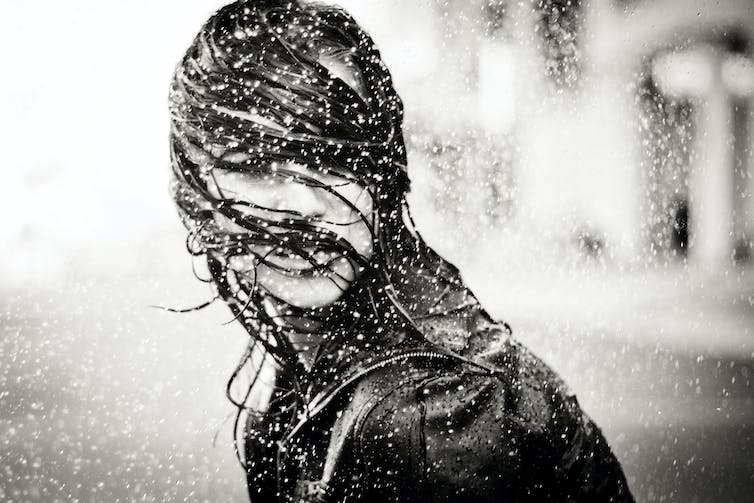 The science of this new discovery

This is what you need to know to understand why this new research is a breakthrough in the field.

Young adult humans have a type of fat cell (adipocyte) within their fat depots (white adipose tissue) that are capable of transforming from energy-storing cells that stockpile fat into “furnaces” that burn fat. This generates heat, increases energy expenditure and reduces body fat levels.

The transformation is triggered when a young human or animal is exposed to cold temperatures (during winter, for instance), or in response to strength-building resistance training. The transformed cells turn beige from the colour of the large number of energy-burning mitochondria they contain.

Since the discovery of beige fat in adult humans, scientists have been trying to work out what it is about the response to cold or strength training that makes white fat turn beige. That mechanism could become the target for drugs to help people lose excess weight and keep it off.

Using different strategies, two teams of scientists who have published research in Cell discovered that a type of white blood cell known as eosinophils migrates into white fat after cold exposure or resistance training.

These eosinophils release hormones that cause a type of immune cell within white fat to produce another hormone, which entices neighbouring white fat cells to turn into beige fat cells.

It was previously thought that obesity treatments based on stimulating beige fat might require agents that act on the brain because it’s a regulator of processes that influence energy expenditure. Now it seems we could circumvent the brain to stimulate beige fat.

Medications based on this newly discovered pathway may have fewer side effects. But a note of caution, discoveries take years – often decades – to pass from bench to bedside, costing millions of dollars in research and increasingly rigorous safety testing to get there.

It will require years of research to determine the best way to intervene in this pathway. And ultimately, it’s likely that more than one such pathway will need to be manipulated in order to achieve clinically significant weight loss.

There will be better pharmaceutical agents to help treat obesity in the future, but it won’t be tomorrow.