Times have changed since moustachioed men hacked around France, riding steel-framed bicycles that weighed about as much as a modern hatchback while dressed head to toe in itchy woollen garments.

From ultra-lightweight carbon fibre frames to performance-assisting power meters, these are the innovations that are changing cycling by making you faster, safer and more geared up than ever. 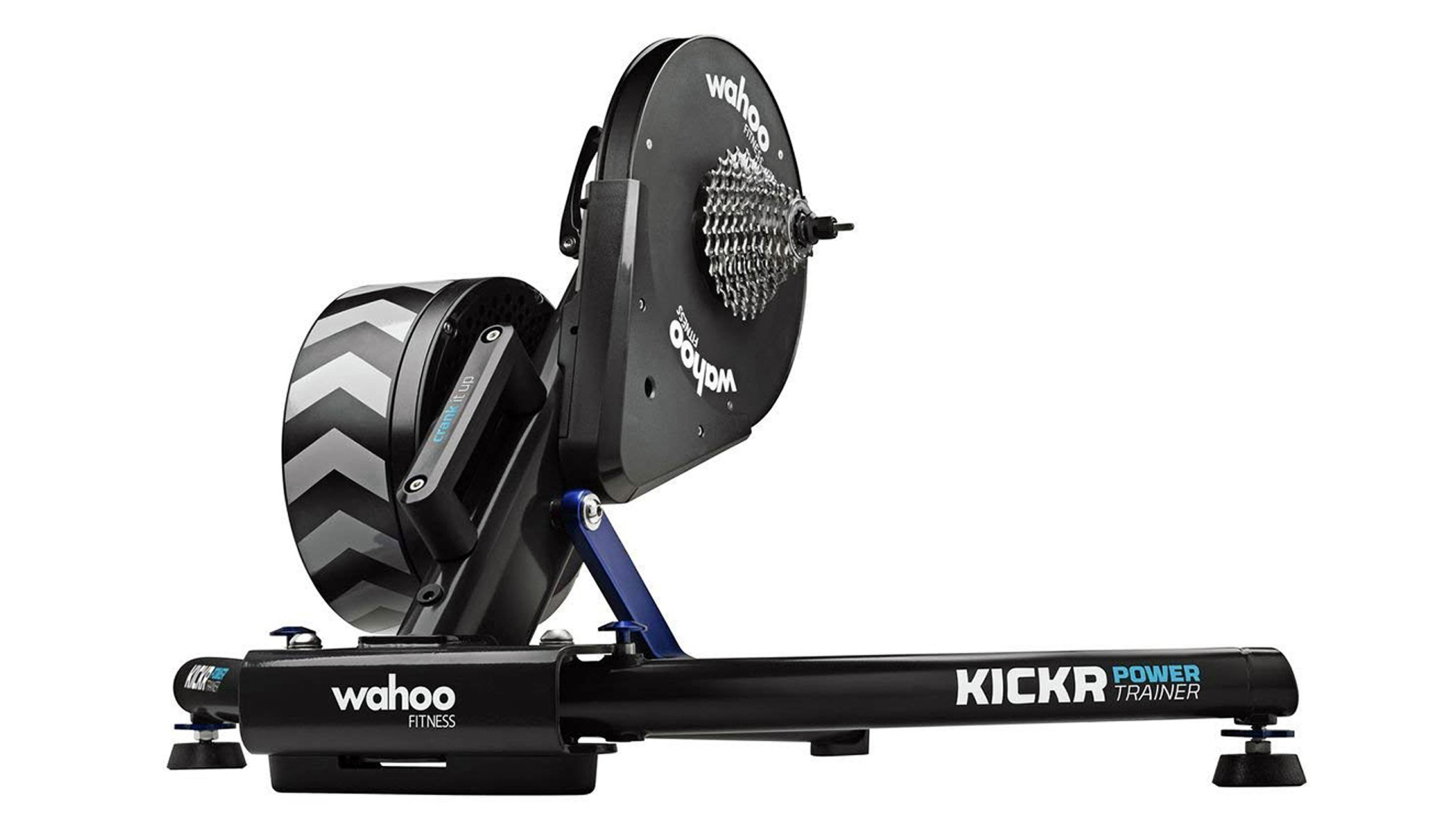 Until they invent a convertible hood and central heating for the modern bicycle, riding on two wheels during a torrential downpour, or through one of winter’s biting cold snaps, is rarely going to be pleasurable.

Today’s cycling devotee can ensure he or she remains in shape and at the peak of pedal-powered performance by investing in one of the myriad turbo trainers and indoor cycling solutions.

We won’t even touch on the exercise bike, as they are bulky and often don’t offer a realistic cycling experience, but will instead give credit to today’s turbos, which attach to the rear wheel of most mountain and road bikes.

Wahoo’s excellentmodel features its own rear cassette, allowing the owner to ditch the rear wheel completely and enjoy a stupidly realistic (and compact) workout from home.

The American cycling specialists have also recently added the Kickr Climb, which lifts the front of the bike to simulate gruelling mountain stages, as well as a Headwind gizmo, which actually blasts air at you to simulate riding really fast on the open road. A standard fan duct taped to a bar stool might suffice if you don’t want to part with the cash, but it won’t be quite as arduous.

Not to be outdone,– the other big name in turbos – has a trainer that can simulate cobbles. Perhaps its next device may even recreate the sensation of a drunk Frenchman throwing things at you while shouting “tricheur connard!”

More traditional turbo trainers that see the rear tyre sit on a roller (typically controlled by magnetic resistance) can be picked up for as little as £50 these days, but look out for top models by Wahoo, Tacx, Elite and CycleOps for the smoothest, least noisy and most realistic indoor riding experiences. 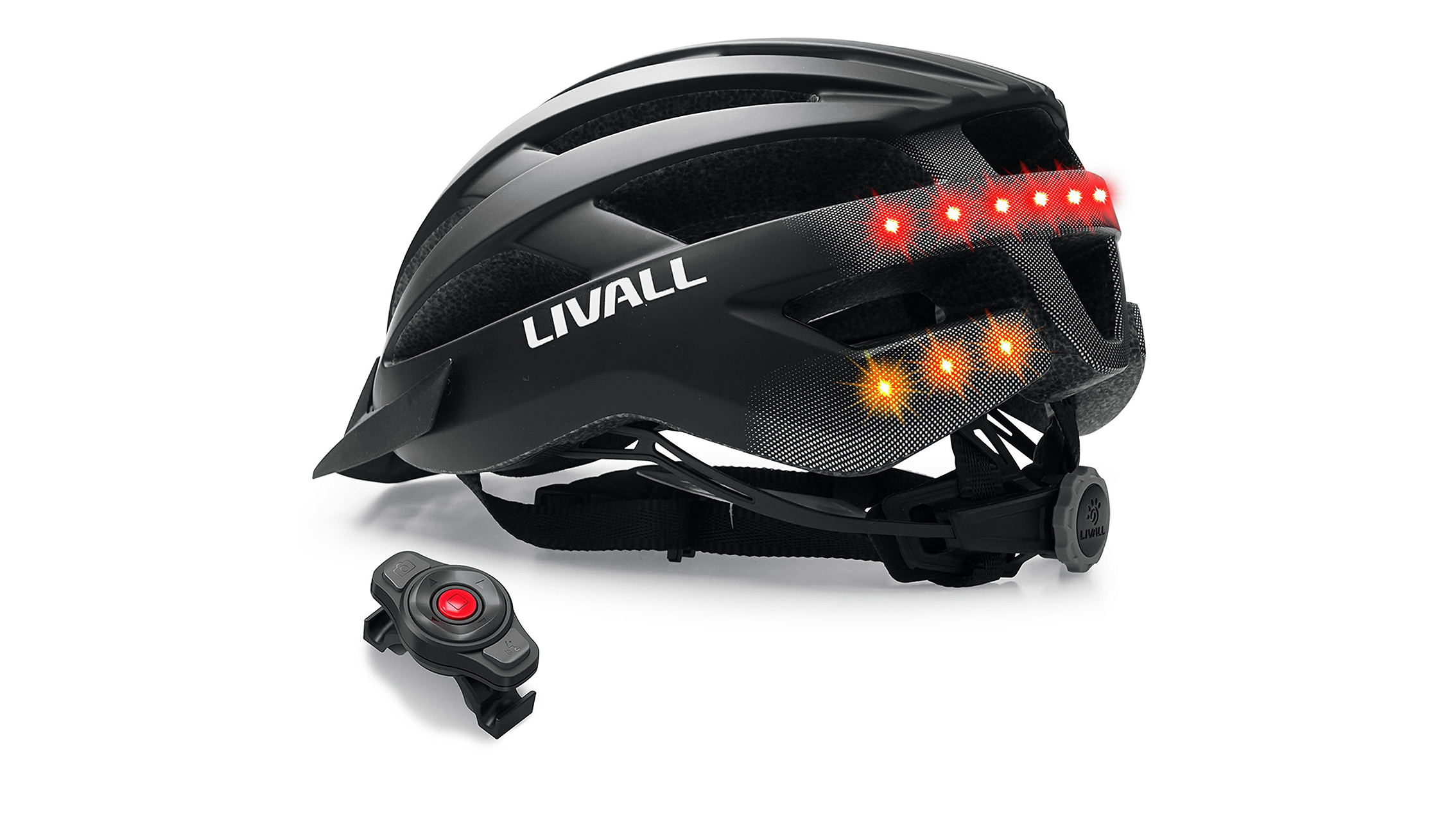 The widespread adoption of bicycle helmets has led to a massive reduction in catastrophic head injuries among casual cyclists – and also those who take their two-wheeled efforts a little more seriously. Plus today, helmets are adding advanced technologies previously associated more with cars.

Connected tech is creeping in that can detect when an accident has occurred and send a message containing GPS co-ordinates to a loved one, relative or – perhaps more usefully and less disturbingly – the emergency services.

The Livall MTL Bluetooth Enabled Smart Helmet does such a thing and also features amber indicator lights and an LED lamp on the rear for greater visibility when out on the road.

Meanwhile, over in safety-loving Sweden, the guys at Hövding have created the Airbag Helmet, a collar that uses accelerometers and sensors to first detect a crash, which in turn triggers an inflatable airbag that covers the neck and head like a giant, squishy hood.

As you can see, it works rather well.

3. Carbon fibre in everything 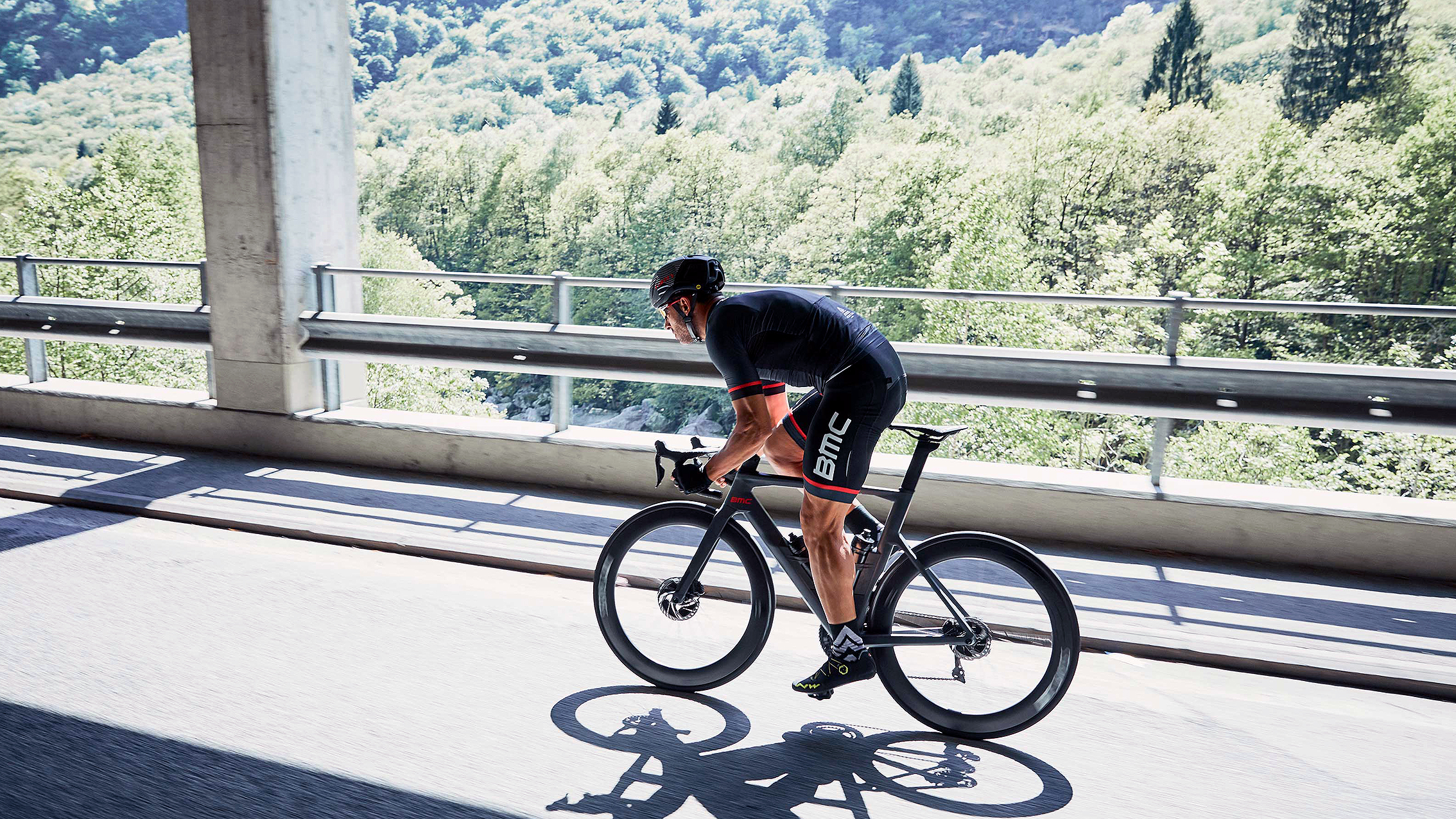 Yes, the major bike brands use carbon as a clever marketing ploy to separate more cyclists from their hard-earned cash, but there are plenty of reasons why most professional cycling teams incorporate the material, too.

It is strong, incredibly stiff (in the more expensive carbon lay-ups) and extremely lightweight, allowing riders to transfer more power through the pedals to the road and generally lug less mass up hills.

The material has become so advanced that the UCI now imposes a strict competition weight, meaning that as a non-pro, it is possible for you to purchase complete bicycles that are lighter than their competition counterparts.

Steel bike frames are arguably more robust and will tend to last longer, but there’s something so very appealing about racing on Formula 1 technology. 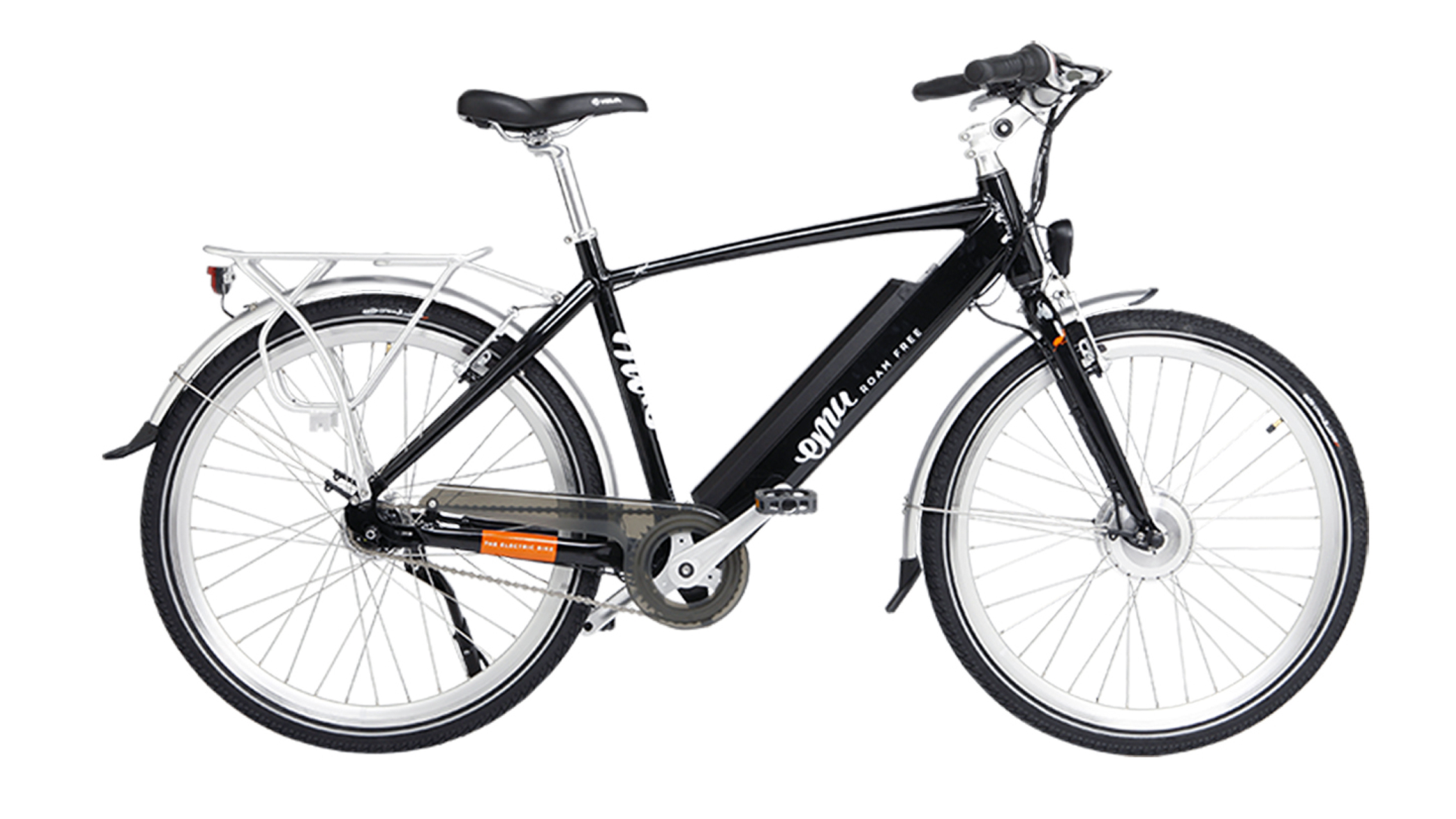 It might be very much outlawed from the professional sport but that doesn’t mean that the everyday cyclist can’t benefit from a bit of electrical assistance now and then.

In fact, the electric bike market has experienced an explosion in popularity over recent years, with European sales figures suggesting sales of electric bicycles have increased by 22 per cent since 2015.

With canny manufacturers such as Emu, Halfords’ Carrera brand and vacuum-cleaner-making outlier Gtech all offering powerful E-bikes for under £1,000, it slots these cruising commuter machines into the Cycle to Work scheme bracket.

In most cases, the bikes will feature a battery pack that’s stowed on the crossbar or neatly integrated into the frame, which powers an electric motor in the front or rear wheel.

Expect batteries to last anywhere between 20 and 70 miles on a single charge, while performance is typically limited to provide assistance up to speeds of 25km/h (about 15mph).

The E-mountain bike has also spiked in popularity, with downhill lunatics able to enjoy the descent without the gut-busting ride back to the top. 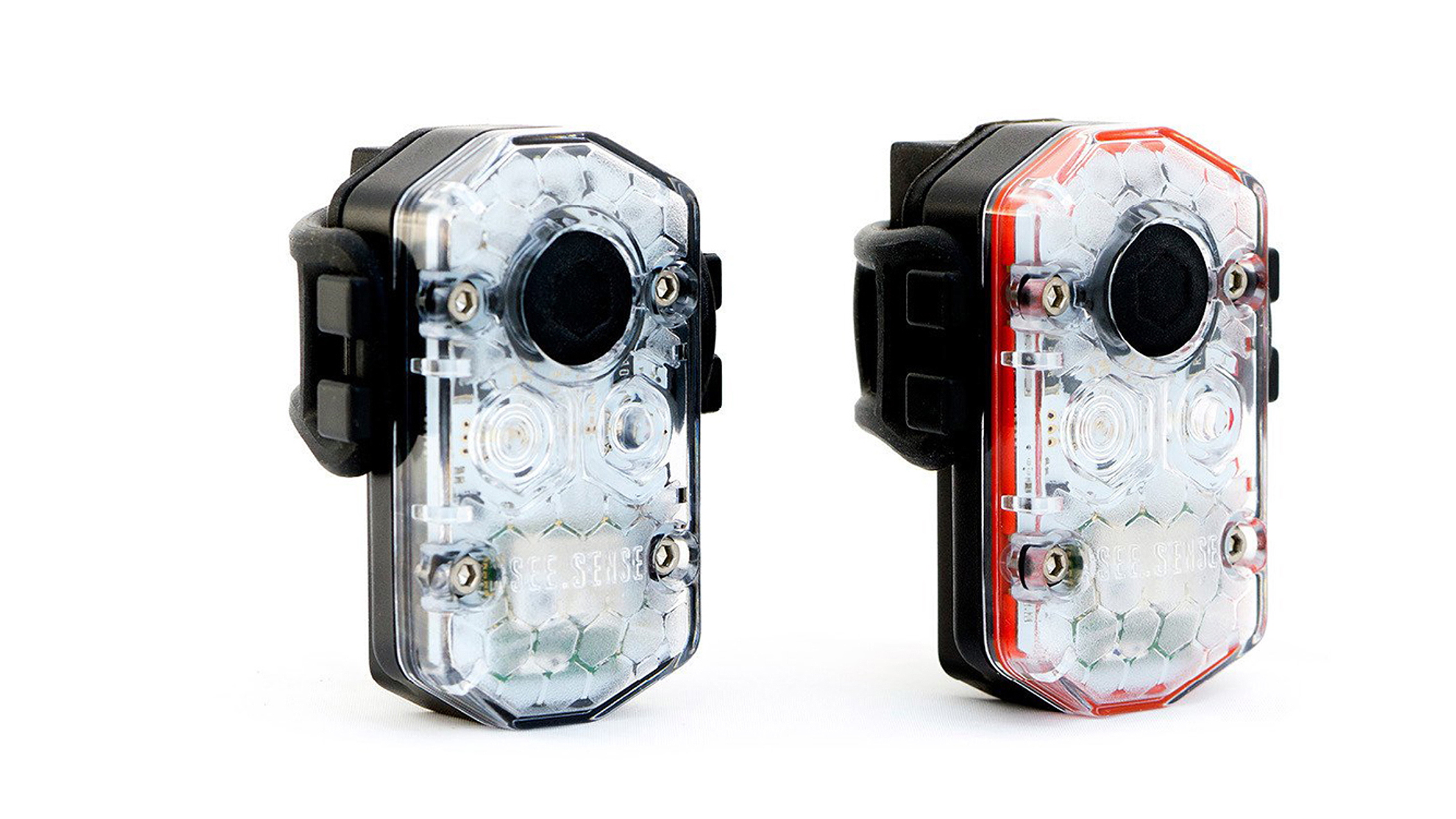 The use of ultra-bright LEDs can be seen across the automotive industry, with modern cars ditching old-school bulbs for piercing LED lamps in the search for greater visibility.

Bicycle lights have also done the same and it is now possible to project 700 lumens of ultra-bright light from a package that’s not much larger than a Snickers bar (albeit the old bars, not the tiny new ones). The , for instance, incorporates a pair of LEDs for maximum performance.

However, lights are doing a lot more than illuminating the road ahead, as smart units such as theflash brighter at dangerous junctions and connect to a smartphone app to detect accidents and inform a chosen contact of an accident. 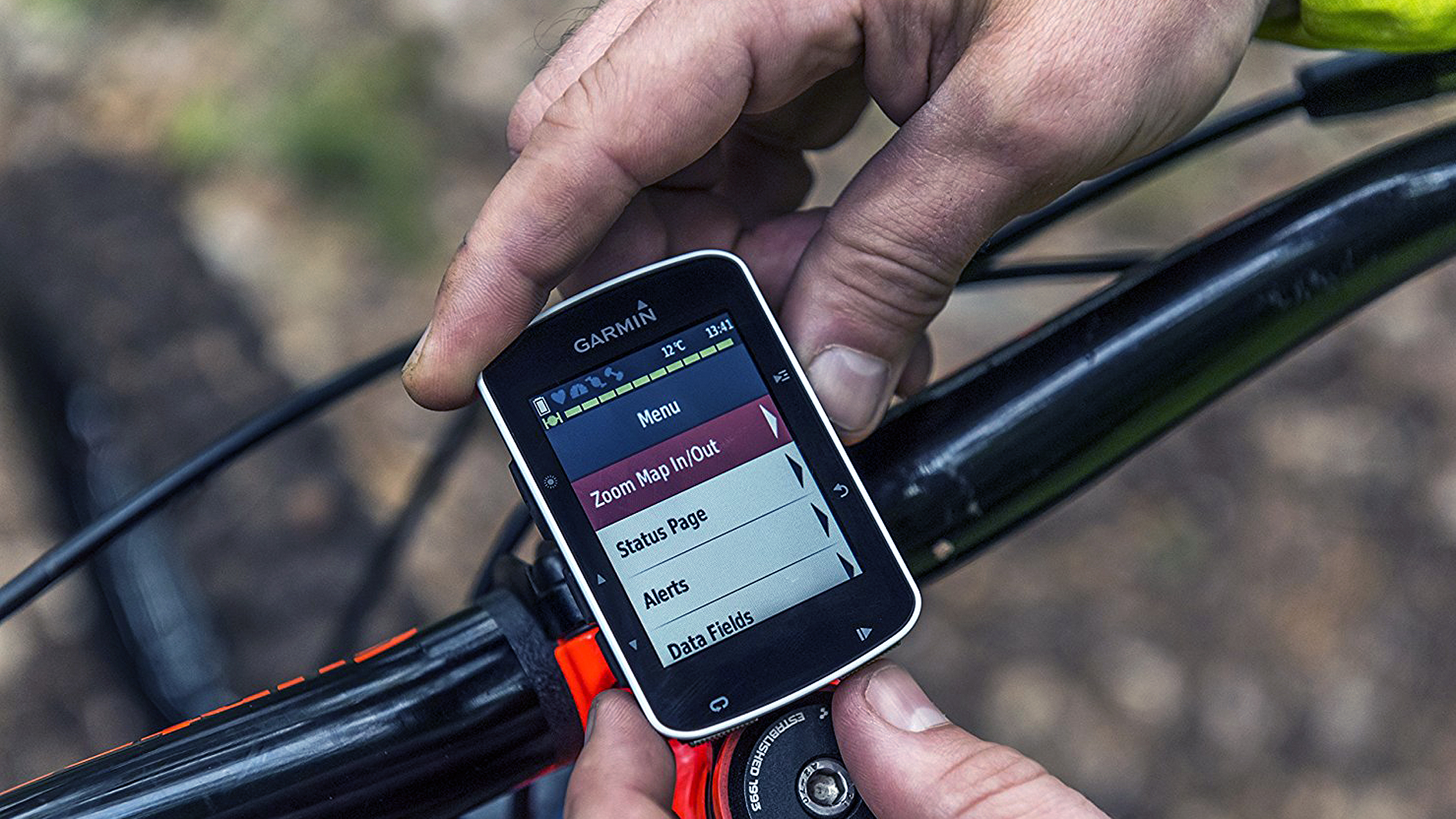 Whether it’s the endless pursuit of demolishing Strava Segments, attempting to improve on a local climb time or simply receiving turn-by-turn directions so you don’t get lost, the modern cycling computer can do it all… and more.

Garmin has long been at the forefront of this technology and itsmodel is often found in the professional peloton thanks to its compact proportions and powerful performance.

Wahoo, Lezyne and Mio all now offer impressive alternatives. When paired up with cadence sensors, power meters and heart rate monitors, they offer a comprehensive look at every aspect of a cyclist’s performance.

This article is part of our  series, brought to you in association with Honor.