One of my favourite running shoes recently have been the Saucony Type A9 flat racing shoes which ended up on the best running shoes list for T3. Now, Saucony has just released two BRAND NEW pairs of running shoes, the Saucony Triumph 17 and the Saucony Guide 13, both utilising the cushioning power of the brand’s own PWRRUN technology.

Running shoes come in many shapes and sizes, literally, and some of them gets more attention than others. For example, the Adidas Ultraboost series is the most searched for running shoes in the UK while the Nike ZoomX Vaporfly NEXT% is deemed to be fastest road running shoe at the moment. The latter had such a profound impact on the world of running shoes that many running shoe manufacturers started producing their own Nike Vaporfly alternatives.

• Best Nike running shoe deals of May are ON: NEXT% in stock, HALF PRICE Epic React Flyknit and more right now 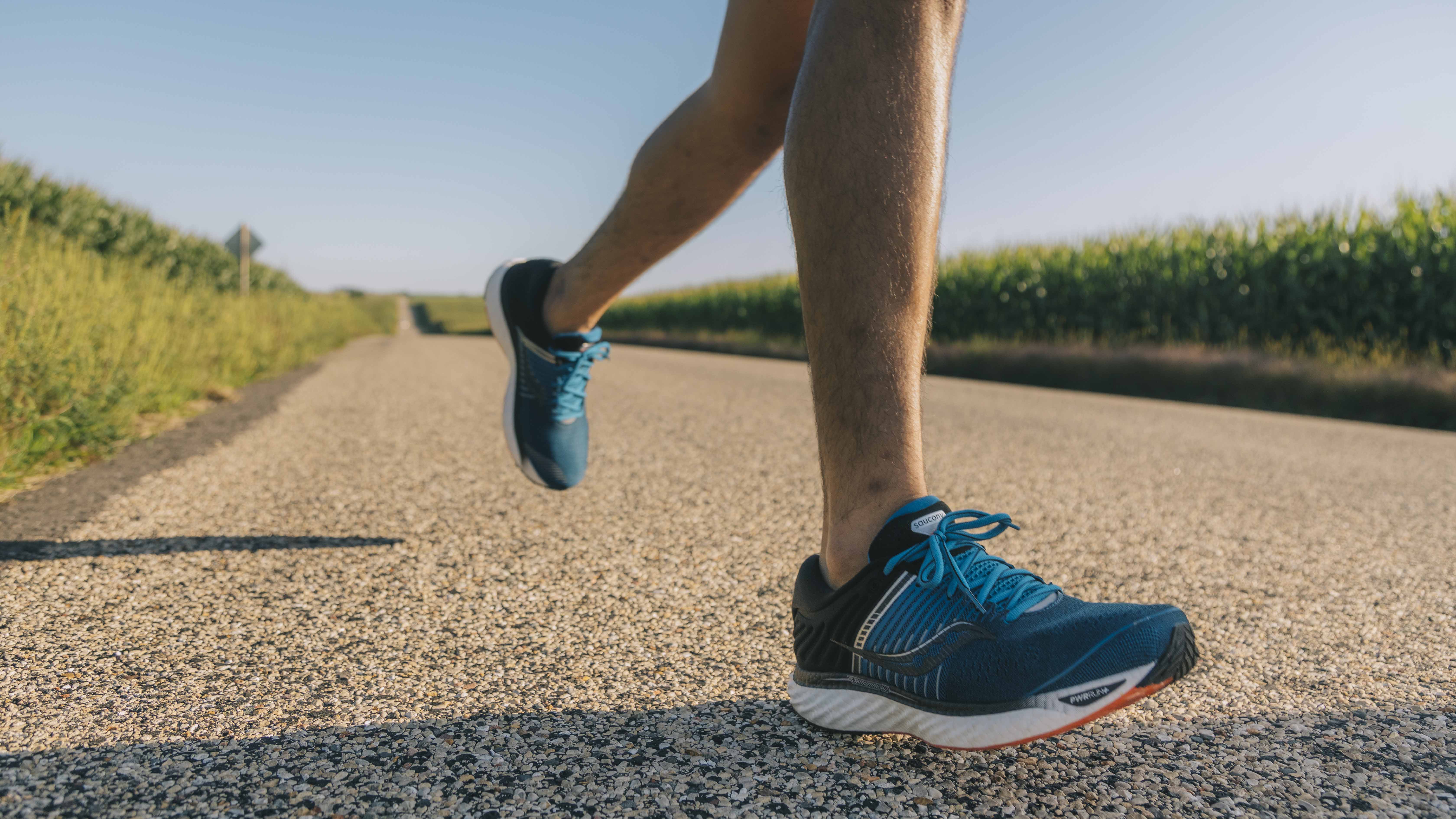 The Triumph 17 is Saucony’s most cushioned shoe to date, so if you like some springiness under your feet, the Triumph 17’s  PWRRUN+ will be up in your alley. The new cushioning is also 28% lighter than Saucony’s previous foam which is never a bad thing, especially on longer runs, where conserving energy is a runner’s top priority.

The Triumph 17 also benefits from the FORMFIT technology, Saucony’s 3D approach to fit that consists of an an underfoot cradle construction that is topped with cushioning that shapes to your feet, plus upper materials that flex, stretch and protect.

On top of PWRRUN+ and FORMFIT, the Triumph 17 uses a new type of geometry at the heel and toe. An engineered mesh upper with 3D print overlays also provides added flexibility as well as structure. Reinforcing its immense durability, the Triumph 17 has a crystal rubber TRIFLEX outsole to make quick transitions easier.

The Triumph 17 comes in Blue/black, Grey/yellow and Black colourways for men (310g) and a choice of Blue/aqua, Sky grey/coral and Black (267g) for women. 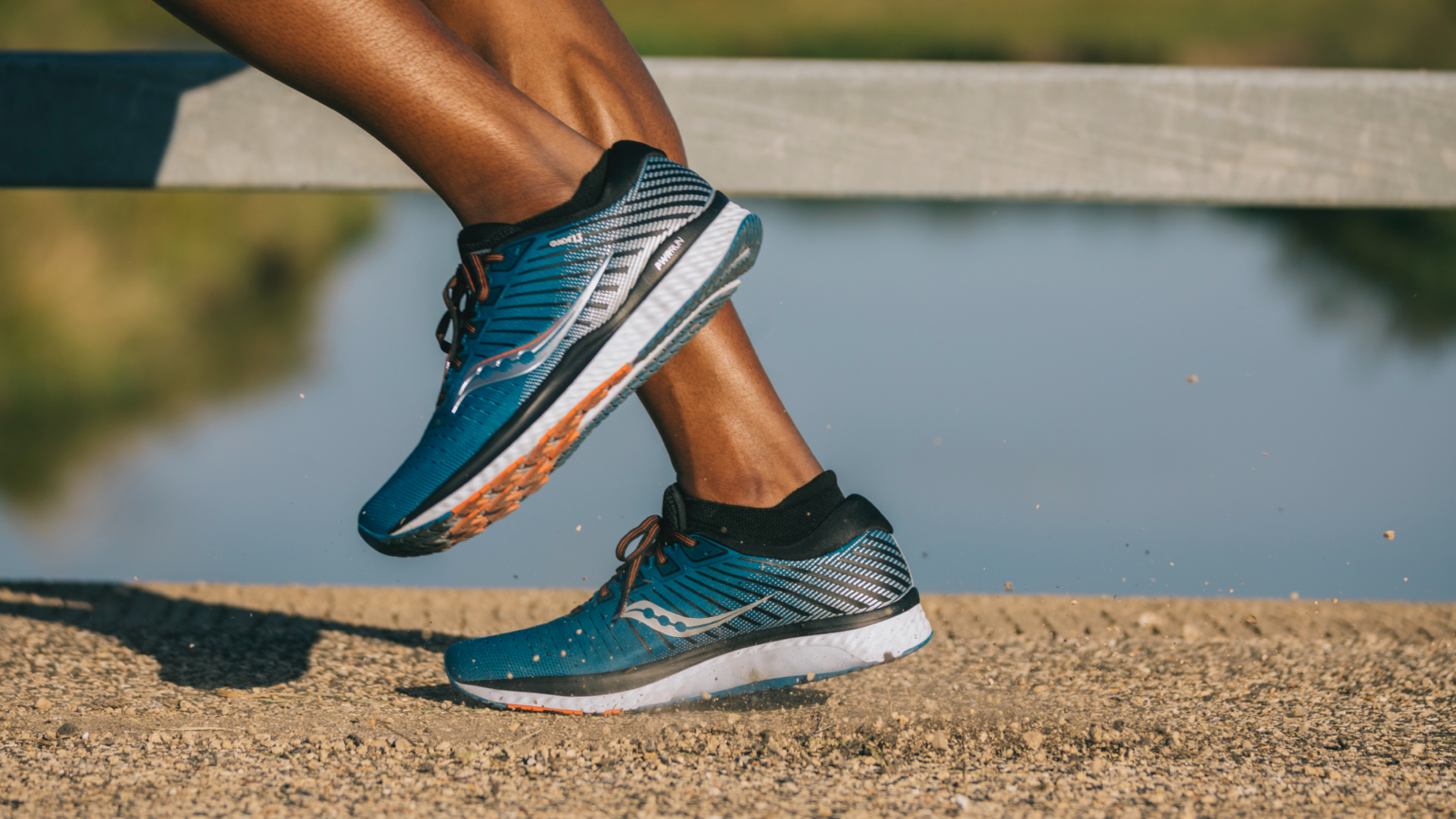 The Saucony Guide 13 concentrates on cushioning, just like the Triumph 17, but it is aimed at 2-mile runners as well as marathon athletes. It uses the non-plus version of PWRRUN technology for underfoot cushioning.

Other tech involved in the Guide 13 are the new TPU guidance frame which guides your feet through the gait cycle and the TRIFLEX outsole, designed to increase traction across a variety of surfaces.

The Saucony Guide 13 also benefits from the FORMFIT technology, as well as the Triumph 17. Paying testament to the shoe’s versatility, the Guide 13 also possesses an engineered mesh toebox that provides structure and stretch where needed.

The Guide 13 comes in similar colours as the Triumph 17 too, Blue/black, Grey/yellow and Black for the men (289g) and a choice of Blue/aqua, Sky grey/coral and Black (264g) for women.