Looking to concoct the perfect post-workout shake? The best protein shake blenders will pummel protein, crush ice and pulverise fruits as well as vegetables to create the smoothest pre- and post-workout shakes the world has ever seen.

As a matter of fact, actual workouts matter less when it comes to building muscles – or losing fat – than what you eat and how balanced and nutritious your diet is. The muscle building process starts in the kitchen and maintaining a healthy, protein-rich diet is more important than lifting the heaviest dumbbells and barbells you can find in the gym.

Protein shakes are synonymous with bodybuilding although taking in more protein can help weight loss as well as aid muscle recovery in any sport. The best protein shake blenders can also be used to create delicious smoothies for when you can’t be bothered to cook a whole meal (or can’t stomach another portion of chicken and rice). 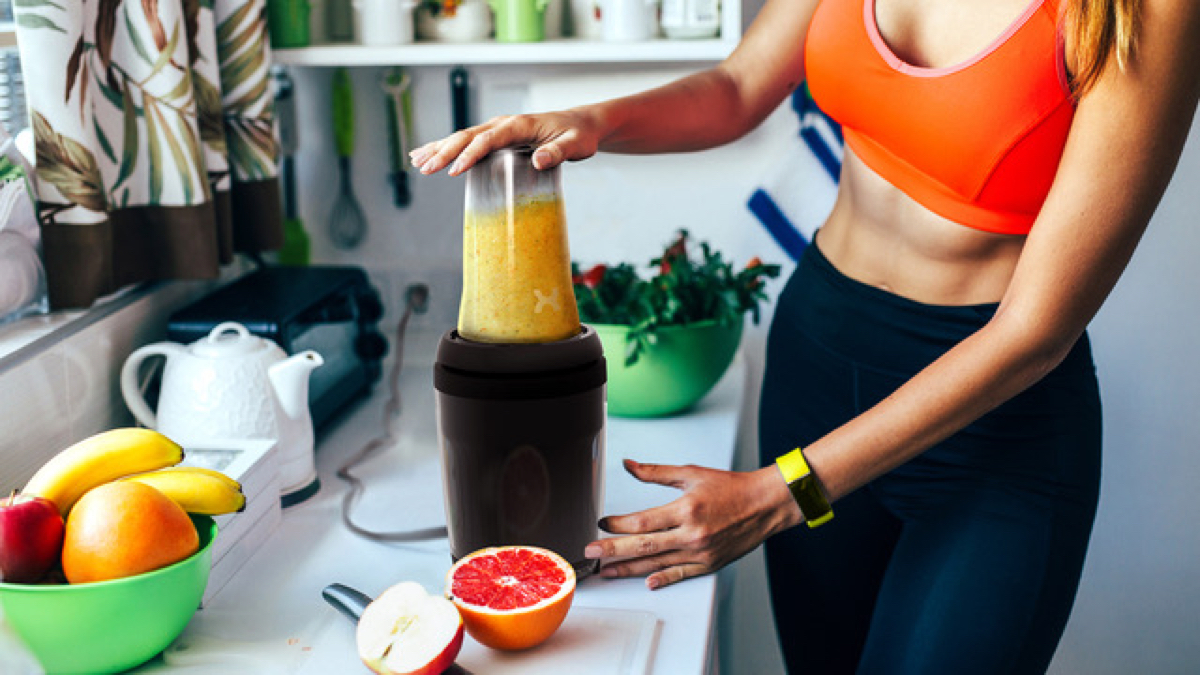 How to choose the best protein shake blender

Even if you are ‘just’ having simple protein shakes made of protein powder and water/milk/milk alternative, the below blenders will help froth the shakes up so they feel richer and more filling. Better still, some of them, like the Promixx MiiXR+ Stealth, will do the mixing without you having to shake your arm even once.

One thing to consider before you buy is the size and the quality of the bottles that comes with the protein shake blender. You want them to be easy to clean, sturdy and ideally, the set should also include some leak-free lids as well.

Even more importantly, the blender itself should be powerful enough so you don’t have to run it for half an hour for the mix to be smooth enough. Anything over 500w is a good start but aim for 600-700w if you want to make shakes in a matter of seconds.

There is also the question of blade-attachments: the best blenders use sophisticated blade patterns that create a whirlpool and pulverise everything that goes in the blender bottle, let it be fibrous vegetables or frozen fruit.

Of course, you can just use a ‘normal’ household blender to do the job but they are most usually not optimised for smoothie/protein shake making and don’t come with bottles and lids suitable for on-the-go shake consumption. 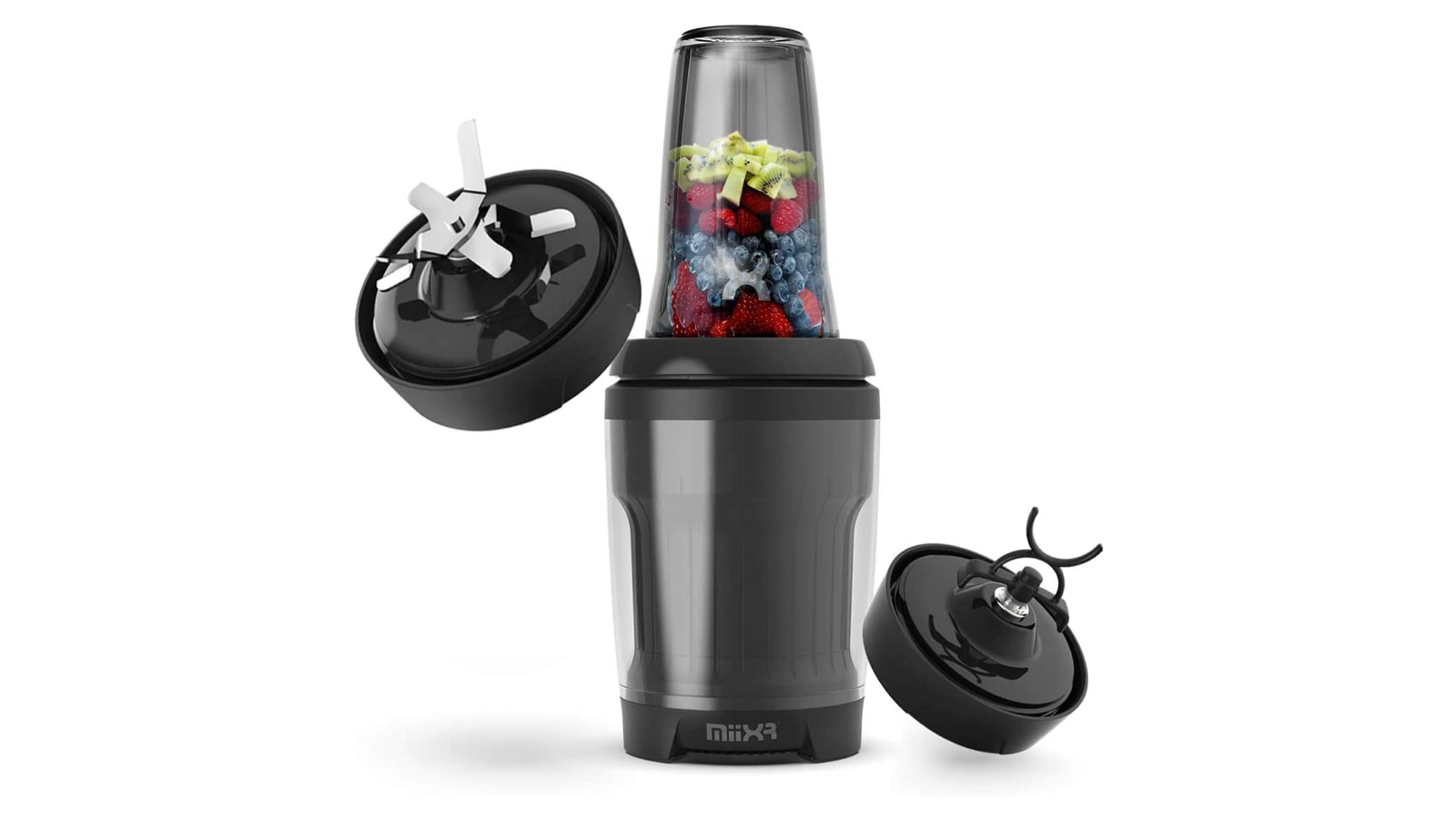 The Promixx MiiXR X7 might have a hefty price tag, but it is also probably the best-value-for-money protein shake blender on this list. For the premium price tag, you get a sturdy base with a powerful motor (700w) that blends and shakes everything you add to the mix in seconds. This is a performance blender, after all, and the blades are rotating at an astonishing 20,000 times per minute.

You also get two blade attachments, one for blending and the X-Blade for shake mixing. According to Promixx, the blender attachment “unlocks optimal nutritional performance” and although we think it would be quite a hard to prove or disprove this statement, one thing is for sure: the blades do their job pretty well and quickly. When I tried the blender (almond milk/frozen raspberries, peanut butter, whey protein, spinach and linseed mix), I was surprised just how smooth the result was, and I only ran the blender for 3-5 seconds.

As well as the powerful motor, the Promixx MiiXR X7 set also includes two dishwasher-safe Tritan bottles and two leak-proof lids as well. The bottles have a large mouth on the top and could be used a ‘traditional’ shaker bottle – after you tightened the lid, of course. Thanks for the aforementioned large mouth, the bottles are easy to hand-clean too, so you don’t have to wait for the dishwasher to get full before you clean them.

If we wanted to split hairs we would mention that although the base houses a powerful motor, it is also rather bulky for a protein shake blender. Another issue is the X-Blade attachment: it sounds like an overkill to have a separate attachment just to mix powder with liquids. But as an additional item to an already great combo, it is not really a problem. It is also worth mentioning that the Promixx MiiXR X7 is not a quiet device, although it is a blender so I would assume no one expects it to be whisper quiet.

Probably the biggest name in the smoothie maker/blender game, Nutribullet raises the bar somewhat with its ability to liquefy ingredients like no other.

Its patented ‘cyclone technology’ and powerful 1000W motor crushes fruit and veg with aplomb, cracking stems, slicing through seeds and shredding tough skins to create drinks that do away with the pithy pulp that’s often found in other, typically cheaper blenders.

Technology inside the Nutribullet 1000 means it knows exactly when to speed up and slow down at various intervals throughout a 45 second auto-cycle, and shuts off automatically after optimum extraction, while a giant 930ml jug allows for batch protein shake making.

Overkill for a simple protein shake? We’d say so, but if you like to throw kale, spinach and other anti-oxidant rich veg into your daily drink, and don’t like any texture at all, other than a fine emulsion, this is the perfect machine.

Heston is an arrogant so and so, isn’t he? Only the shiny-headed experimental chef would label his takeaway blender ‘The Boss’, but he does have some credentials to back up his claim.

For a start, there’s a powerful 1000 watt motor and Sage’s Kinetix blending action, which is said to blend up to 42% finer than rivals. How they worked that out, we don’t know, but it does give results comparable to the market-leading Nutribullet.

Many will find the asking price for this protein provider a bit steep, but if your kitchen is already choc full of tech from Sage and other high-end, top-whack brands, it could be a must-have. 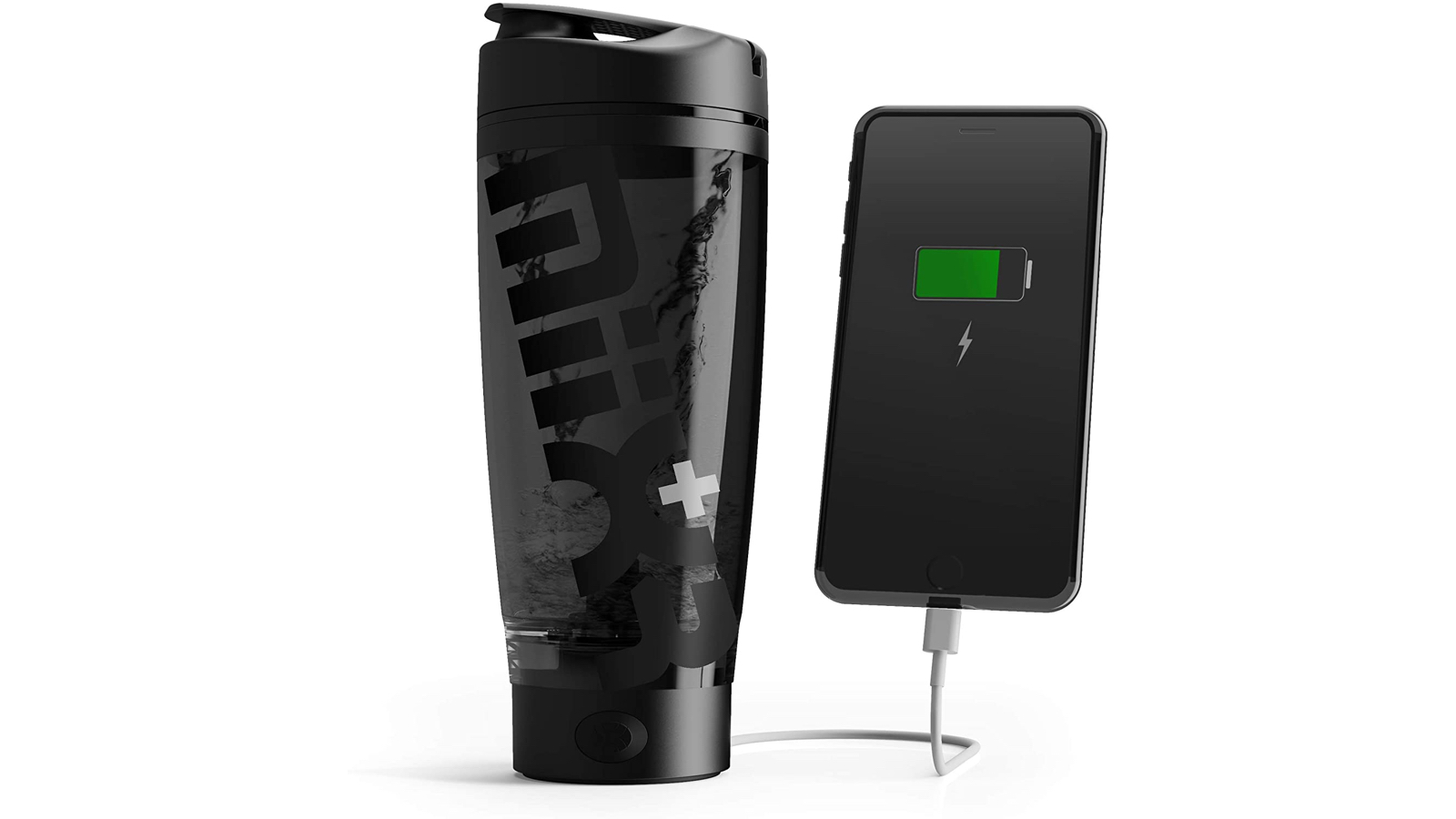 The Promixx MiiXR+ Stealth uses the smaller version of the X-Blade we have seen in the Promixx MiiXR X7 Performance Blender. The Stealth is as big as a regular shaker but has an attachment at the bottom that has two purposes: it spins the X-Blade that mixes your drink but it also functions as an external battery for your phone, should it run out of juice (pun intended).

The 5th generation MiiXR+ Stealth uses an impact resistant Tritan bottle – same material used for the bottles of the X7 – that is BPA and DEHP free too. Better still, there is little storage container called Instapod inside the bottle so you can keep your powder separate from the liquid until you’re ready to consume your shake.

Although the X-Blade is not removable, you can add warm water and washing up liquid to the MiiXR+ Stealth and clean it by turning on the X-Blade again. Of course, it requires the battery not to be dead, so if it is, make sure you rinse the bottle with some water so it is at least somewhat clean before you can clean it fully.

In all honesty, the Promixx MiiXR+ Stealth is just fun to use: a perfect gift to someone who likes gadgets as much as going to the gym. This protein shake blender comes with a1-year warranty too for added piece of mind.

It’s probably not going to win any Red Dot Design awards but the Breville Active is a great blend – ho ho – of affordability and functionality, with a handy takeaway sports bottle that makes transporting protein-based sustenance a doddle.

Making a great shake is as simple as loading up the bottle with fruit, veg, protein powder and liquid, screwing on the removable blade base, ensuring the cap is locked and hitting the ‘blend’ button.

The 300W motor and sharp blades are powerful enough to crush ice and do a good job of obliterating food matter into a tasty, drinkable format, while the Blend-Active’s design prevents powder collecting around the edges, for an ultra-smooth beverage.

Once blended, you simply screw the lockable cap onto the 600ml sports bottle and take it away. Zero fuss and less washing up faff than other models.

Admittedly, the motor isn’t powerful enough, nor is the capacity large enough, to accept and slice whole fruits and un-chopped veg, so there is a small amount of preparation involved, but it’s a very solid protein machine for the low cost.

Karate chop the crap out of your daily shake with Nutri Ninja’s powerful blending system, which uses a 900W motor, specially designed blades and a pulse button for dealing with the more stubborn end of the fruit and veg market.

It’s a simple but effective system that harnesses the power of a 21,000rpm motor to rip through ice, sliced fruit and even raw vegetables, with those patented blades doing a great job of not getting clogged up with pulp.

It also manages to be a lot quieter than some of the other models featured here and comes with two single-serve takeaway cups. It is not an attractive thing by any means, but then pumpin’ iron isn’t meant to be beautiful, dude.