Samsung has broadened its partnership with fitness brand Under Armour and announced a special edition of the Galaxy Watch Active2 aimed specifically at runners.

The watch has all of the features already present on the regular Watch Active2, but adds Under Armour branding and a range of running-focused features.

These include access to MayMyRun, the world’s largest fitness community, and a real-time coaching system that monitors your cadence and serves up visual and audio cues to help improve your stride and maintain your pace.

Samsung says how the watch gathers up data from your runs then uses this to deliver comprehensive feedback to help you adjust your performance during each workout. Afterwards, in-depth analysis and detailed coaching tips are available on your smartphone.

Included with the Galaxy Watch Active 2 Under Armour Edition is a free six-month trial of MapMyRun Premium, which gives access to training plans to help you get the most out of every workout. MapMyRun also connects to Under Armour’s HOVR smart running footwear. 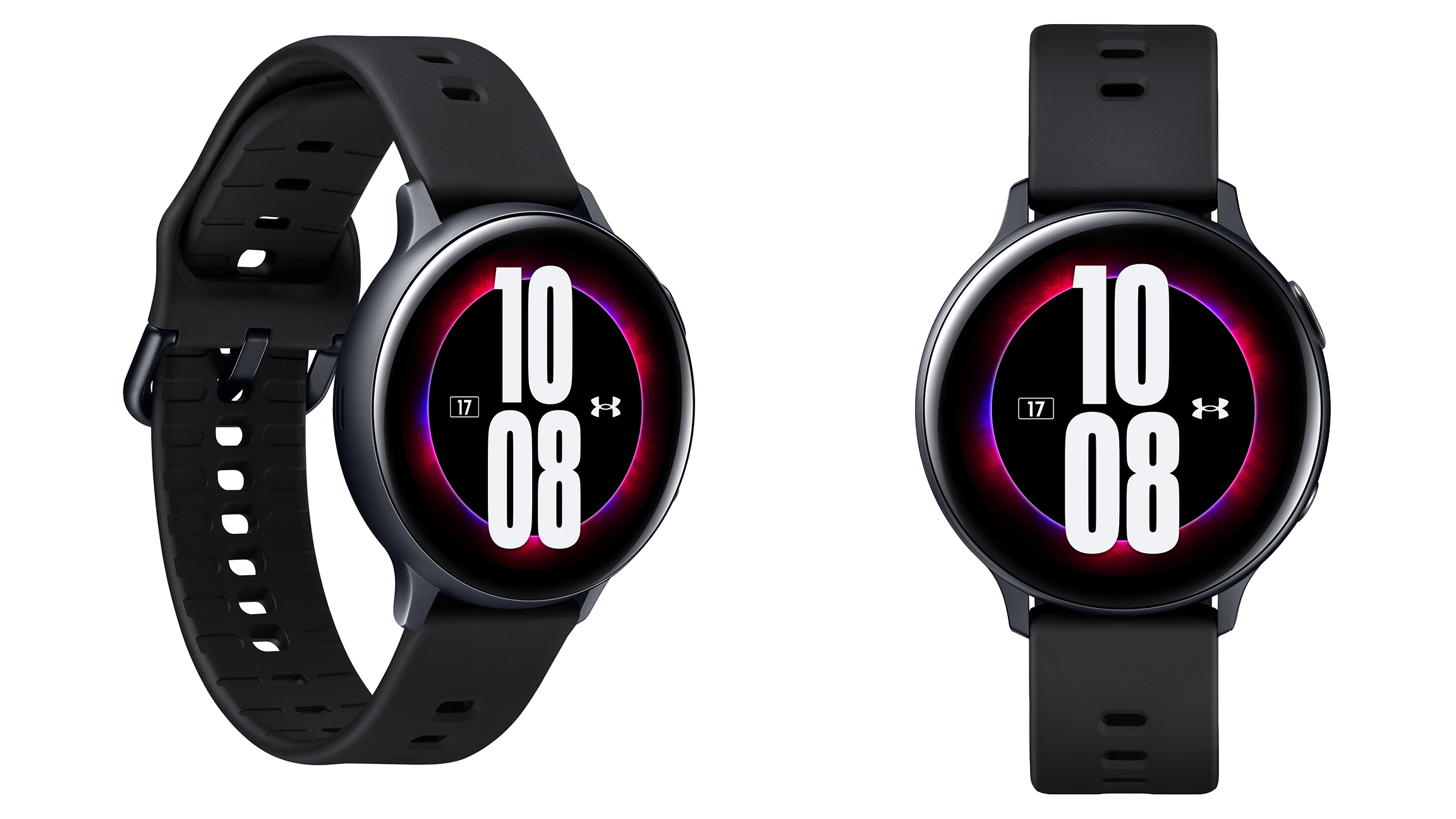 These shoes also pair up to the watch, which provides real-time stats on stride length, plus other fitness metrics gathered by the watch itself, like heart rate, pace and form.

Ad for the rest of the watch, it is the same as the regular Samsung Galaxy Watch Active2. This means case size options of 40mm and 44mm, an always-on, 360×360 resolution circular touch screen display, interchangeable straps, and 4GB of storage for music and apps.

The watch can also perform an electrocardiogram, track your heart rate, and is water resistant to 5ATM (around 50 metres). Navigating the watch’s Taizen operating system is down by swiping and tapping at the display as well as using two physical buttons, and swiping around the touch-sensitive bezel.

Although Samsung-centric, the watch works with iPhones and Android handsets from other manufacturers.

The Under Armour edition is available now in black or grey, and is priced from £299.