Casio has just announced the newest model of the GSQUAD range, the Casio G-Shock GBD-H1000, enabled with all the sensors you’ll ever need in a fitness watch, including an optical heart rate sensor, barometer and even GPS.

With the GBD-H1000, Casio is seemingly after active people who favour traditional watch brands, and find the look of the Fitbit Versa 2 and the Garmin Venu a little too wimpy. The Casio G-Shock GBD-H1000 will sell for £379 per unit, £200 over the Fitbit Versa 2’s usual retail price and on par with the Apple Watch Series 5, so we are expecting some pretty solid functionality for this price.

The specification sheet, sent along with the press release, has a lot to say, but as much as it teases a many very promising features, some questions are left unanswered (e.g. display resolution). What we know is that the Casio G-Shock GBD-H1000 will be shock resistant, water-rated to 200 metres (!), will use GPS/GLONASS/QZSS for position tracking (no GALILEO, though) and will sport a range of other sensors, such as:

Casio G-Shock GBD-H1000: all the fitness metrics you need (more or less)

Of the latter, Casio had the following to say: “By connecting the watch with a dedicated app on a smartphone, the user can manage measurement data history such as calories burned and logged travel.”

All this would not be needed for a pedometer so there is hope that at least some sport modes will be available pre-installed on the watch. 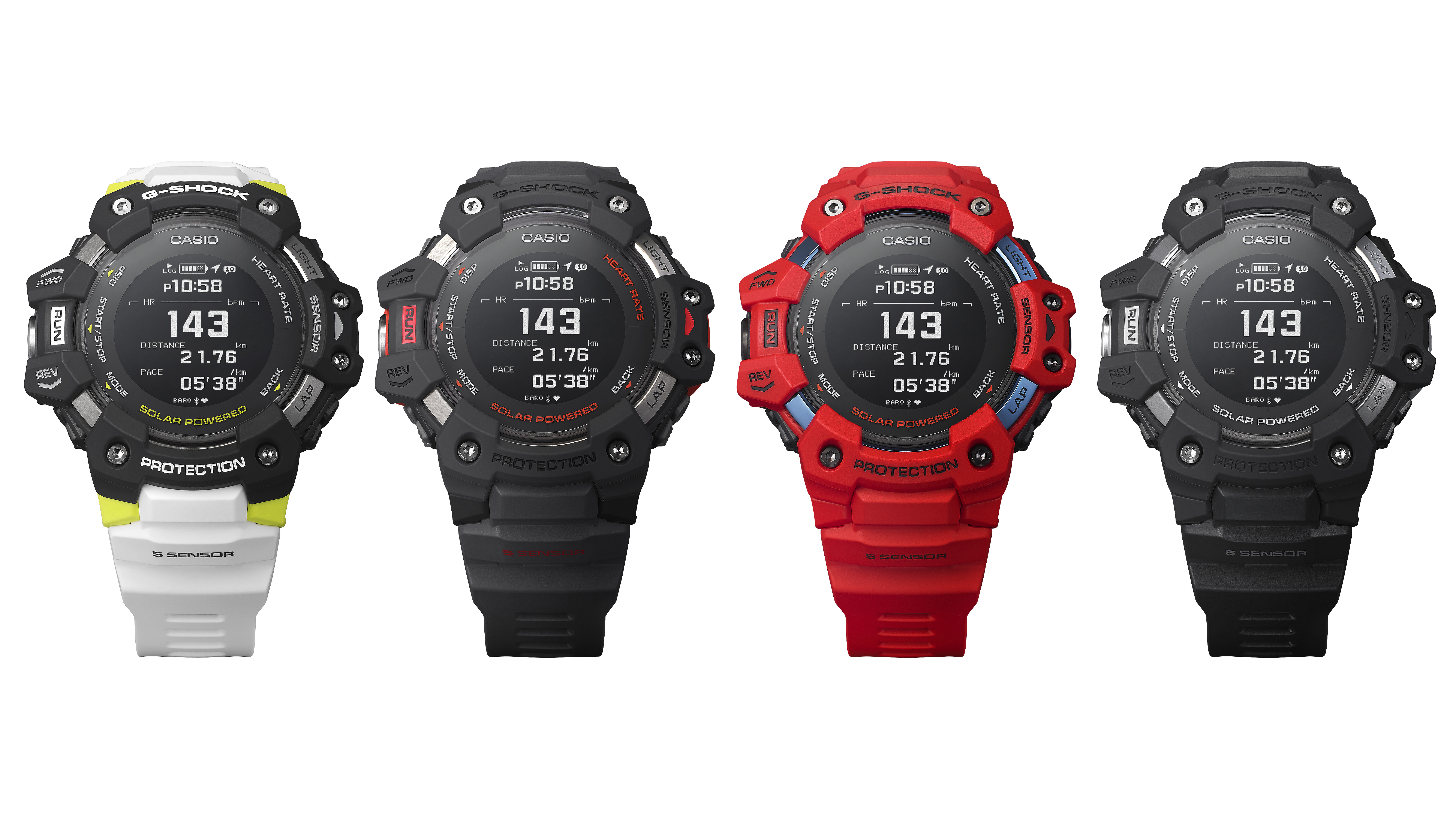 As for battery life, the Casio G-Shock GBD-H1000 can track 14 hours worth of exercising with the GPS on and will last in ‘time mode’ for about 12 months. The spec sheet also mentions a “solar-powered system (solar-charging system)”, we are yet to find out what is that about.