Ever wanted to workout like the SAS? Hot on the heels of this Navy SEAL workout, Battle Ready 360 is a new health and fitness programme from Ollie Ollerton and Jason Fox, Channel 4’s SAS Who Dares Wins stars and ex-military personnel. In case you aren’t familiar with the show, it pits civilian ‘recruits’ to a gruelling series of tasks in extreme environments. The show is also notorious for testing physical and psychological resilience in line with Special Forces selection.

Some of this mentality has been carried over to Battle Ready 360, although the app won’t try to break you mentally, at least not on purpose. On the contrary, the freshly launched app targets users’ mental, physical and nutritional needs, providing the convenience of a full raft of support and educational content, too.

The membership programme will also give users access to an elite team of fitness experts, nutritionists and a host of other professionals, including a brain-mapping and mindset coach. 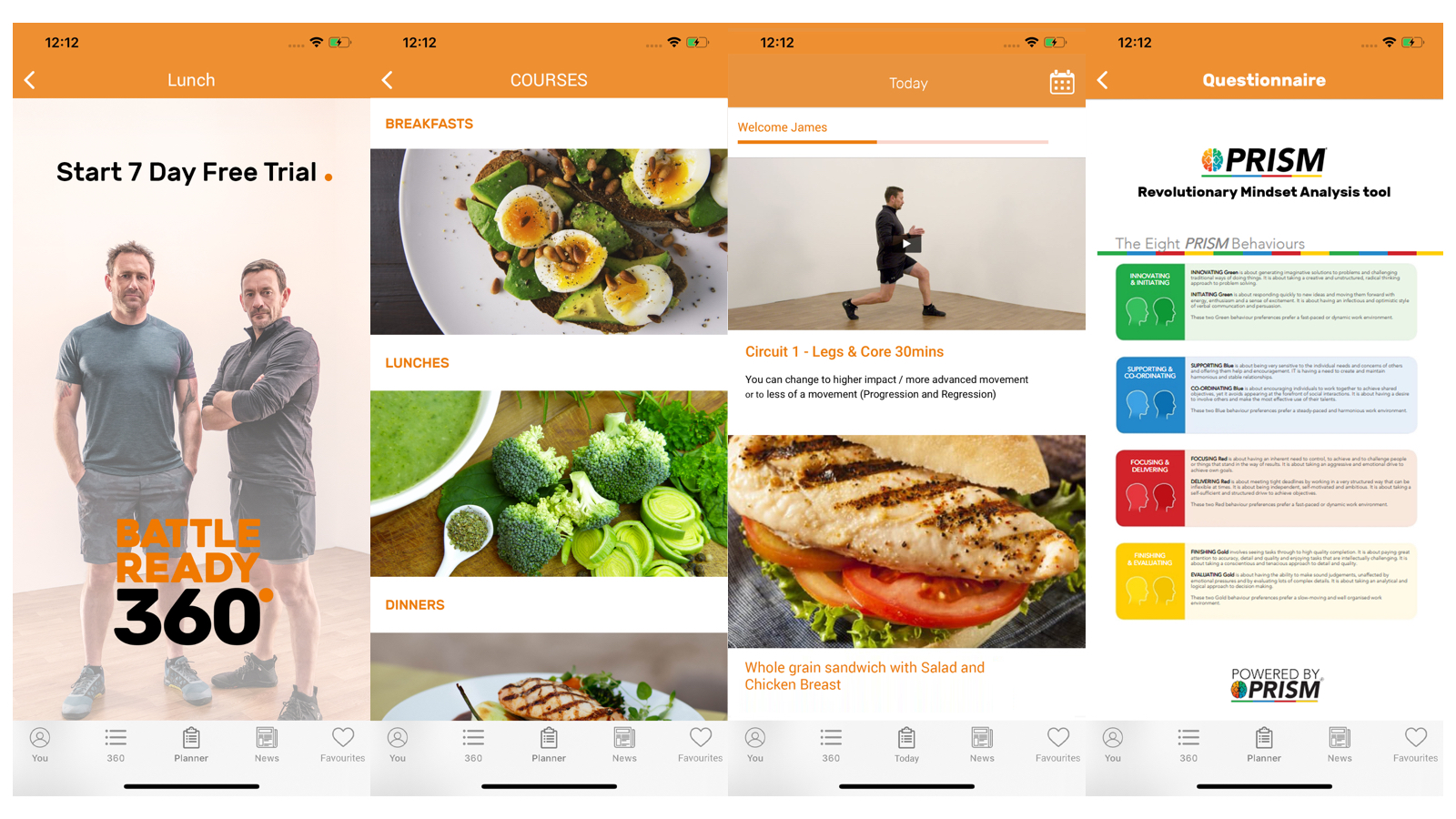 Unique to Battle Ready 360 is the integration of a brain-mapping and psychometric testing tool that can help users to better understand their behavioural and character traits. The team behind Battle Ready 360 partnered up with PRISM to determine how to hone training for users’ personality types and how to change or adapt a mindset, if needed, to help hit personal goals.

We had the chance to try out the mind mapping function and after 30 minutes of form-filling, we were presented with an 11-page report that discussed our personality in great detail. Even just for this reason it does seem worth trying out the Battle Ready 360 app.

Battle Ready 360 users will get access to exclusive offline events and group training with Ollie and Foxy, and receive special discounts to Break-Point events and their snack and supplement range, Battle Ready Fuel, as well as merchandise.

A free seven-day trial is available for Battle Ready 360, after which costs are as follows: