The hotly anticipated/debated new running shoes from Nike, the Nike Air Zoom Alphafly NEXT%, has just been announced this week in New York but this fact did not seem to pacify the group of people who were asking the World Athletics to ban the shoes from the Tokyo 2020 Olympics. Well, suck it up, haters: they’re going to be there.

It has already been confirmed by Nike that the stack height of the Nike Air Zoom Alphafly NEXT% is below the newly imposed limits – if only fractionally. But this left another question unanswered: will the shoes be available to purchase for the general public at least four months before the start of the Tokyo 2020 Olympics?

If not, this might still disqualify the shoes from the Olympic games and would throw Nike-sponsored superstars off balance, a few months before the games begin.

However a confirmed release date for Nike Alphafly of February 29, in the USA, even though that is initially for Nike members only, and a European/UK launch date, confirmed to us by Nike as ‘March’ seems to rule out any ambiguity. Unless, for some reason Nike decided to hold off until March 25 (1 day too late) before putting the bizzaro-world super shoes on sale to the general public. 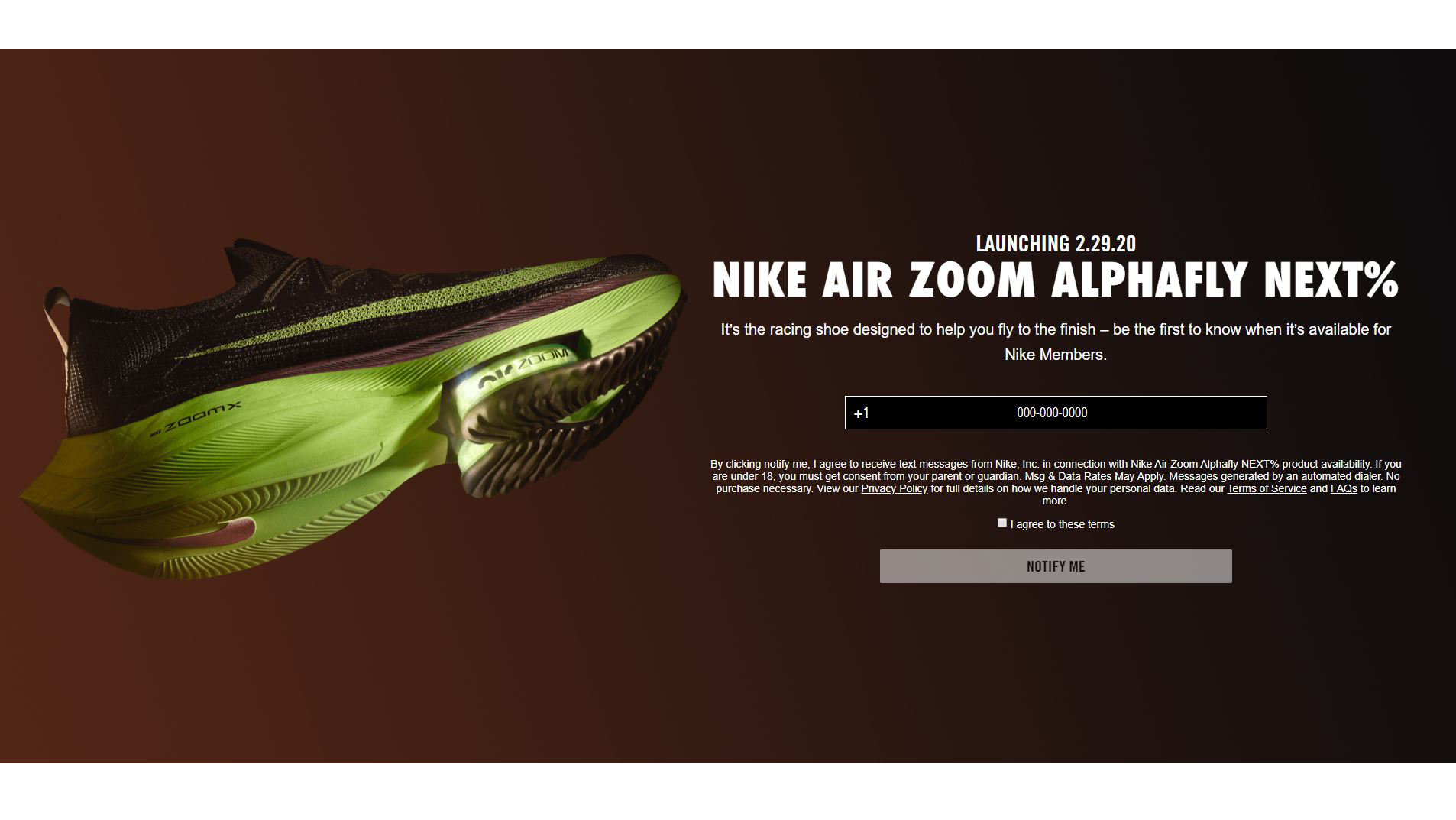 According to nike.com, the Nike Air Zoom Alphafly NEXT% will be launching 29 Feb 2020 in the USA – for Nike Members only, so it figures that the EMEA region will get it ever so slightly later, but still well within the time limit proposed by the World Athletics.

Unfortunately, we haven’t been given price tag for the new running shoes but we expect to be at least £260/$270, if not more, especially at launch. Given the publicity these shoes are getting already, it would be quite surprising if Nike would sell it for cheap. Not like they ever do. As they say in marketing, the price itself is a marketing tool to communicate the value of the product and if the price of the Nike ZoomX Vaporfly NEXT% is anything to go by, it will be a really valuable running shoe indeed.