Specialized is arguably the biggest name in bikes but Turbo Levo SL, its new electric mountain bike, is deliberately slimmed down and has less power than its previous excursions into e-MTB. Why? To make it more fun, and more akin to a non-motorised riding experience. It’s putting the ‘wheeee!’ back in to E. Or something.

E-MTBs have been received, if anything, even more enthusiastically than standard e-bikes. And little wonder, given that they remove the more arduous elements of the sport – ie: slogging up hills – while enhancing the fun bits. However, this has resulted in a some monstrously hefty and powerful rides that, while great fun in their own right, don’t feel at all natural. Levo SL is intended to address that. 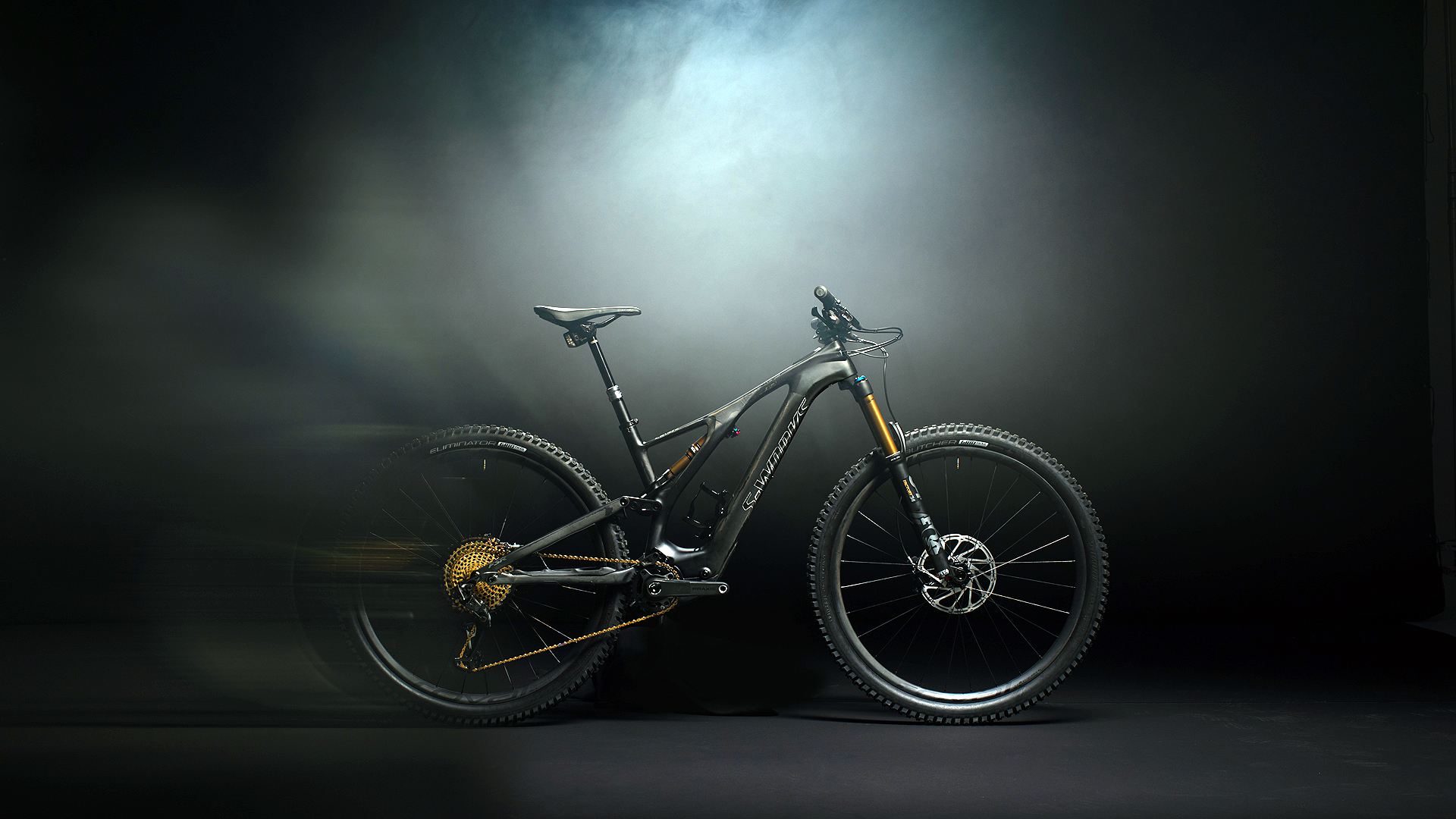 To that end, Specialized has packed a 240W power plant with a 3.5-hour ride time – range extender batteries can add a further 90 minutes – into a ‘superlight’ bike that weighs as little as 17.35kg. That’s the heft of the range-topping S-Works version of the Levo SL; the entry level Comp tops out at 19.4kg in its largest frame size. All models save ‘up to 4kg’ compared to Specialized’s previous e-MTBs, the Levo and Kenevo.

The Levo SL comes in five varieties. In ascending order of priciness, we have Comp, Carbon, Expert Carbon and S-Works. There’s also a no-holds-barred Founders Edition, but there’s only 250 of them, and we don’t have a pic of it. Soz.

Okay so, clearly, even 17.35kg is not ‘superlight’ in the great scheme of things. However it is unusually skinny for an electric, as they routinely come in at over 20kg.

Modelled closely on Specialized unpowered Stumpjumper bike, the Levo SL offers 150mm of travel, a shortened wheelbase – the chainstay distance is actually the same as a Stumpjumper – and enough power to 2x ‘rider amplification’ and a top assisted speed of up to 20mph (US) or 25kph (boring old Europe).

Another real killer feature is that after the top speed is reached, the Levo SL puts up no resistance, unlike many earlier e-bikes. So you transition seamlessly from electrical acceleration to staunchly old-fashioned leg power. 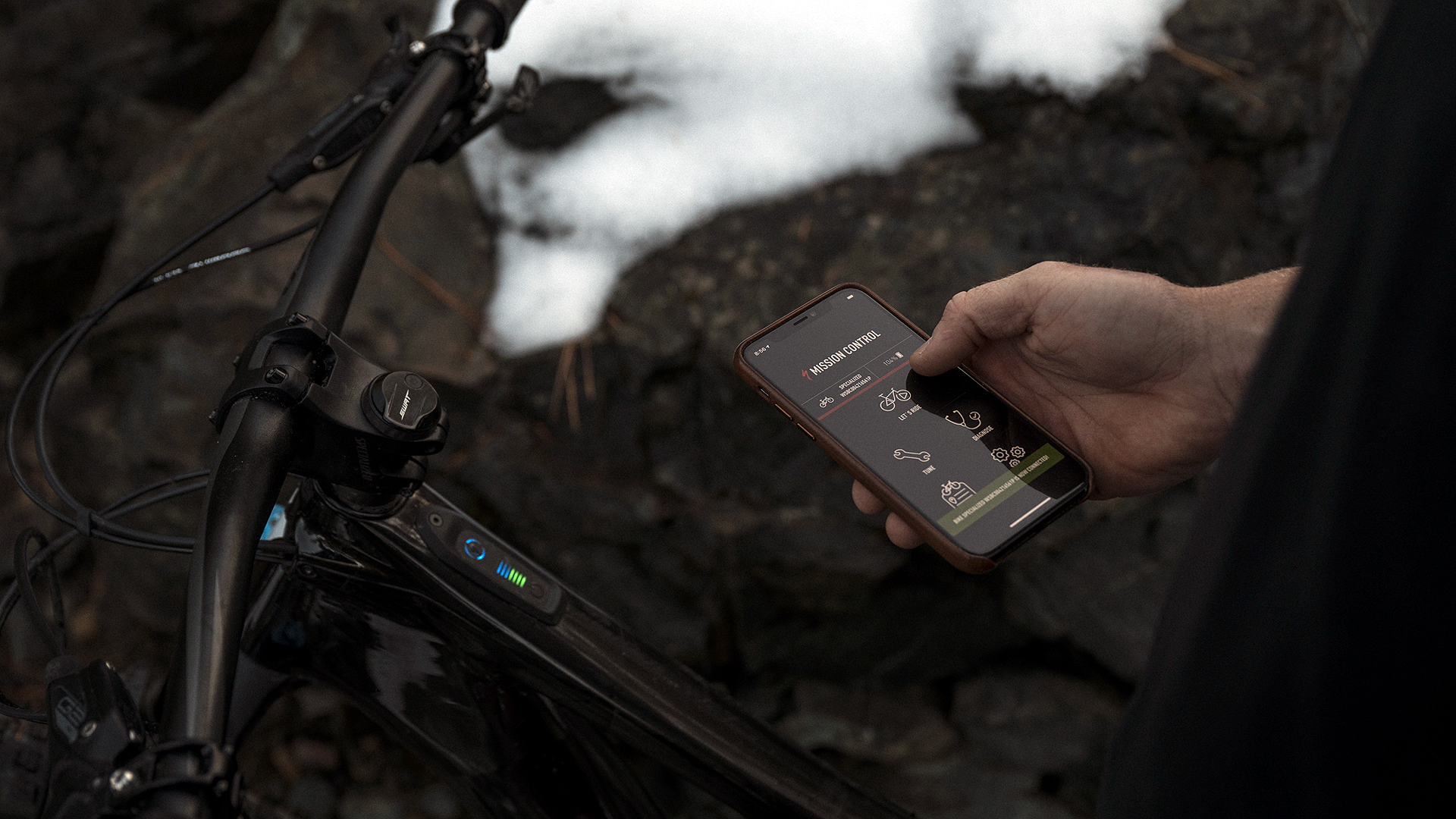 As noted, there’s 150mm of suspension travel, front and rear, while the supplied/recommended tyre size is 2.3-inches. The spec and design all point to removing the stabilisers, so to speak, from your ride and making everything feel a lot more real. That could be either exhilarating or terrifying, depending on your experience level and riding style, but it certainly won’t be dull.

Our mud-spattered colleagues at BikePerfect described the Levo SL as ‘one of the fastest and most fun e-bikes we’ve ridden, if you don’t need epic battery life or totally effortless climbing,’ which sounds alright to us.