When I received a pair of On Cloudflow running shoes to review, I immediately braced my feet, mentally getting ready for firm ride. In hindsight, I found the cushioning of the On Cloudswift a bit too firm for my taste last year and since the On Cloudflow uses the same Helion cushioning system, I naturally expected it to have similar running dynamics than the Cloudswift.

I was totally wrong and I couldn’t be happier about it. With the Cloudflow, On Running found a way to make the Helion a bit less firm but without compromising the integrity of the shoes. The On Cloudflow is in fact the ideal urban running shoe that will make running on hard surfaces fun and more joint-friendly.

Thankfully, On Running pays equal attention to the style of their shoes too; and although On recently transitioned into the fashion sneaker sector as well with their hiking boots and whatnot, the On Cloudflow managed not just to be just another sneaker on the market but a full-fledged running shoe.

For all its great qualities, we added the On Cloudflow to out best running shoes list. 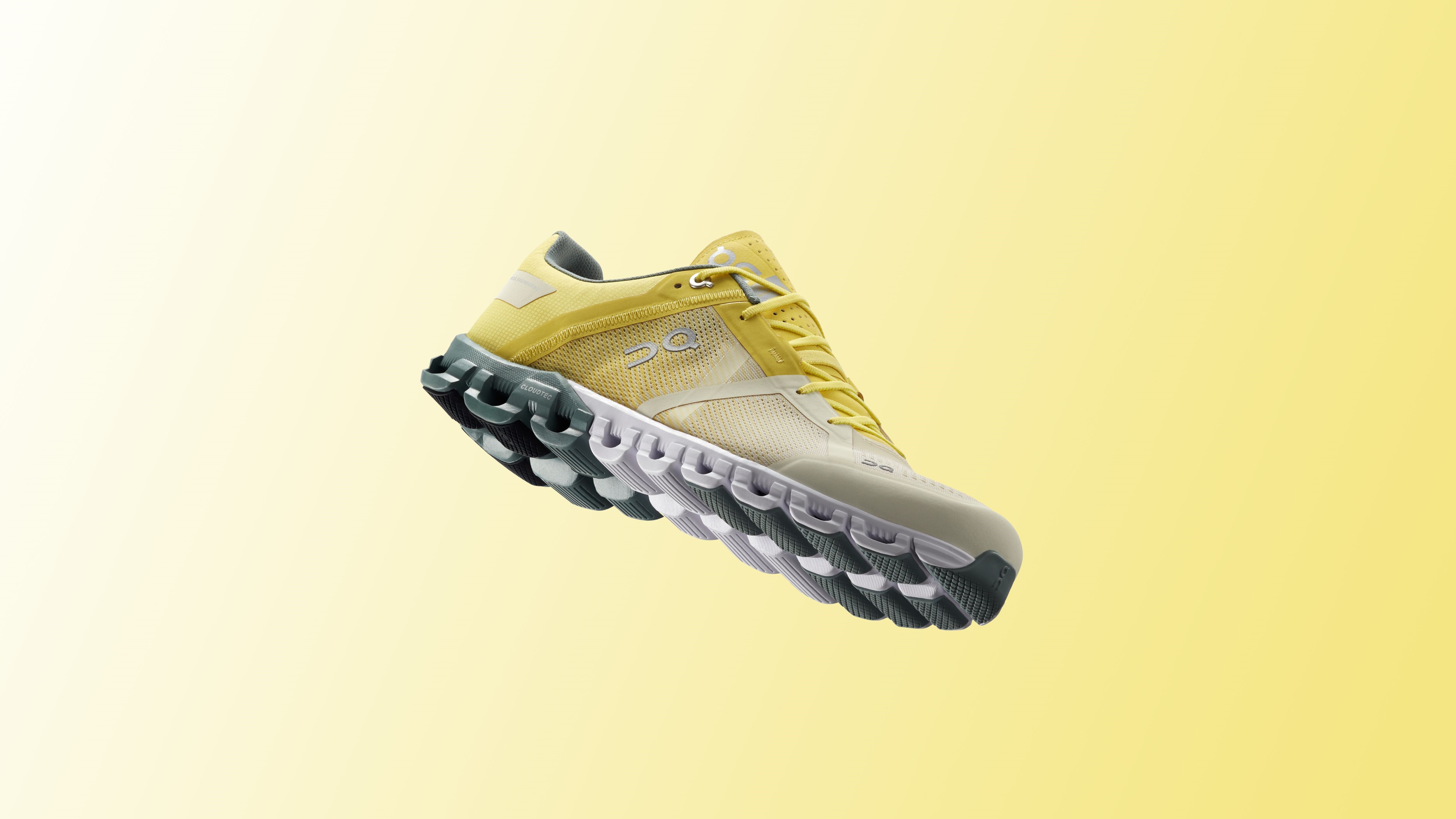 On Cloudflow review: the tech

On running has brought the Helion ‘superfoam’ technology to the Cloudflow. What is Helion? It’s a foam under the rear of your foot – on the shoes, this area of the sole is coloured differently – that is light, responsive and behaves the same way in most temperatures. The latter is important because this means the Helion won’t get stiffer  when it’s cold and won’t get softer when it’s hot.

The name gives it away but the On Cloudflow sports 18 ‘adaptive’ Cloud elements on the sole. These hollow, loop-like elements on the outsole provide landing force reduction as well as energy return, particularly the rear of the sole (where the Helion is).

The upper is a breathable ‘Swiss-engineered’ mesh that is also light and reinforced in key areas, at the front of the shoes. As On running puts it: “Strategic taping and a new lacing configuration offer sure-footed freedom and support for high-speed goals”. 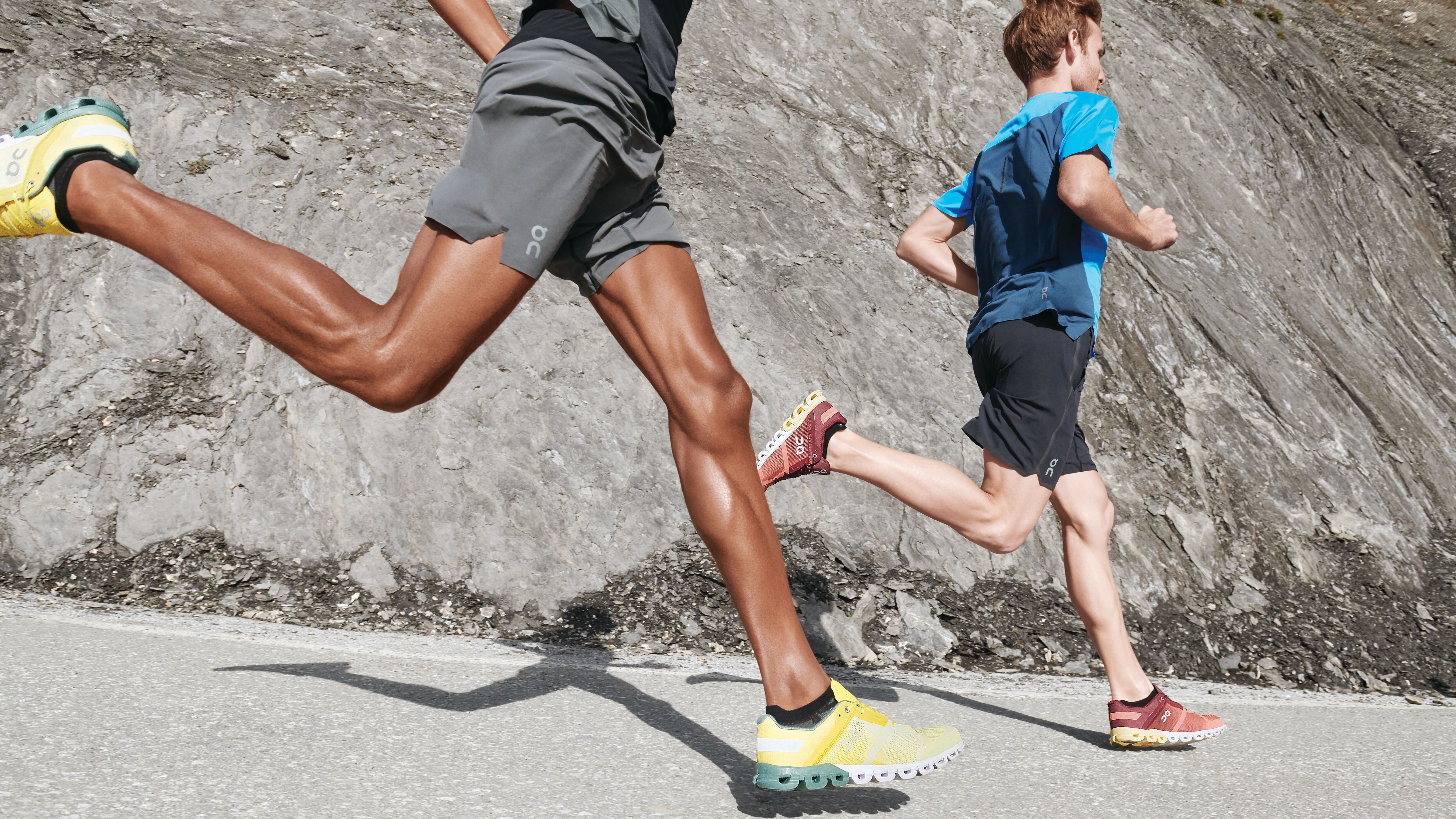 On Cloudflow review: the ergonomics

The On Cloudflow is low-profile, light and highly breathable shoe. As mentioned above, I had my reservations regarding the stiffness of the sole but after the first few strides I realised that I’m not in for a firm ride with the On Cloudflow.

The On Cloudflow is remarkably light: it weighs a mere 235 grams, not as light as the Nike ZoomX Vaporfly NEXT% but definitely lighter than the Asics Gel-Nimbus 21 (190 grams and 309 grams, respectively). Not saying that any of these shoes will make you drag your feet but you can certainly feel the lightness of the On Cloudflow as your run.

The low profile means there is no chafing around the ankles, and even without super soft padded collar, like the one found on the Mizuno Wave Skyrise, the On Cloudflow still feels very supportive and gentle.

The tongue is not too padded but has a slight thickness to it. The lacing runs fairly symmetrically and covers a wider area, giving you more freedom to adjust it to your foot shape. The tongue has a neat little feature too: there is a little elastic band on the middle to tuck the laces under so they won’t flap around as you run. 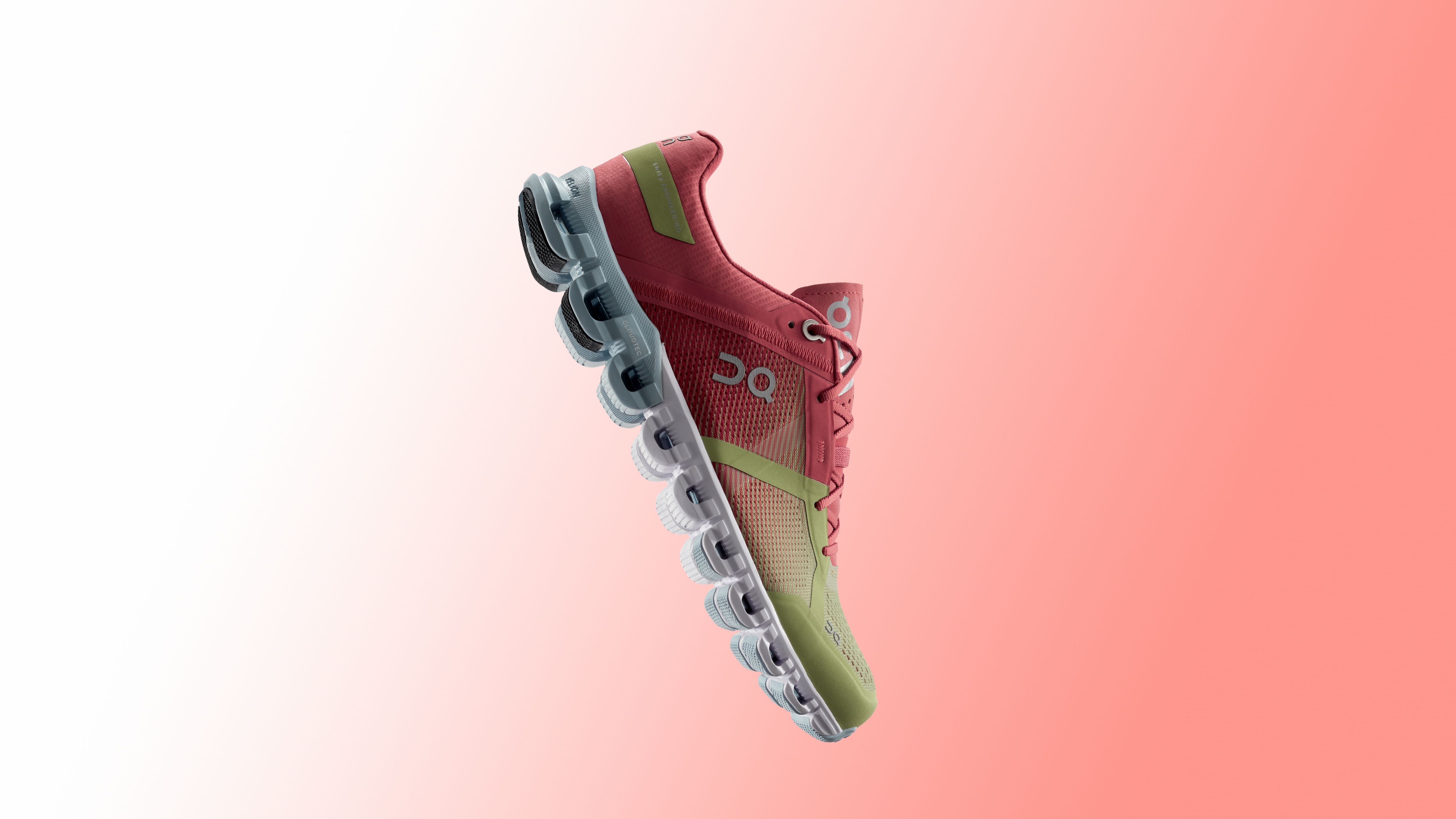 On Cloudflow review: the aesthetics

Whether you like how a running shoe look comes down to personal preferences. I prefer shoes that have distinct personality going for them: the quirky chunk of the Hoka One One Carbon X or the Frankenstein monster-style upper of the Nike Joyride Run Flyknit.

I love the look of the On Cloudflow. It looks fresh, with vibrant gradient colours and a slender profile. The tested Citrus-Sea colourway is absolutely stunning and the mix of yellow and green makes it look like a lime/lemon hybrid, all very summery.

On shoes have a very distinct look thanks to the Cloud elements on the sole and this is true to the On Cloudflow too. But what I appreciate the most is the angles found everywhere on the shoes.

The On Cloudflow feels engineered to look good. The way the heel-collar drops and than goes back up at the back is just beautiful. Not to mention, the materials feels absolute quality, you won’t find any loose threads or leftover glue anywhere here. A real stunner. 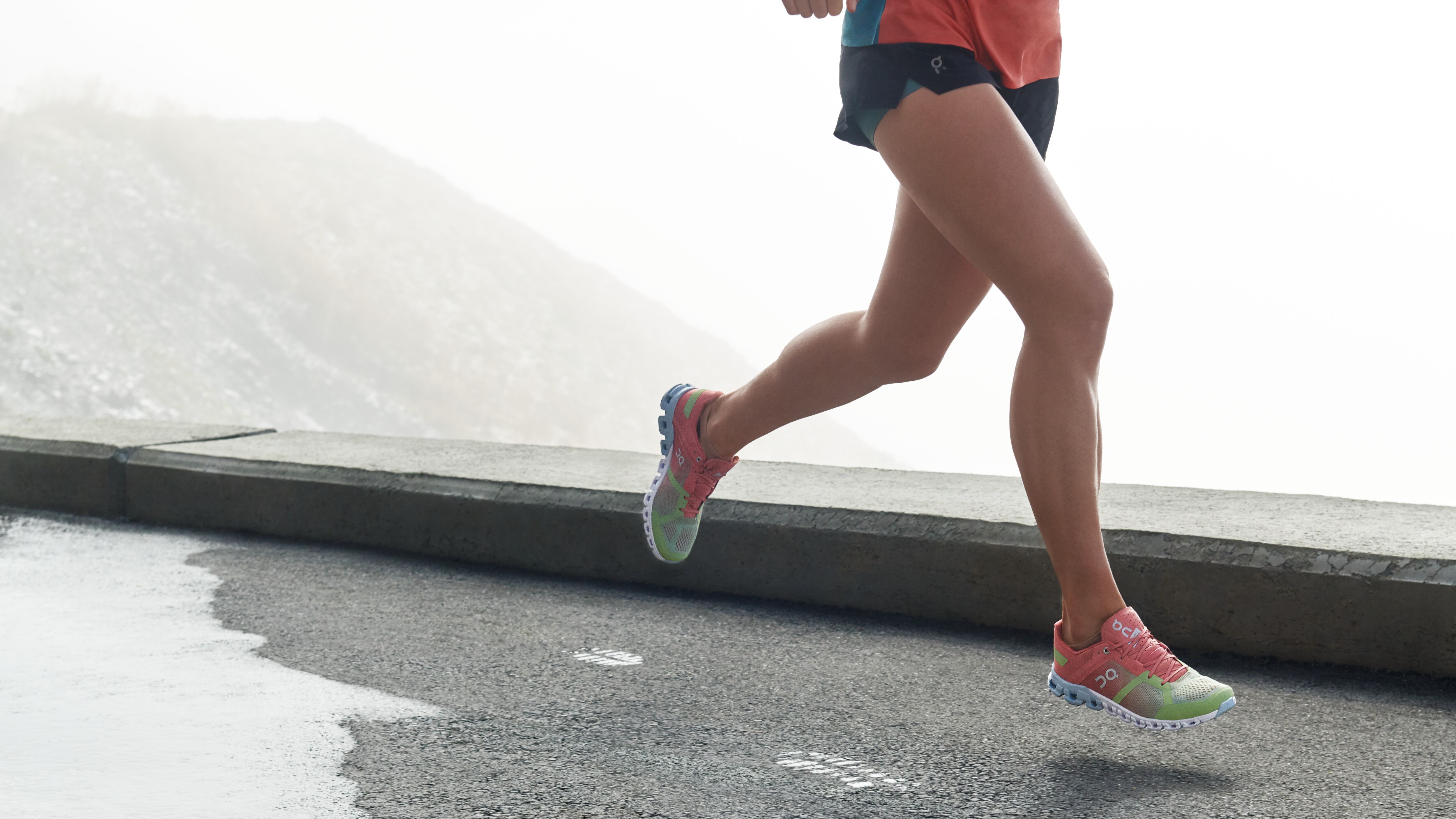 On Cloudflow review: the verdict

The On Cloudflow is one the most functional and handsome running shoe I have seen in a while. It might not be a carbon plated speed demon like the Hoka One One Carbon X, but only fast runners can benefit from those the most anyway.

The Helion technology, coupled with the Cloud elements, provides a running experience with ample amount of energy return and effective shock distribution. Landing on the Helion superfoam will distribute the impact force efficiently and the Cloud loops at the front will help you kick yourself in the air easier.

The breathable mesh upper feels light, airy and well engineered. As well as that, the build quality of the On Cloudflow is second to none, the materials used feels sturdy yet not stiff.

But where the On Cloudflow really brings home the bacon is the aesthetics. It looks summery and fun with precise angles and eye-popping colours. I wish more running shoe companies paid as much attention to how their shoes looks like as On Running.

All in all, the On Cloudflow is a great running shoe that’s mainly recommended for tempo training and race days for runners with some experience. Beginner runners might appreciate a shoe with more cushioning and support, like the Asics Gel-Kayano 26 or the Saucony Guide 13. For the rest of you: get this shoes today.