If you want to build big back muscles, you can’t avoid doing pull ups, and that’s where the Mirafit M2 pull up bar comes in very handy. Pull ups are not only one of the best back exercises, but they are also compound ones, meaning they will work multiple muscles in one swoop. Compound exercises such as pull ups not only work muscles quicker and torch fat faster, but they can also help you build overall strength by forcing your muscles to work together efficiently.

The best pull up bars can support an average built adult’s bodyweight and promotes multiple grip positions so you can target the muscles from a lot of different angles.

One main concern against pull up bars is that it takes longer to work up enough strength so one can pull themselves up. Lucky for everyone, there are multiple workarounds to tackle this issue.

You can prop your legs under with a chair, so you don’t have to lift your whole bodyweight. You can also get a set of resistance bands which can also reduce the stress on your muscles. Another benefit of doing resistance band pull ups is that they have different strength options so you can gradually increase load, the best way to build muscles fast. 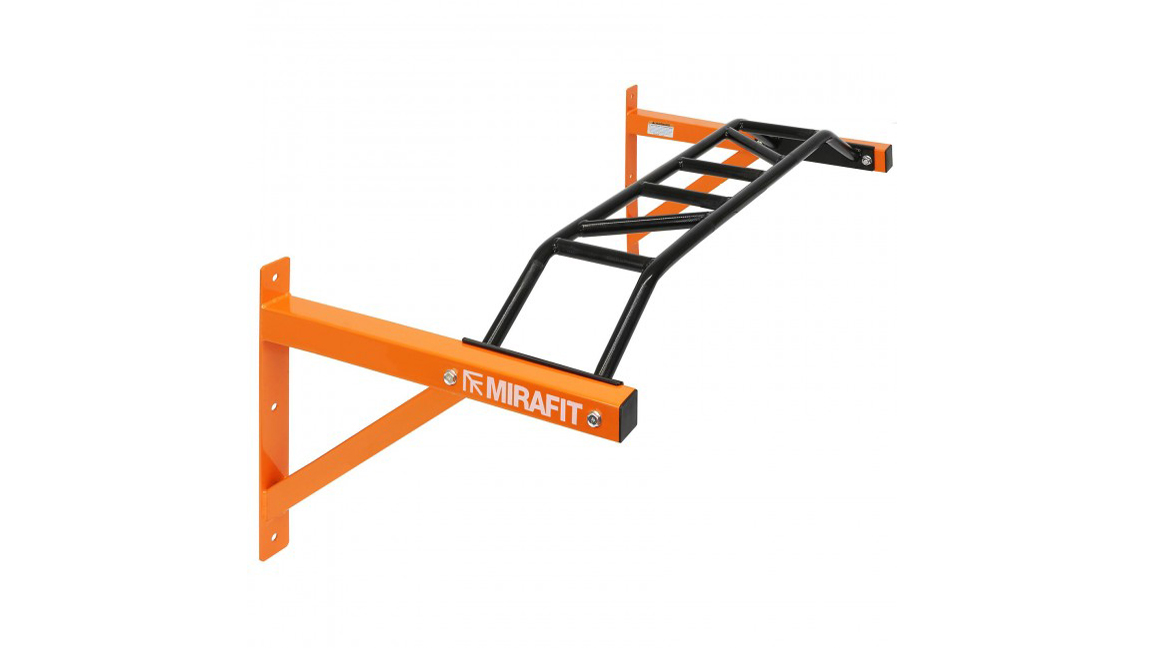 Why should you buy the Mirafit M2 Wall mounted pull up bars?

The Mirafit M2 wall mounted pull up bar is the perfect balance between a less sturdy door pull up bar and a huge stand alone pull up bar. The former most usually don’t support as much bodyweight as the wall mounted variety and the latter is not only more expensive, but it also takes up loads of space.

One of the many benefits of the Mirafit M2 pull up bar is the multigrip handle. With it, you can target your back and arm muscles from literally all angles possible, making your workouts not only less boring but more effective.

The max user weight supported is 150 kg, which is obviously subject to wall strength. The high maximum user weight is due to the Mirafit M2’s solid construction; it’s a semi-commercial grade steel pull up bar after all.

Probably the only downside of the MIrafit M2 is that it needs a bit of DIY when you install it, but literally everyone has an uncle with the biggest drill in the world they can lend you to pop the Mirafit M2 up on the wall. or, you know, you can just a corded drill. Or a cordless drill. You know you will need them in the future.

Once it’s up there, the only thing left to do is exercising and building those back muscles quickly. 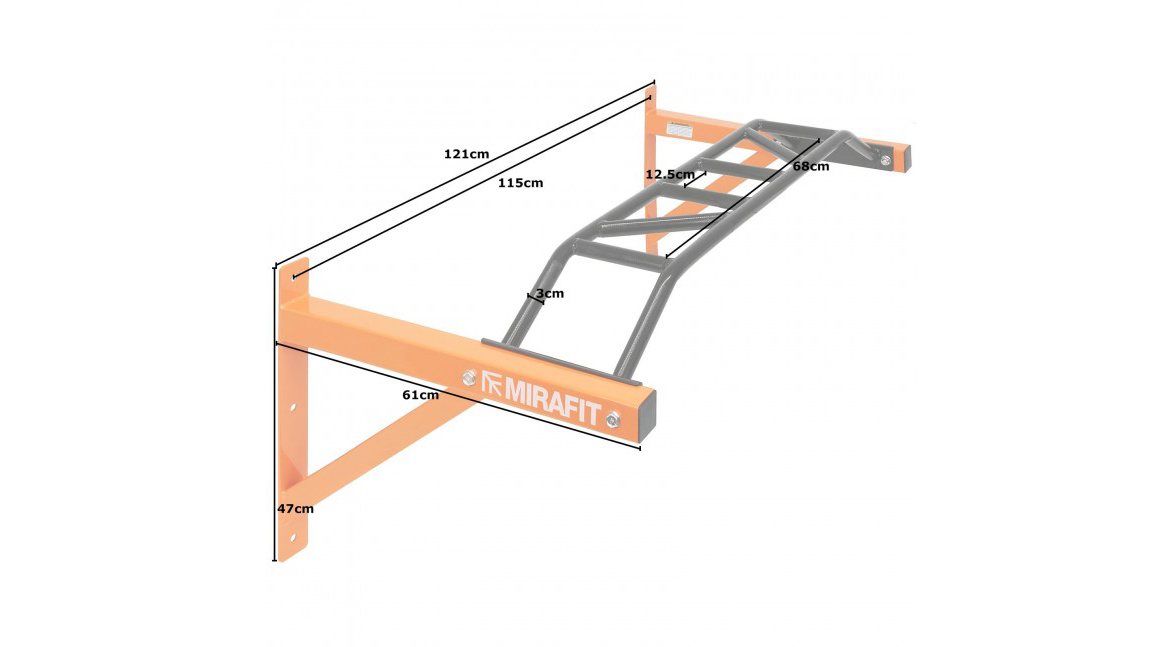