There’s nothing wrong with using a fitness tracker to ensure you’ve taken 10,000 steps or a basic GPS watch or mobile app to show you how far and fast you’ve run, walked, hiked or pogo-sticked.

However, anyone who is seriously serious about their fitness knows that the only thing better than finely toned abs and a set of lungs that will let them sprint up Kilimanjaro is being able to track that progress in data form. Because better numbers mean better results.

Until very recently, most of the more obscure and useful metrics were only available to elite athletes running on treadmills in labs, wearing oxygen masks, and festooned with sensors. Today, ever-improving heart rate monitors, movement tracking and cunning algorithms let everyone know everything – from their minimum recovery time to their VO2 Max…

1. Catapult PLAYR: for the (football) players 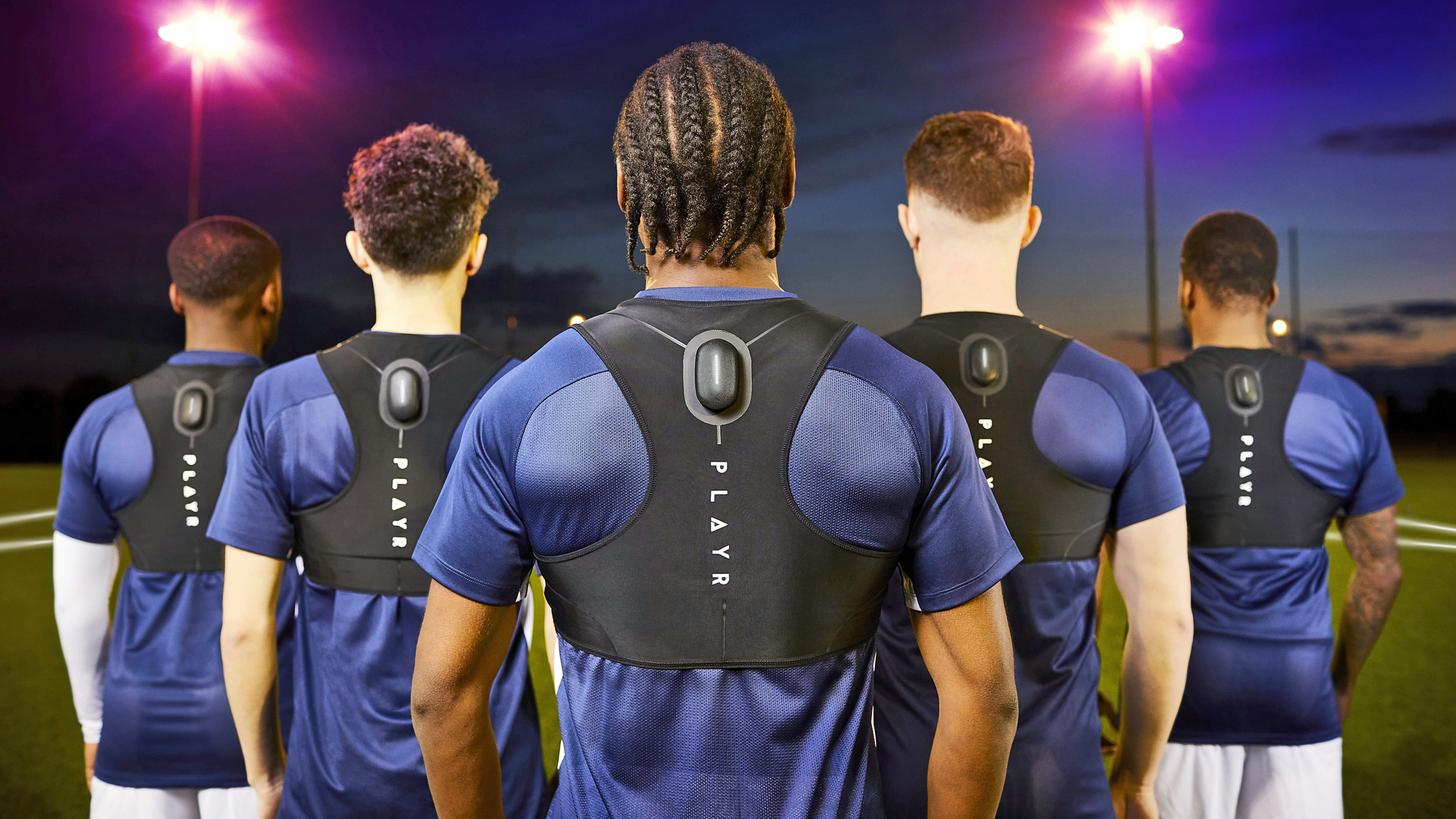 Televised football today is almost as stat- and FX-heavy as its American cousin, with players catalogued by yards run, passes made and assists, er, assisted. You’ll need someone standing on the touchline to count the latter two metrics during your Sunday league matches, but this remarkable PLAYR vest will let you know just how many hard yards you’ve put in on the pitch.

Connecting to a mobile app via Bluetooth for upload and analysis, PLAYR tracks up to 1200 movements per second. This produces that all important ‘heat map’ of your movement on the pitch – including  sprint, distance and speed data – that proves beyond any reasonable doubt that you are both working harder and making more insightful runs than your feckless, headless-chicken team mates.

The PLAYR system’s three elements are the SmartPod, which tracks your movements with accuracy to the nearest metre, the SmartVest, which contains the SmartPod and is the bit you wear (obviously), and the SmartCoach app.

The SmartCoach app was created with the aid of “Premier League performance specialists”, and claims to provide pro-level insights into your efforts. It lets you compare your efforts to the greatest players in the world – which might prove a bit depressing – and “football peers and community”, which should be genuinely motivational.

The SmartPod charges wirelessly and lasts for five hours. That’s longer than we’ve ever trained for football, so it’s hard to envision battery life being an issue.

As well as in-game tracking, SmartCoach offers “actionable insights and sport science advice from nutrition to sleep, coaching the user towards game day.”

Catapult’s technology is used by coaches and players at Chelsea FC, Tottenham Hotspur and Leicester City. Now, it’ll help your team of weekend warriors train smarter and play harder. Or, at the very least, it’ll let you know who runs the most in midweek training.

2. Suunto 9: welcome to the epoch of EPOC 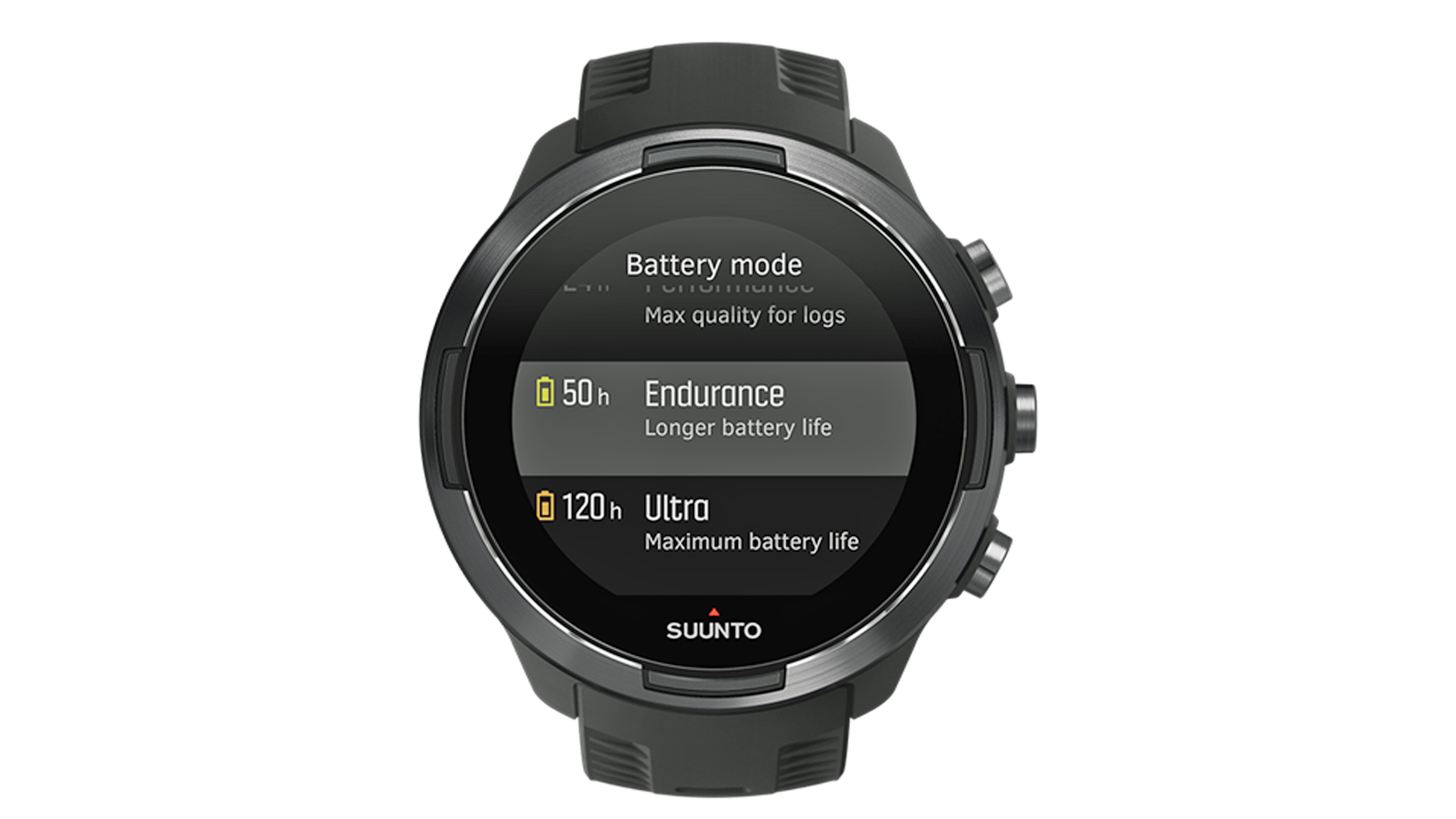 With up to an astonishing 120 hours of battery life while tracking your movements via GPS and monitoring your heart rate, the Suunto 9 is a running watch for ultra-marathoners and those who like to skip up mountain paths like a lycra-clad goat. However, as well as stamina, it offers some unusual training insights.

A lot of fitness watches will now estimate your VO2 Max, and the Suunto 9 is not different. This measurement of how well your body performs at the extremes of its endurance previously involved running or cycling in a lab with a big mask and a welter of electrodes on, but can now be estimated just from analysing cardio data.

However, the 9 does some more number crunching on the same pulse data to calculate PTE (peak training effect) and EPOC (Excess Post-exercise Oxygen Consumption). PTE is an extremely useful figure that could be simply summed up as ‘How hard was that workout on a scale of 1 to 5?’. EPOC is the volume of oxygen you need to consume post-exercise, in order to recover.

The Suunto app is weirdly low on actionable insights – Suunto seems to largely aim its wearables at runners and fitness chasers who will have the numbers analysed by an actual, human coach – but its PTE scoring is consistently excellent, and the EPOC figure is very interesting.

3. Polar Vantage V: can you feel the power? 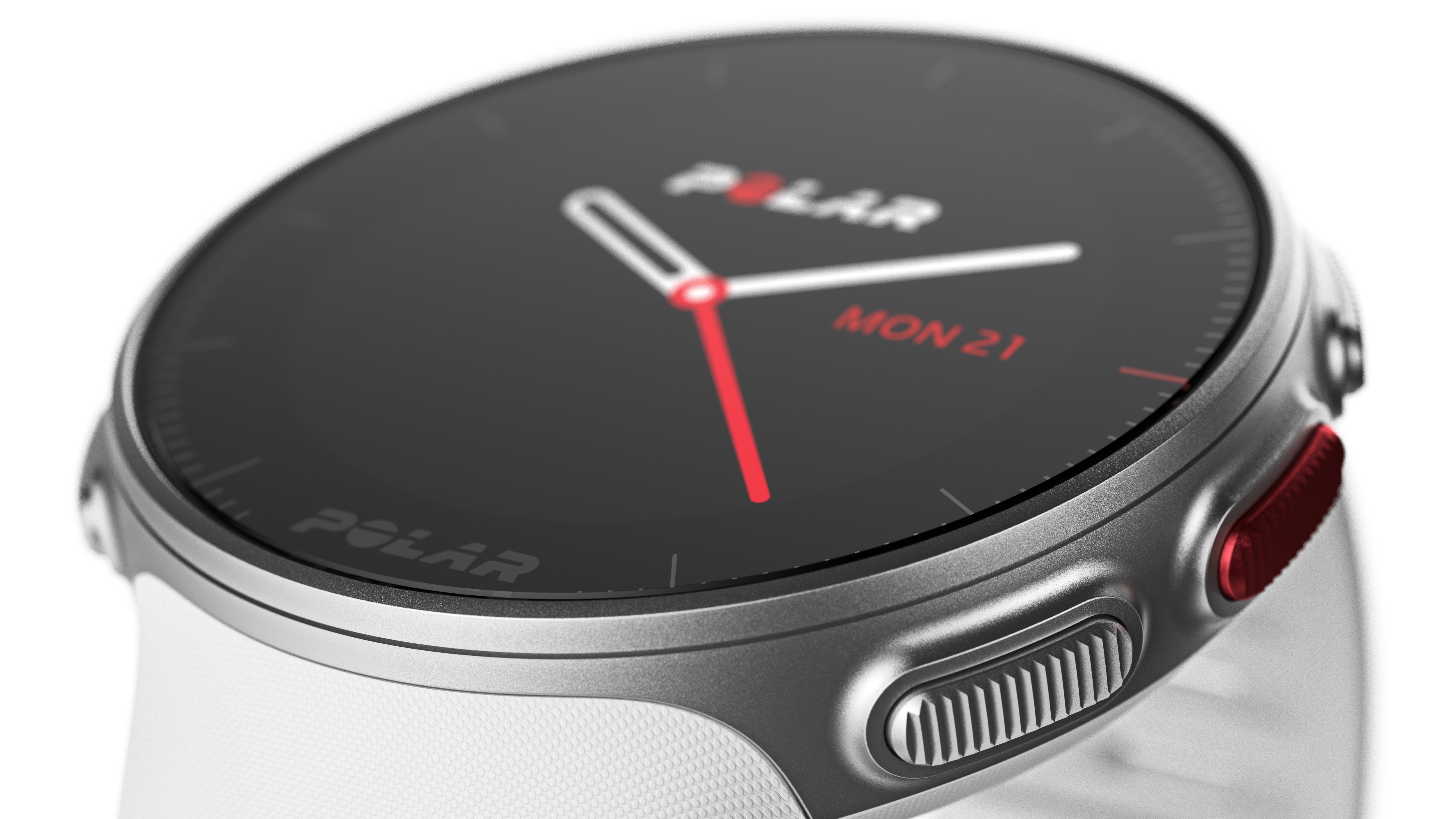 Cyclists have long fretted and obsessed over how many Watts they generate. More recently, thanks to the likes of Stryd, runners have been able to get on the power-tracking bandwagon, too.

However, Polar is now helping to really take it mainstream by allowing power calculations purely from the wrist (Stryd is worn on your ankle), alongside all the usual running watch metrics such as distance, speed, VO2 max etc (but not EPOC, which seems to be unique to Suunto).

Power is a potentially highly useful metric – although we’ll all have to figure out how to employ it alongside more straightforward measurements such as speeds and times – because it is consistent regardless of incline and road conditions. Running up a hill, you will naturally tend to be slower than on the flat, but it potentially takes more effort. Power reflects that.

However, perhaps its real use is that it allows you to see in real time how hard you’re working and, if necessary, take it down a bit in the earlier stages of a training run or race, or when you hit a hillier section. It’s a great tool for managing exertion.

From what we’ve seen of it so far, thealso offers excellent systems for measuring recovery time and training load, which can be a huge help with longer-term training.

4. Garmin Edge and Vector: leave the peloton behind 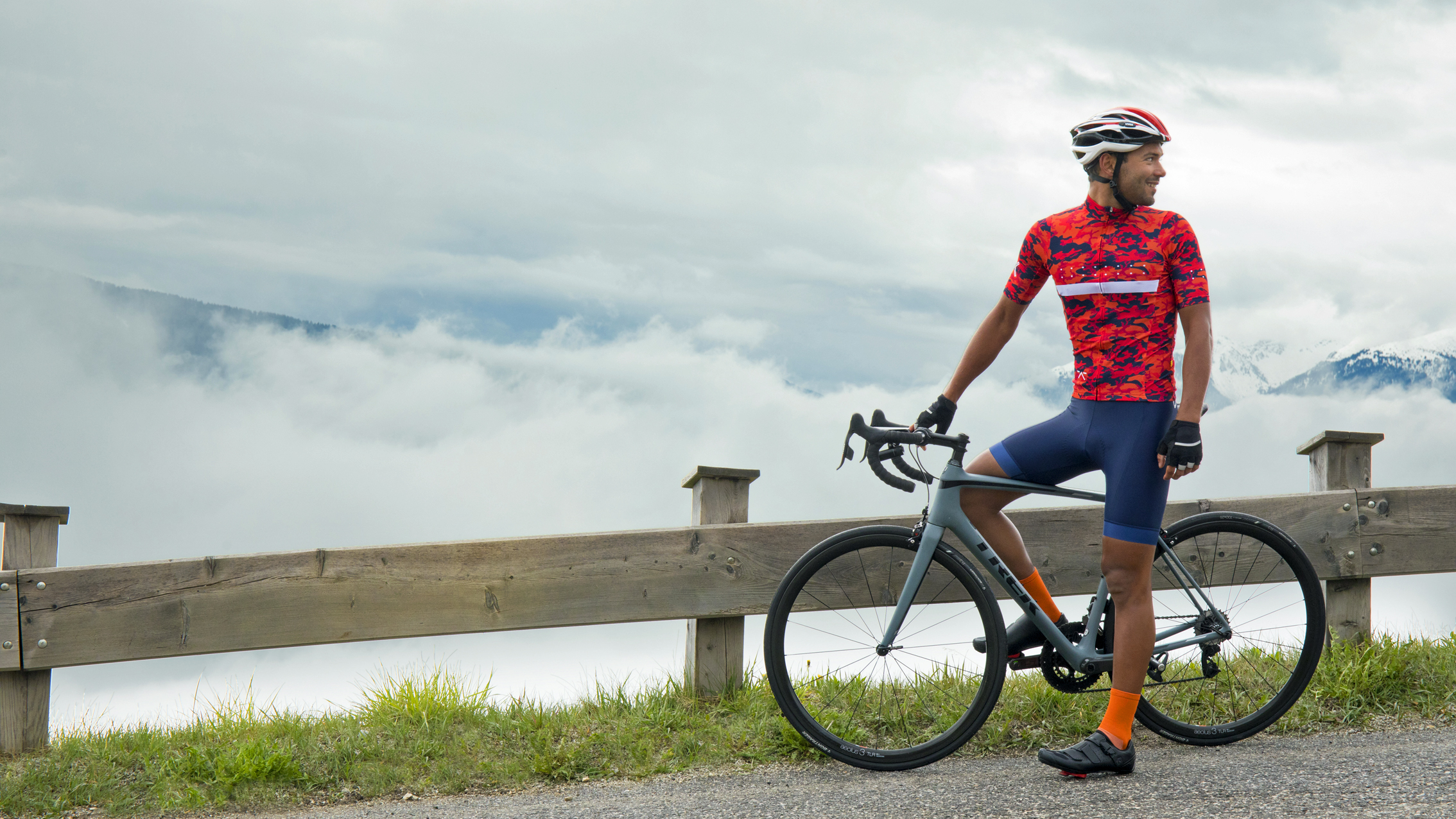 Of course, when it comes to stat crunching, few sports can compete with cycling. Garmin’s devices are widely used by pros, but you can also pick them up in Evans, even if you don’t know your marginal gains from your elbow. 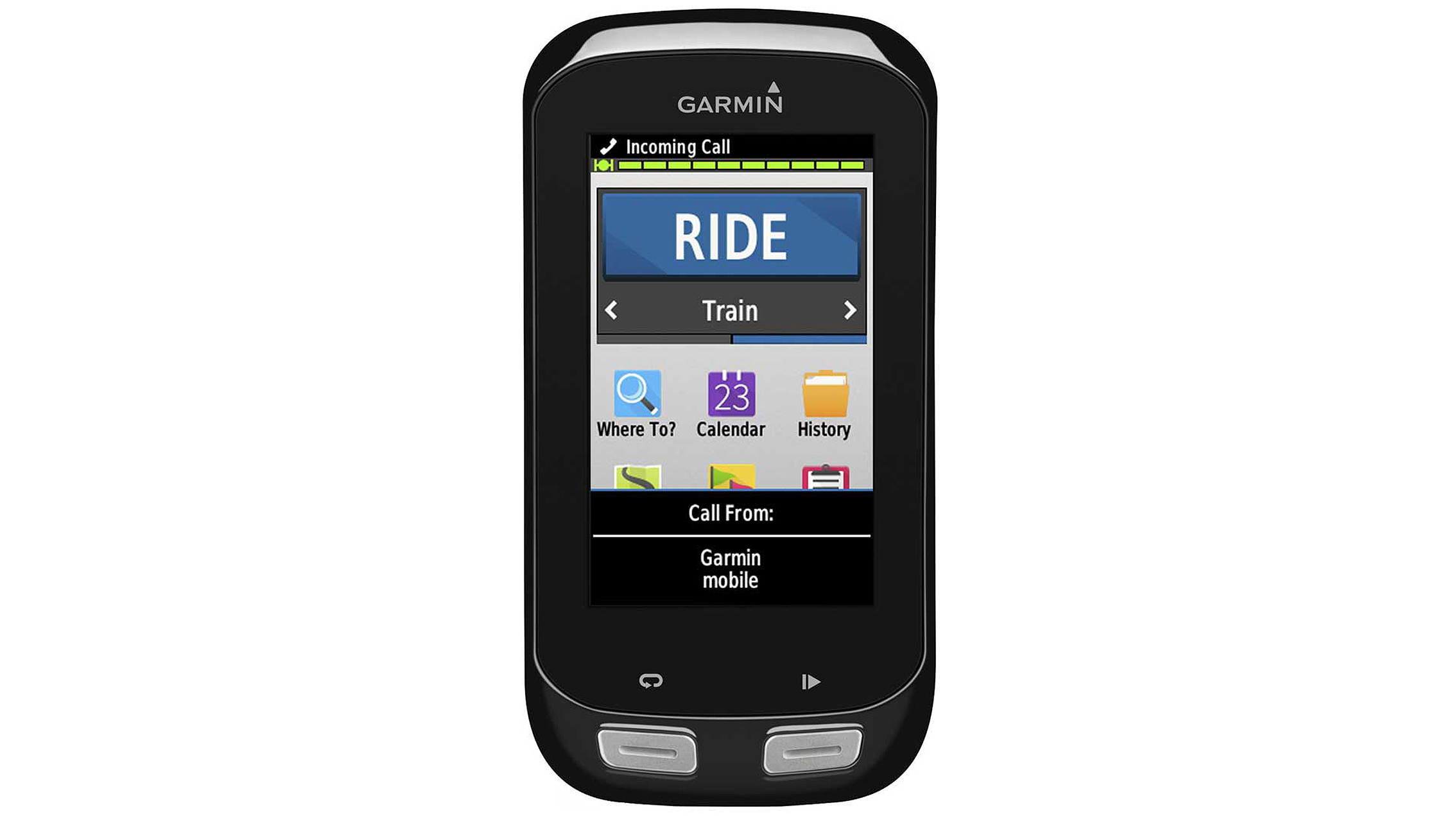 The range-toppingis a high-powered bike computer with GPS tracking of your location, pace and distance travelled. And it really comes into its own when you add a power meter, such as Garmin’s own .

At its simplest, a power meter lets you know how hard you’re working, regardless of what gear you’re in or the conditions.

However, the Edge 1000 goes further, crunching the basic stats to give you iLevels, which are “based on the power duration curve and adjust automatically based on your performance. They detect micro changes in fitness to ensure you are always training at the right intensity.”

You will have to pay extra for this pro-grade analysis but for serious cyclists, it’s well worth trialling. 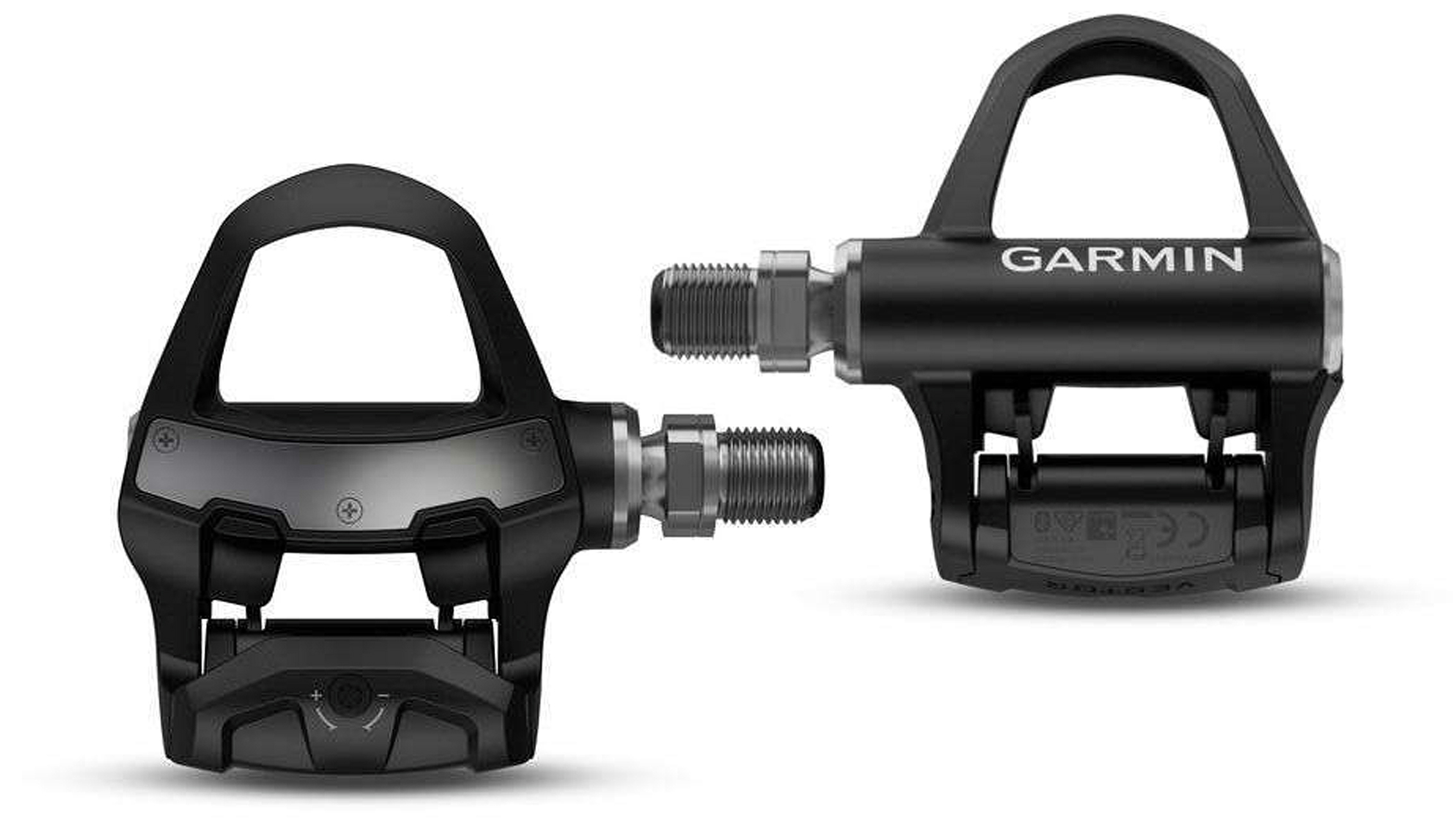 Unlike older power meters, Vector 3 isn’t a pod that you attach to the pedal, adding bulk and changing the feel of the bike, it just is a pedal, which you attach in the usual way. In fact, it’s a pair of pedals. In the Vector 3 model, each one tracks independently, so as well as tracking cadence and power, you can monitor the balance between your left and right.

Be warned: if you’ve never tracked left/right balance before, you may be alarmed at how dominant one of your legs is.

Cadence – the speed at which you turn the pedals – is another crucial cycling metric. As with power, the idea is to keep it consistent regardless of what gear you’re in, except when sprinting flat out.

A pro cyclist will tend to cycle with a cadence of 95-100 rpm but you probably want to go a bit steadier than that. A lot of research actually suggests that a slower pace is more efficient, so you can say that you’re adopting a lower cadence due to scientific advice, rather than lack of fitness.

Whatever cadence you end up favouring, the Vector 3 will help you find and maintain it. 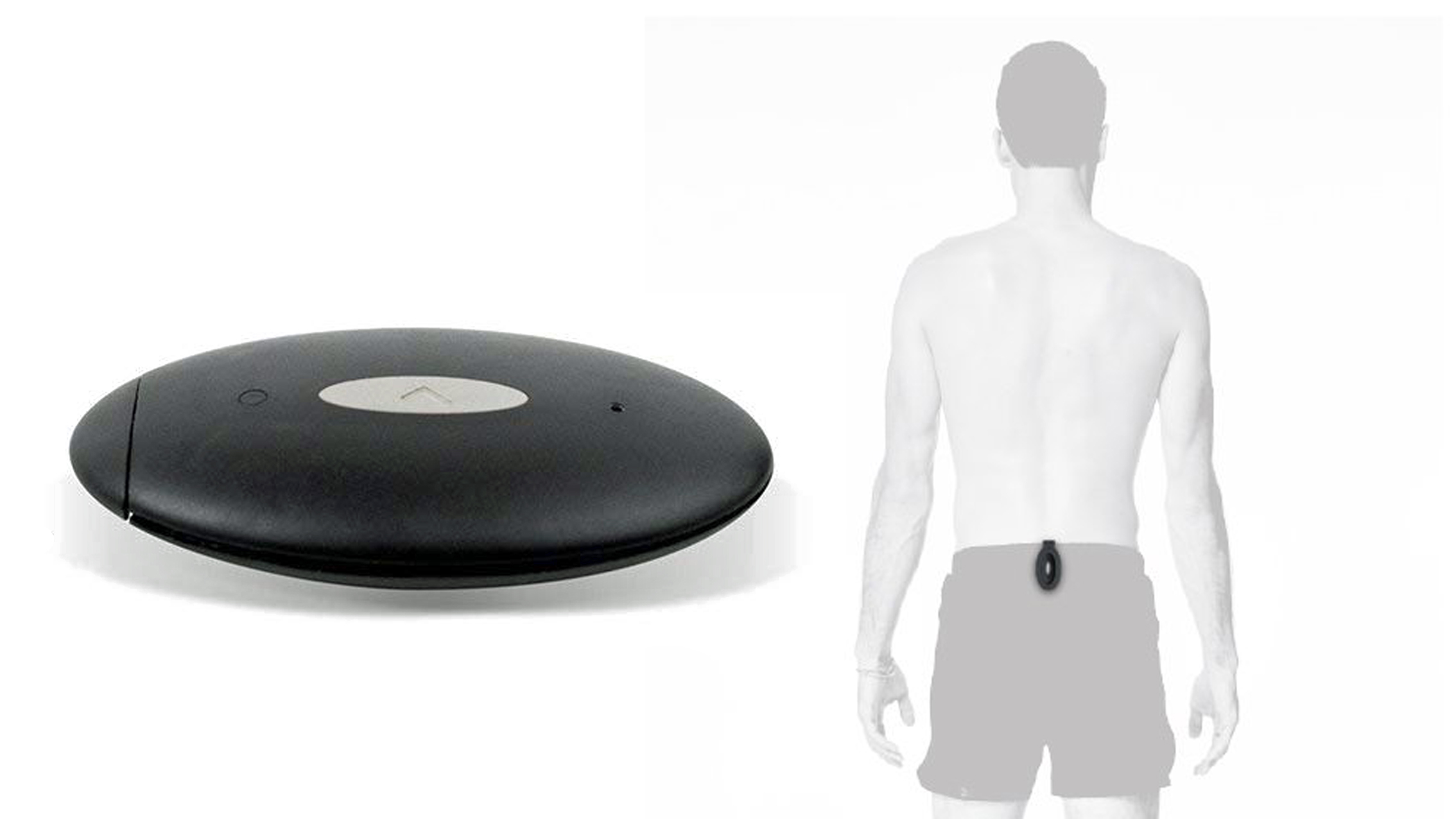 A lot of this kit is quite pricey butis a device that is far more affordable and potentially just as useful in its own way. Clip this little fella to you and it analyses your form as you run, tracking cadence (yes, this can be important for runners too), pelvic rotation and drop, the way that you decelerate, and also ‘bounce’ or vertical oscillation.

Get these elements wrong and you leave yourself more open to discomfort and injury, but trying to adjust them on your own can feel like a lot to deal with. Lumo Run gives you feedback as you run, via its mobile app. This gives you simple guidance on what you’re doing wrong and helps you to correct it.

You can also opt to forego the in-run nagging and use the app to get post-workout feedback and advice on exercises to improve your style. Lumo claims that “97% of users improved their running form within their first three runs,” while, “8 out of 10 of users also saw an improvement in their pace and/or distance.”

For well under £100, it’s got to be worth a go, right? Lumo Run is for iOS users only, however, so Android fans will just have to put up with dodgy knees or look for a different solution.

This article is part of our  series, brought to you in association with Honor.