Galaxy SmartShirt, anyone? On February 20, Samsung will unveil the Samsung S10 and the foldy, bendy Galaxy X, at its Samsung Unpacked event. Wearables-wise there’ll probably be the Samsung Galaxy Watch. However, recent patent activity suggests the Korean brand might have something more interesting up its sleeve at a future Unpacked event.

A few weeks ago we had word of Galaxy SmartShoes which could track a range of running and fitness metrics whilst looking totally sick. Now, Samsung seems to be eyeing up the idea of a Galaxy SmartShirt with a much more serious purpose: preventing lung disease. It’s essentially a very intelligent stethoscope, which you wear. Yes, that is pretty far out, you’re right. 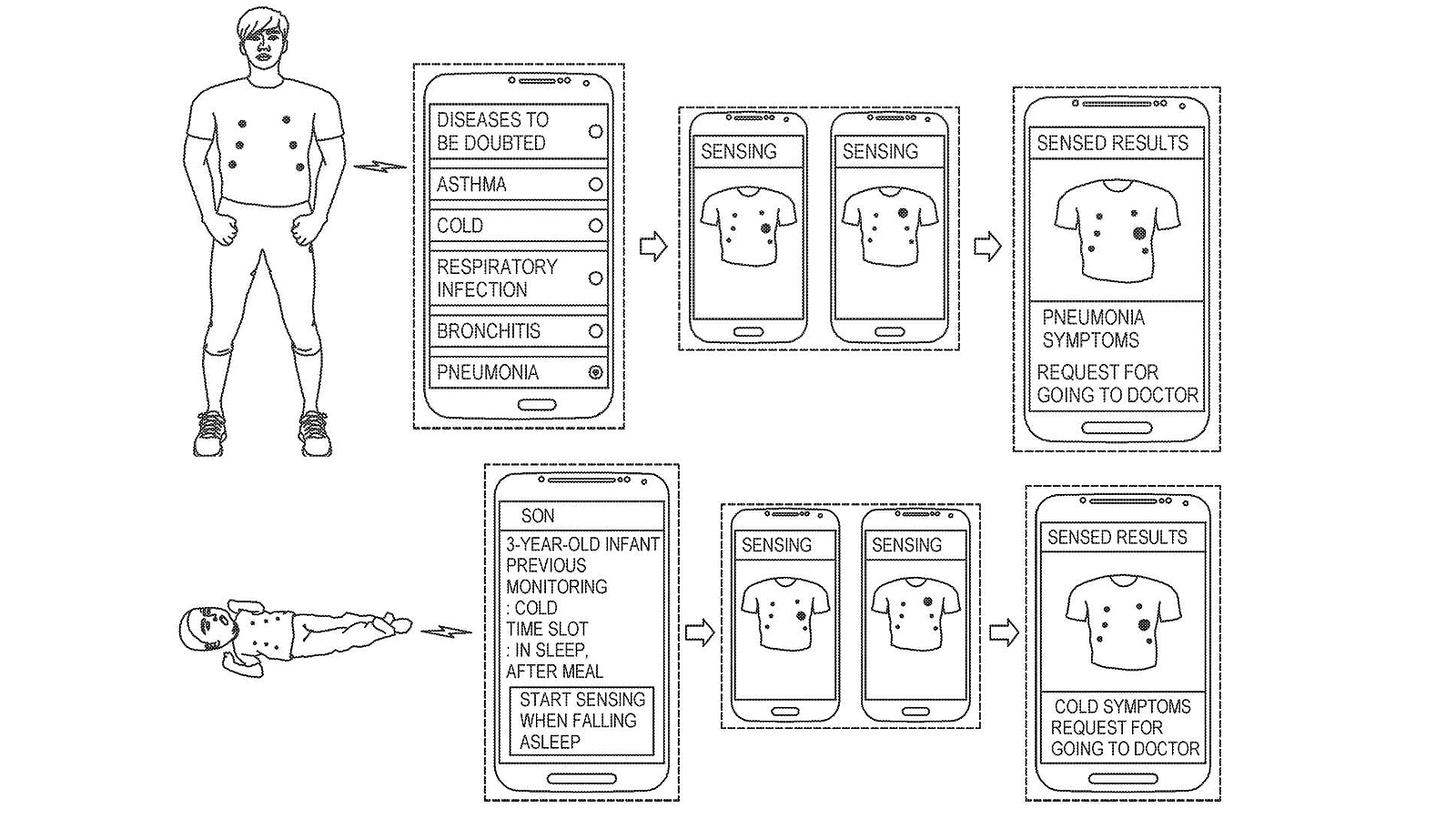 Samsung has actually already developed a Smart Shirt, or more accurately a SmartSuit: speed skaters from the Dutch Winter Olympics team wore it to train for the 2018 Olympics.

With Apple Watch series 4, Apple made a big move towards turning its wearable into a health product as well as a fitness one.

But now, our friends lurking in the Patent Office, LetsGoDigital have spotted plans for something way more advanced than a mere electro cardiogram.

Last week, Samsung had a new patent published, entitled ‘Electronic apparatus and method of controlling the same’. This rather bland description refers to a Samsung SmartShirt with acoustic sensors able to diagnose your physical condition, in particular the condition of your lungs, by listening to them.

The Samsung SmartShirt’s various sensors ‘listen’ to your breathing and can diagnose potential health threats from the sounds your the lungs make.

Diseases such as pneumonia and bronchitis can be identified by the distinctive sounds made by your infected lungs. Also, chronic lung diseases including asthma and chronic obstructive pulmonary disease are recognised in the same way.

The shirt and its app take into account your age – the patent image suggests there will be a SmartShirt for infants – gender, height and medical history. Sophisticated AI knows what ailments are suggested by a range of lung sounds, taken from various points along the rib cage and back.

The app on your Galaxy S10 (or perhaps Galaxy S11 or Galaxy S12, realistically) presents a diagnosis, along with health advice. In a more dire situation, it could even call the emergency services for you.