While the best Fitbits are the most popular fitness trackers you can buy and also among the more useful, they’ve been stuck in a rut for a while. Sure, they track your activity and sleep – as well as menstruation cycles in more recent times – but they haven’t crunched that data to tell you anything terribly useful. Fitbit Premium is a new, paid-for service that Fitbit hopes will change that. It’s £7.99 per month or £79.99 for an annual sub.

Alongside Fitbit Premium there’s also new Fitbit hardware – and the new Fitbit Versa 2 looks to be the most stylish and versatile Fitbit to date. It adds Alexa, a brighter screen, a better battery and a more refined look to the highly successful Versa version 1. 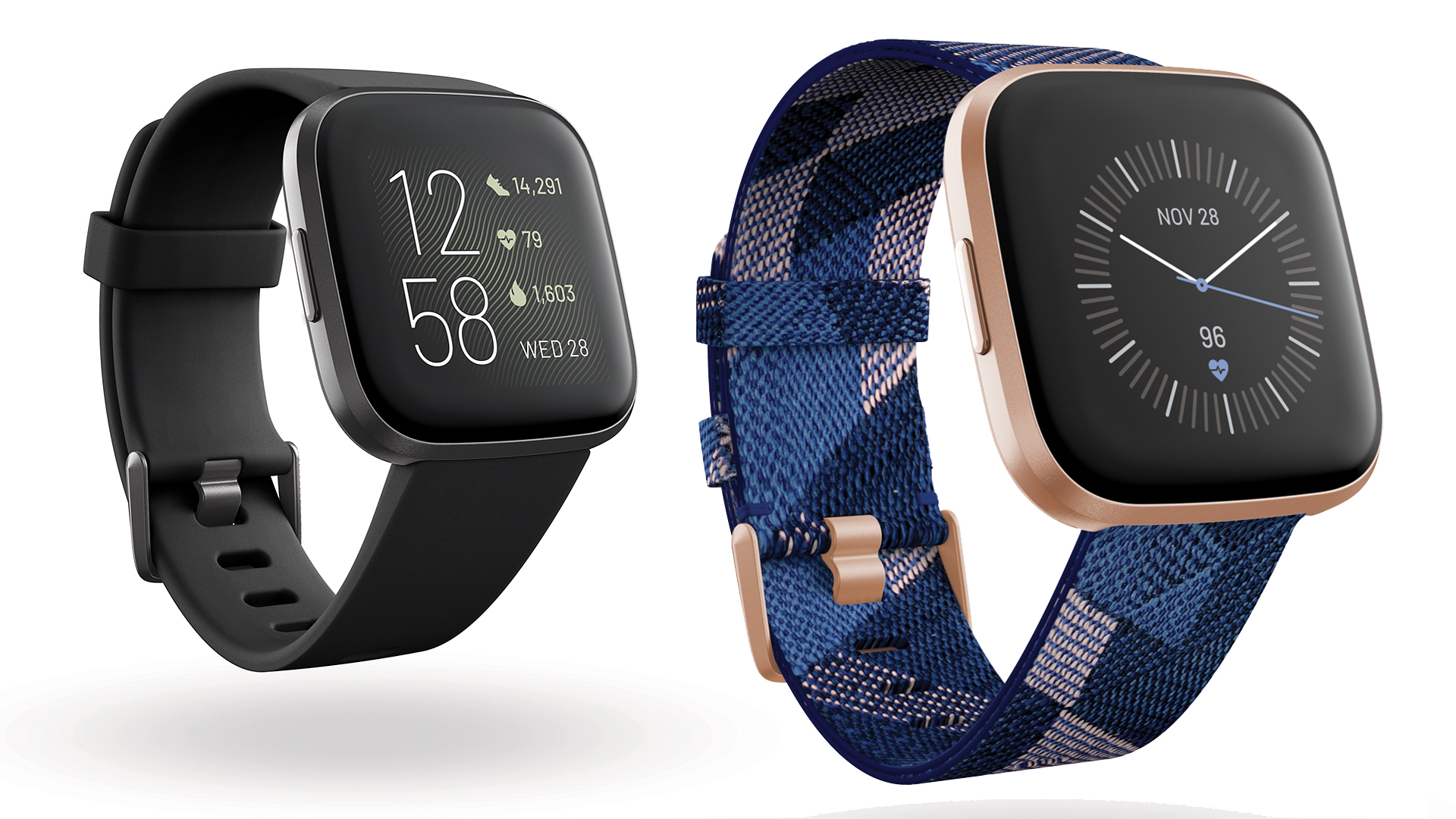 • Amazon Alexa is built in for the usual news, music, weather, smart home controls and Fitbit control via an Alexa ‘Skill’ – you can, ‘Tell Fitbit to start a run’ for instance. Interestingly, Alexa is activated with a button-push rather than a wake word, and its responses appear on screen in text form rather than being spoken.

• An AMOLED screen that can be set to ‘always on mode’ – this looks great; really bright and attractive. Finally being able to just see your heart rate while working out, without having to flick your wrist to turn on the screen is a feature I’ve been asking Fitbit for every time I see them for about the last 500 years so, well done me.

• Sleep Score boils down your sleep data to a simple mark out of 100.

• Smart wake is an alarm intended to wake you only during light sleep, which is of course less traumatic than being roused from deep sleep.

• Fitbit Pay is now built in as standard – it was only on the Special Edition of the original Versa. Fitbit Pay, it must be said, is not widely supported by banks in the UK.

• ‘Coming soon’, there’ll be an ‘Estimated Oxygen Variation Graph’. Said graph is generated from data sourced from the red and infrared sensors on the Versa 2. This will alert you to ‘short-term variations in the oxygen levels in your bloodstream’ which ‘may indicate variations in your breathing during sleep.’

Fitbit Versa 2: is it any good? 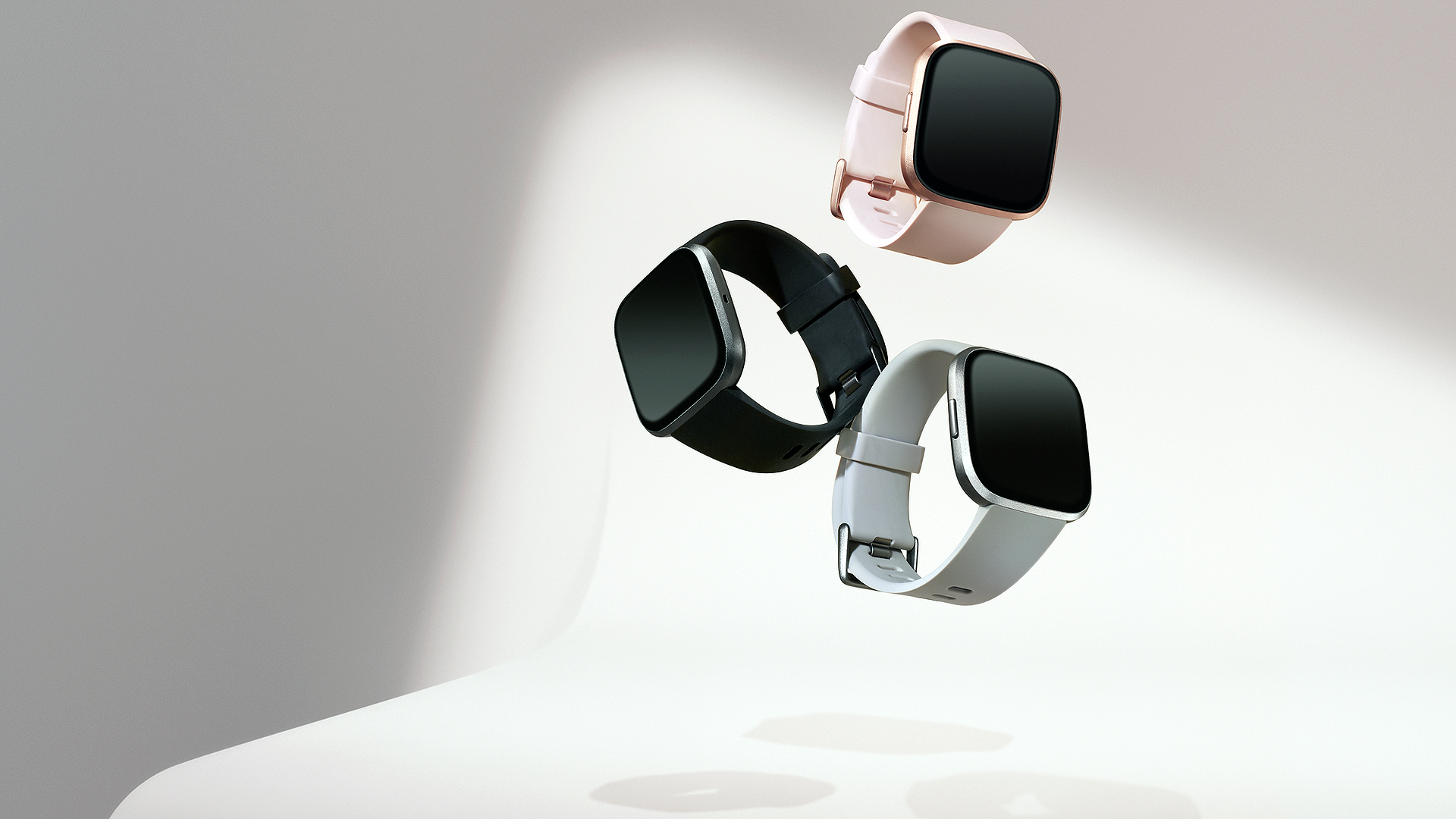 Alas, just like the original Versa and Versa Lite, Versa 2 is not one for the more large-wristed gent. It looks quite comically small on my arm, and I’m hardly Popeye. For most women, smaller men and those who like small watches for whatever reason, it’s great. Clearly it’s very similar to the original Versa but everything has been refined to look sharper and sexier, with a pleasingly buffed, anodised aluminium finish.

The standard strap is a basic silicon affair although the more expensive Versa 2 Special Edition does also come with an attractive woven strap festooned with geometric shapes.

As with the original Versa, it’s swim-proof and water resistant to 50m, despite the addition of a mic for Alexa activation.

It’s perhaps telling that Fitbit is really doubling down on sleep tracking with the Versa 2 and Fitbit Premium – there not being much more to do with the fitness side of things. However, those who are more into fitness than wellness or sleepiness are serviced by Fitbit’s usual mix of automatic activity tracking, all-day and exercise heart rate tracking and ’15+ goal-based exercise modes’. Runs, hikes and rides can be tracked via your phone’s GPS – there’s no GPS built in to the watch itself. 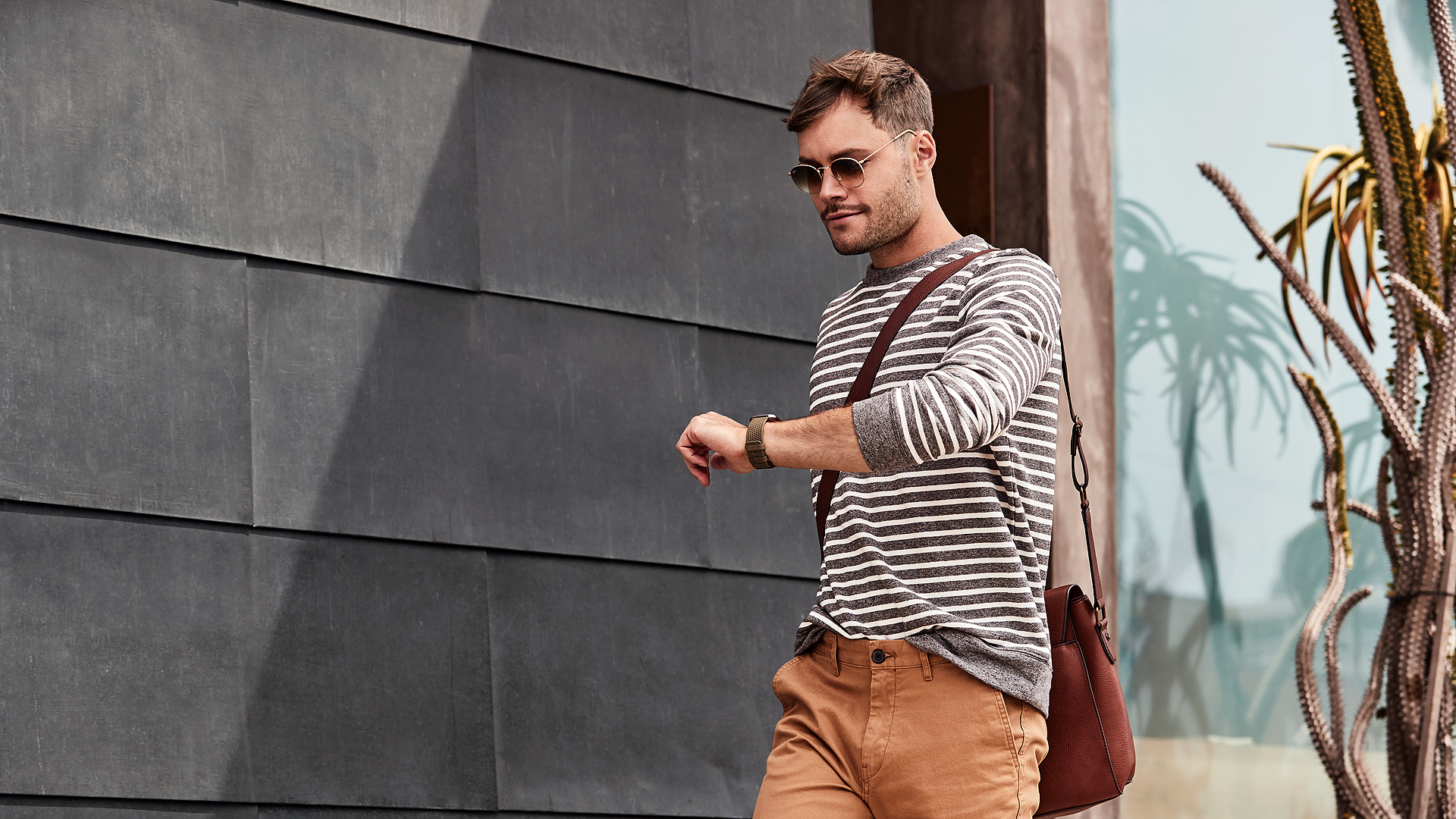 Smartwatch features include notifications, a smattering of apps and the aforementioned Alexa and Fitbit Pay. Android users can also respond to messages verbally through speech-to-text. And iOS owners? No.

Fitbit Versa 2 Special Edition is the same device internally but I will just let Fitbit talk your through the additional ‘features’. It says the Versa 2 SE boasts, ‘A premium jacquard woven band in navy and pink with a copper rose aluminium case or smoke with a mist grey case, plus a contemporary colour-matched classic silicone band in navy and olive, respectively, for two chic styles in one.’ Mm-hmm.

More usefully, the Special Edition comes with a three-month trial of Fitbit Premium thrown in.

As usual with Fitbit, a plethora of classic, sports, ‘athleisure’ and Horween leather bands will be available. Most interesting, there’s a choice of Velcro-fastening bands from RECCO, that ‘make you more searchable by professional rescuers’. Peace of mind when you’re jogging to work, I’m sure.

Presumably Alexa works in a similar way to Bose Noise Cancelling 700 headphones – connecting to the Alexa app on your phone via Bluetooth. The Alexa app can then work over 4G. Unfortunately Fitbit hasn’t quite explained this element. If that’s not the case you could perhaps use your phone as a Wi-Fi hotspot so Alexa can access the cloud. We’ll explore this in a full review when we get a Versa 2 in next week.

In terms of fit and finish, as long as you are not large of wrist this is easily the most stylish Fitbit to date, and that AMOLED screen really pops. The usual Fitbit suite of features is fine as far as it goes but the real value of this new fitness smartwatch could be revealed once paired with Fitbit Premium – on which, more below.

Versa 2 can be pre-ordered from today at Fitbit.com and select online retailers and will ship mid September. Versa 2 costs £199.99 (€199.95) in black with a carbon case, petal with a copper rose aluminium case, and stone with a mist grey case.

Two exclusive editions – emerald and plum, both with a copper rose case – will be exclusively available at Fitbit.com ‘and select retailers’ this autumn. 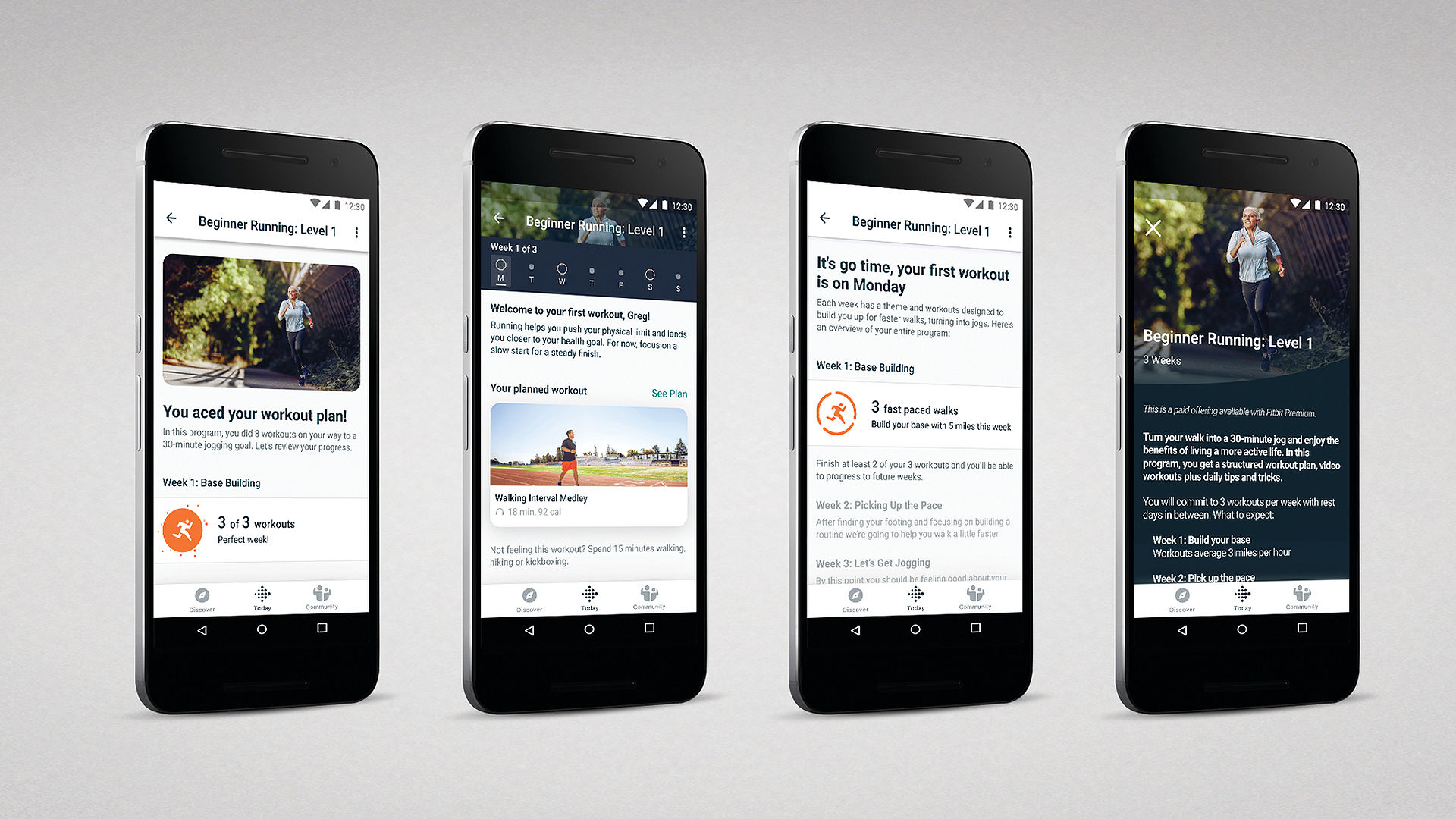 Less sexy but arguably of greater long-term significance, Fitbit is also rolling out its Premium service, which has previously been limited to trial users in New Zealand and Australia.

Fitbit Premium is the end result of a lot of promises from the brand to deliver more useful insights than ‘you slept badly and walked 8,000 steps yesterday’. To this end Fitbit Premium ‘leverages insights from 10+ years of Fitbit data plus academic and medical expertise to deliver personalised programs, thousands of workouts, advanced insights, along with new challenges and reports’.

Nokia-Withings and others have tried this kind of thing before with, you have to say, not amazing results. Fitbit however is fairly bullish about this £7.99 per month optional service. It’s promising, ‘quality health and fitness tools, personalised guidance and coaching all in one place.’ 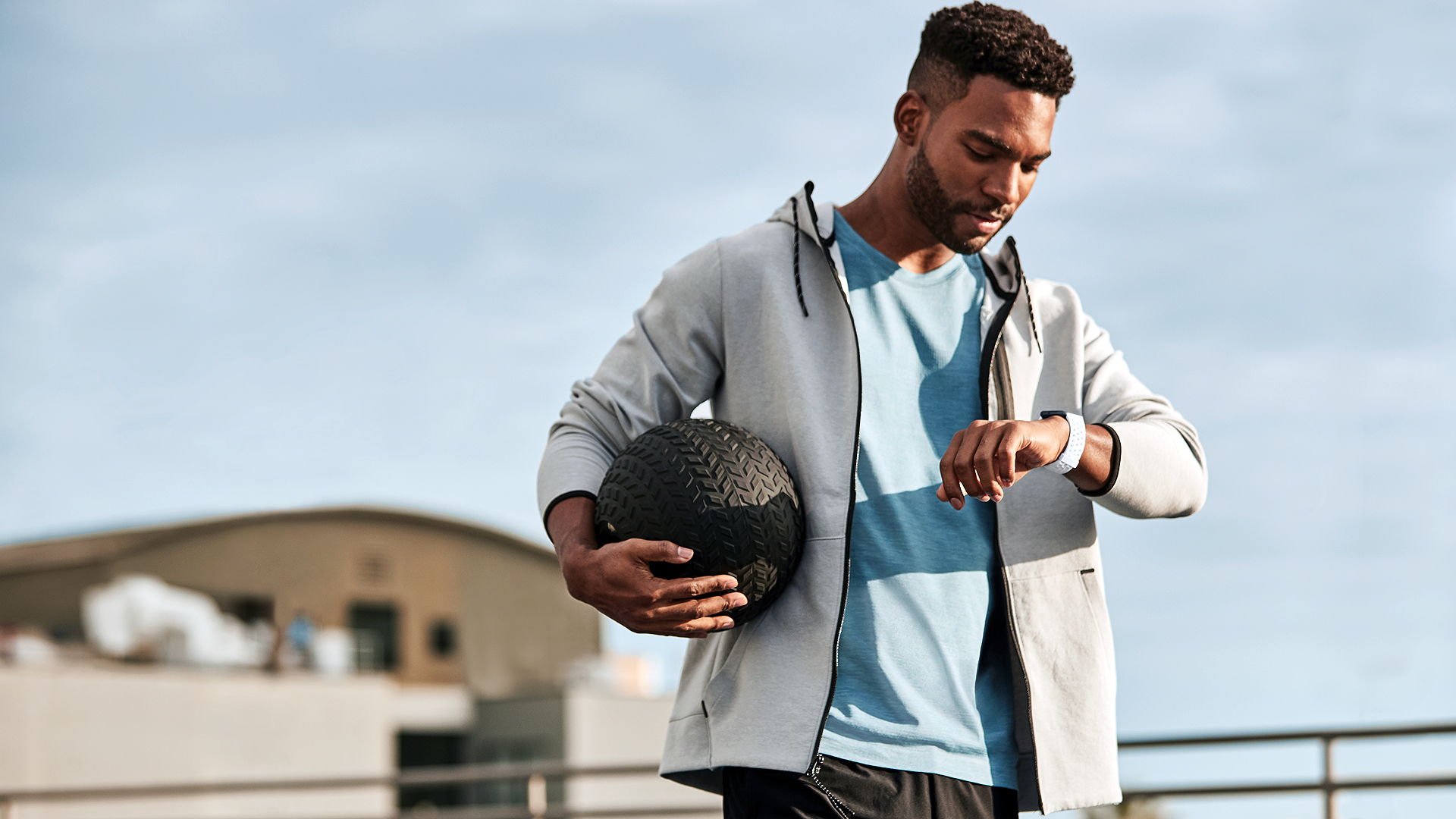 At launch, Premium will feature nine ‘guided health and fitness programs’ to help you ‘get more sleep, wake up energised, increase your activity, manage nutrition and create lasting healthy habits.’

Again, these seem to be much more under the wellness banner than fitness. There’s no couch to 5K, although there is one called ‘run training’. On the whole, we’re talking about the likes of ‘Get More Zzzs’ and ‘Kick Your Salt Habit’.

There is no doubting the importance of a good night’s sleep but ‘sleep coaching’ always strikes me as a mixture of dubious claims and stating the bleeding obvious. Hopefully Fitbit will muster up something more genuinely useful. At launch, ‘Premium sleep’ will bring you a more in-depth analysis of your Fitbit’s daily Sleep Score. 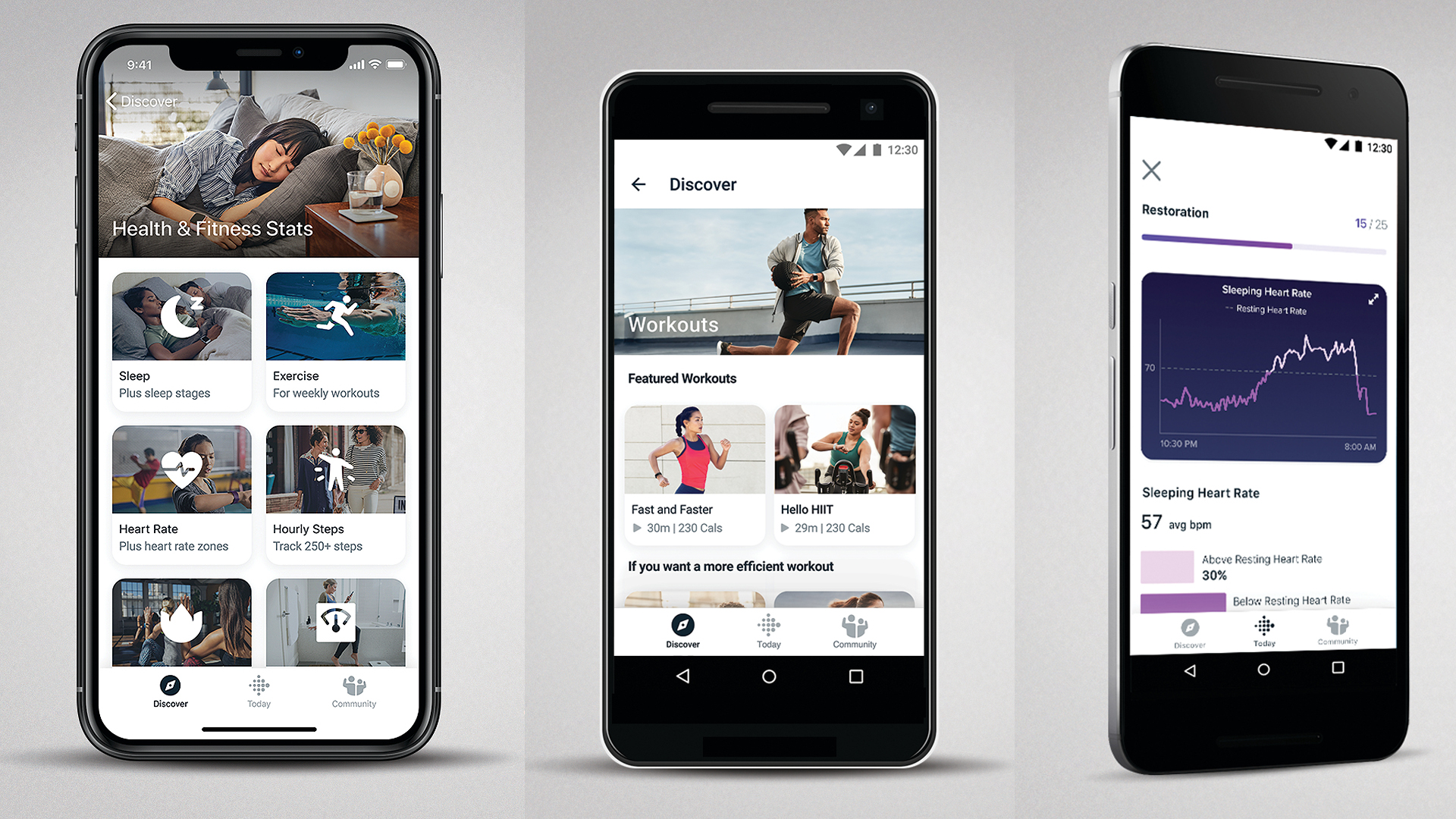 Quite how ‘graphs to show how it was calculated based on your time asleep, deep and REM sleep stages and restoration’ will actually help you kip better, I don’t know but the two guided programs – Get More Zzzs and Habits for Restful Sleep – may be more helpful. There’s also a selection of 15- to 45-minute audio relaxation tools – wave noises and the like – ‘to help you wind down and fall asleep.’

Okay, I will leave with you how useful this is: Fitbit says its data reveals, for instance, that ‘When you walk more than your average 8,502 steps, you get 7 more minutes of deep sleep, helping you feel more rested.’ So logically, if you want an hour more deep sleep, you just need to walk 70,000 steps. Simples.

Coming ‘soon’, Premium will also give access to new ‘adaptive challenges and games’ – essentially similar to the brand’s walking/step challenges but using active minutes and distance. These will be customisable in terms of their length. This could be genuinely both fun and useful, I suspect.

Finally, Fitbit wants to get into a similar space to Apple Watch with ‘new tools for proactive health management’. This will include giving Premium subscribers access to ‘wellness reports’ that can be used by GPs, nutritionists and personal trainers.

It seems Fitbit’s goal is ultimately to assist with the management of chronic conditions such as diabetes, a path it’s started on with its Fitbit Health Solutions work with insurers and medical practitioners. 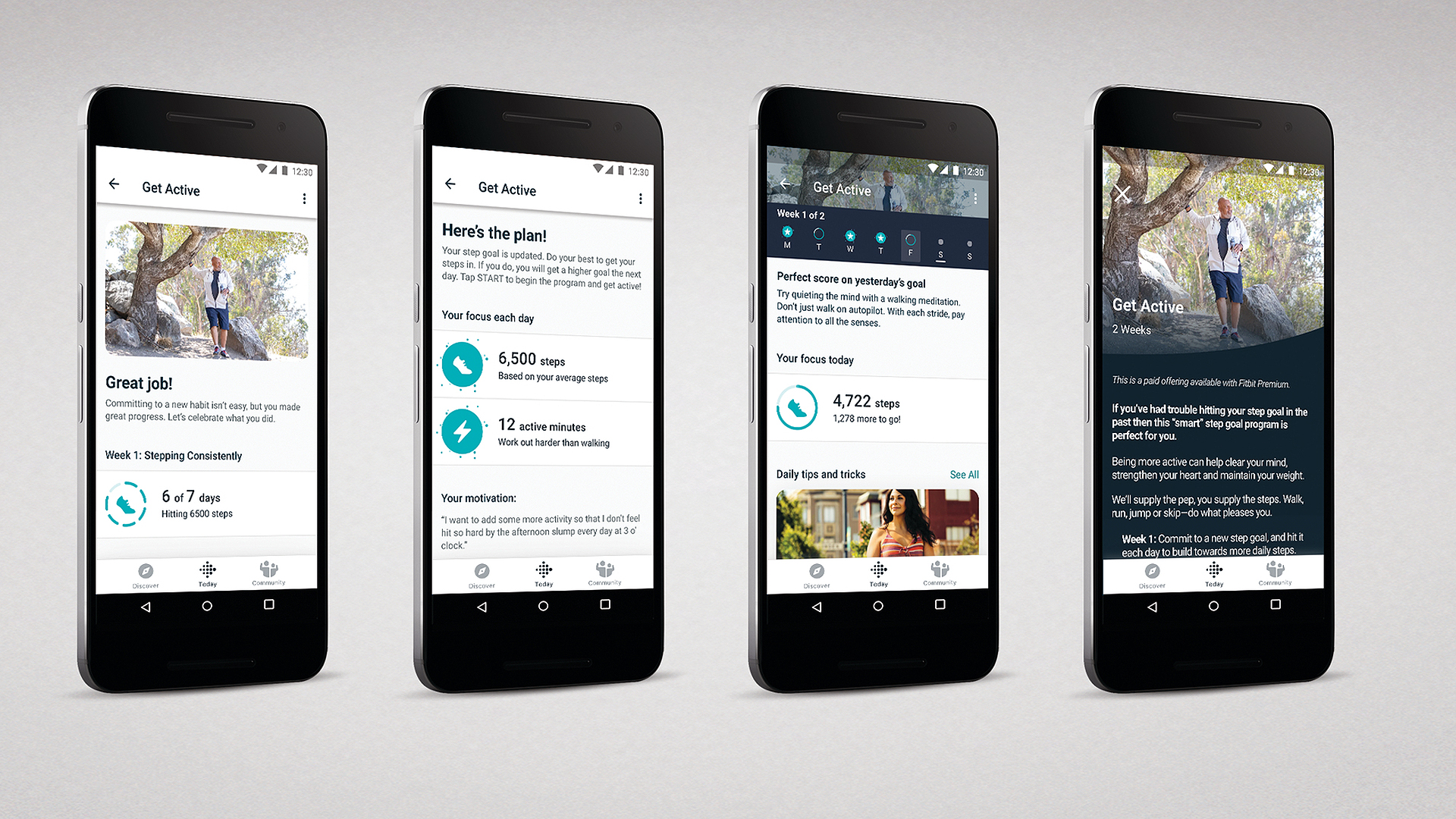 Fitbit Premium will start rolling out in September at £7.99 a month or £79.99 a year. All Fitbit users will be eligible for a one-week free trial, and Fitbit Versa 2 Special Edition owners will receive a 90-day free trial.

Premium will be available in English in 17 countries via the Fitbit app in autumn, expanding to additional languages in 2020, including Dutch, French, German, Italian, Japanese, Korean and Spanish.