MMA fighters are tough. In order to built muscle mass, they train hard and utilise resistance training and cardio sessions that could break an average person. British MMA star Michael ‘Venom’ Page has been training hard for his upcoming Bellator event in Ireland on September 27. Apart from hitting the gym, MVP also needs to be confident in a variety of different martial arts, including jiu jitsu, wrestling and kickboxing.

Sure, Venom doesn’t need any tips on how to lose weight but to maintain his muscular but lean physique, MVP does’t only spend an hour in the gym, he also maximises muscle activation by doing supersets.

You can read all about it here, but please don’t try this workout unless you’re in reasonably good shape already. This is not a Couch to 5K type opportunity. 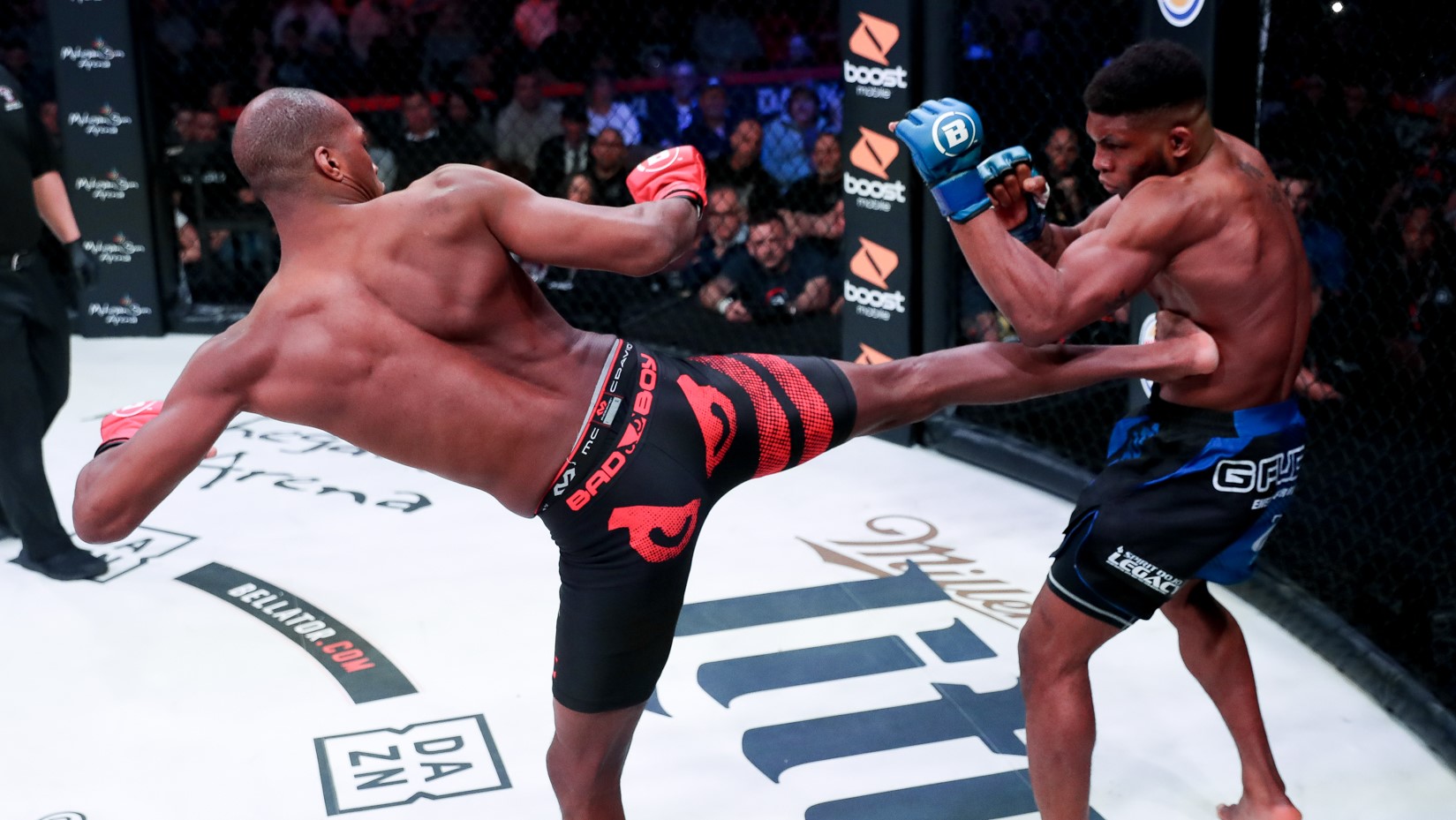 What does a typical MMA weightlifting session look like?

To perform a superset, you will have jump from one exercise to another exercise without resting in between the exercises. Supersets are a great way to make already hard exercises even harder. No rest for the wicked.

An average weight lifting session is roughly an hour long and it contains a lot of supersets. “In MMA, it’s more about explosive power, so we do more explosive weight training.” – explains Michael – “Everything’s very dynamic and done as quickly as possible. So, even when we do bench press it’s all about being explosive on the way up and slow on the way back down. Then as soon as you’ve done eight reps you jump on the floor and do five clap push ups and we do this for five sets”.

Same applies to leg exercises. This means that after finishing a set of power cleans or split squats, MVP does some tuck jumps straight after.

A typical MMA weightlifting session for MVP is as follows (not for the faint hearted!):

Do three sets of ten.

Front squats are similar to back squats, difference being that as opposed to holding the barbell on your shoulders, you rest it on the top of your chest.

This exercise is normally performed with a smaller weight than back squats, and if you haven’t tried this variation, do a set or two with smaller weights so you can get a feel for how to balance the weight. Even better, get a training buddy to spot you.

To do a power clean, start off in the classic deadlift starter pose, the loaded barbell resting in front of you, back straight, As you straighten up, as opposed to stopping when your body is upright, you hurl the barbell up onto the top of your chest. Once there, you can drop it back down and star the movement again.

Once you’re done with the eight reps, do eight tuck jumps straight away. Make sure you really get your feet off the ground so they are all tucked in under you in the highest position.

Do a set of eight bench presses and then a set of five clap jumps without rest. Repeat three times.

Doing a bench press is pretty self explanatory, but in case you need a reminder, read our article on it.

Once you’re done with your eight reps, on the floor you go to do five reps of clap push ups. Clap push ups are more explosive than regular push ups because you have to push yourself up enough to be able to lift off the ground and clap.

Do three sets of ten.

Another back squat variant. This works only one leg at a time, so work with less weight on a regular back squat.

To perform a Bulgarian split squat, rest one of your legs behind you on a box, so it is elevated. Barbell on your shoulders, core activated as you perform the squat. Once you did your ten reps with one leg, do ten reps with the other leg too.

Best way to do weighted lunges is to use kettlebells. Hold the kettlebells in both hands, arms next to the body on the sides as you do the exercise. If you have space, you can walk forward, or you can do lunges on the spot too. The set of ten means you do ten per leg in each set.

Without a rest, go into doing ten tuck jumps. 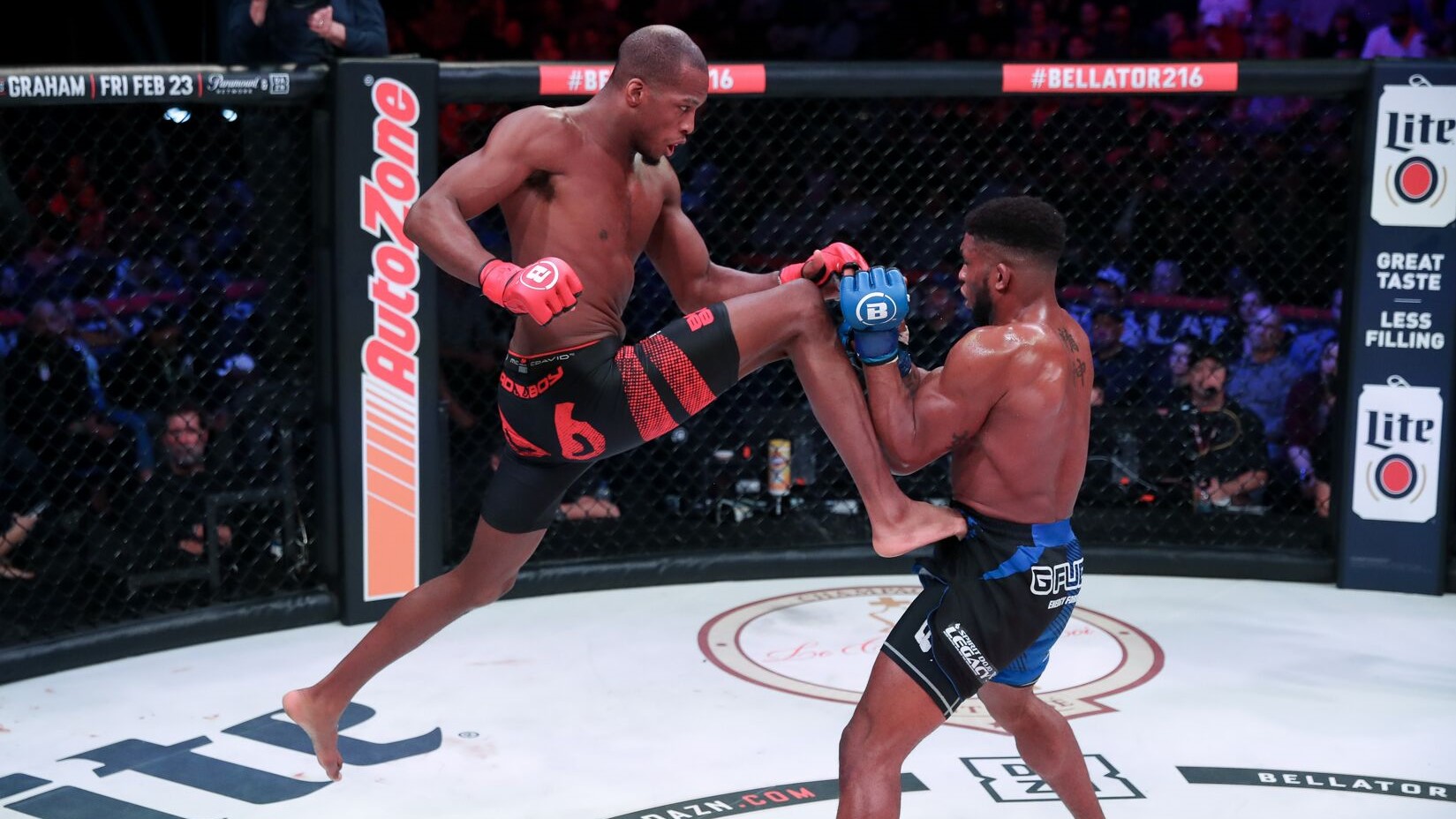 What does a typical week of training look like for an MMA fighter?

“There’s so much to learn in MMA” – says Michael – “I can spend an hour and a half training in jujitsu, before an hour and a half wrestling. Then I’ll take a break and come back and do some ground and pound training. Then you’ll do fitness training, take another break, come back and have another wrestling class. It really does depend on the fight camp and the opponent.”

On Wednesdays and Fridays, he mostly does sparring. “If my coach wants me to spend more time sparring then we spar on more than two days”. In previous camps MVP did sparring training literally every day, too. “It’s the same with the fitness training. I’ve done fitness training every day before as well as doing hours of technical MMA training. It’s a lot of work and it’s very hard to break down into a day. There’s so many different aspects to learn”.

As for actual fitness training, MVP does a lot of weightlifting early in the day, followed by cardio work on a torture chamber of machines. You’ll find him on the running machine, the exercise bike, the vertical climber or the rowing machine.