Not long after Team GB’s new 2020 Olympic track bike has been revealed, Pinarello has also announced the new time trial bike for the Italian Track Team, the updated Pinarello MAAT, which debuted at the Track World Cup in Hong Kong just last week, on the 29 November 2019.

With a focus on Tokyo 2020 Olympics, the new-and-improved MAAT was developed together with Italy’s National Team technicians and athletes in all study phases, from the technical characteristic of the frame and the design of the new integrated handlebar to the study of specific geometries. 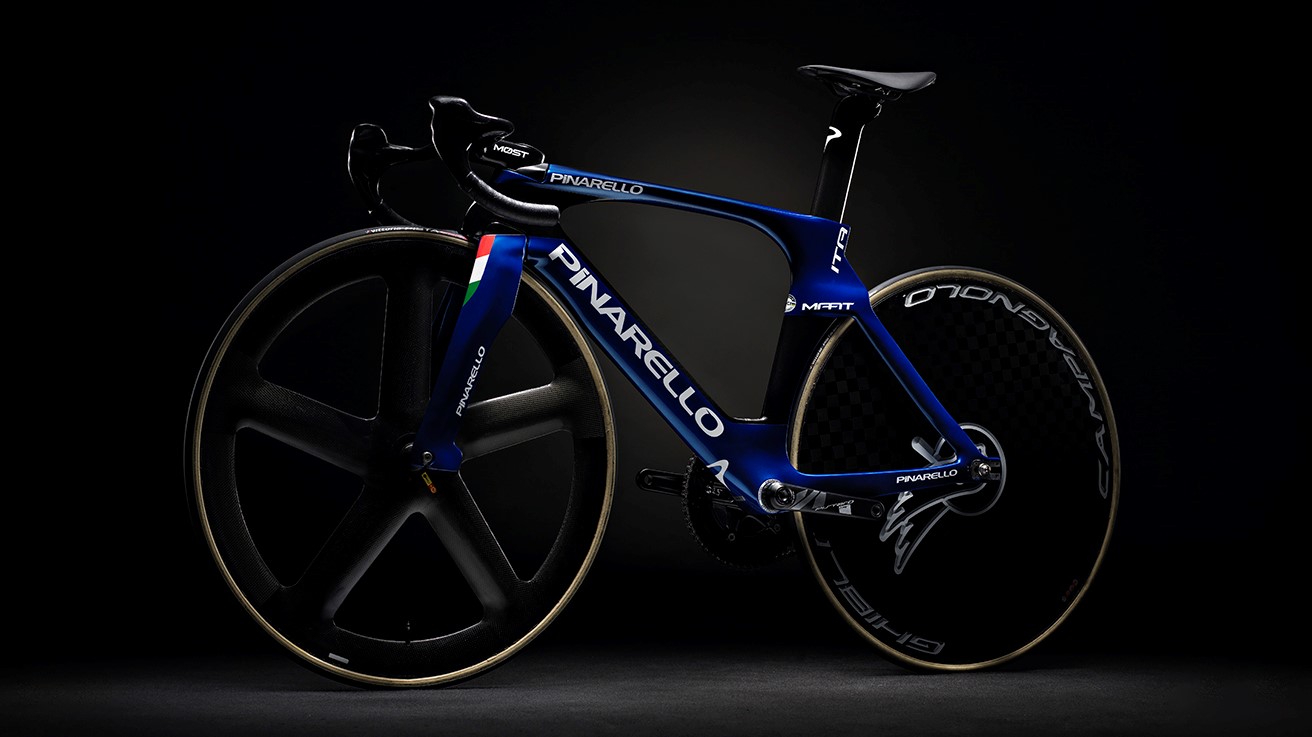 Designed and created for Madison and Omnium events (more on these formats on the British Cycling website), it can also be used on the Sprint race given its exceptional lateral stiffness. The geometries are optimised for these races with a longer toptube and short stems to comply UCI rules and still allow an athlete’s preferred racing position.

Pinarello’s Think Asymmetric mentality is combined with the reinforced chainstays to optimise frame stiffness and power transfer. Without going into much detail, the Bolide HR fork but even the seatstays have been taken to extremes to push the concept of time trial bikes to new limits. 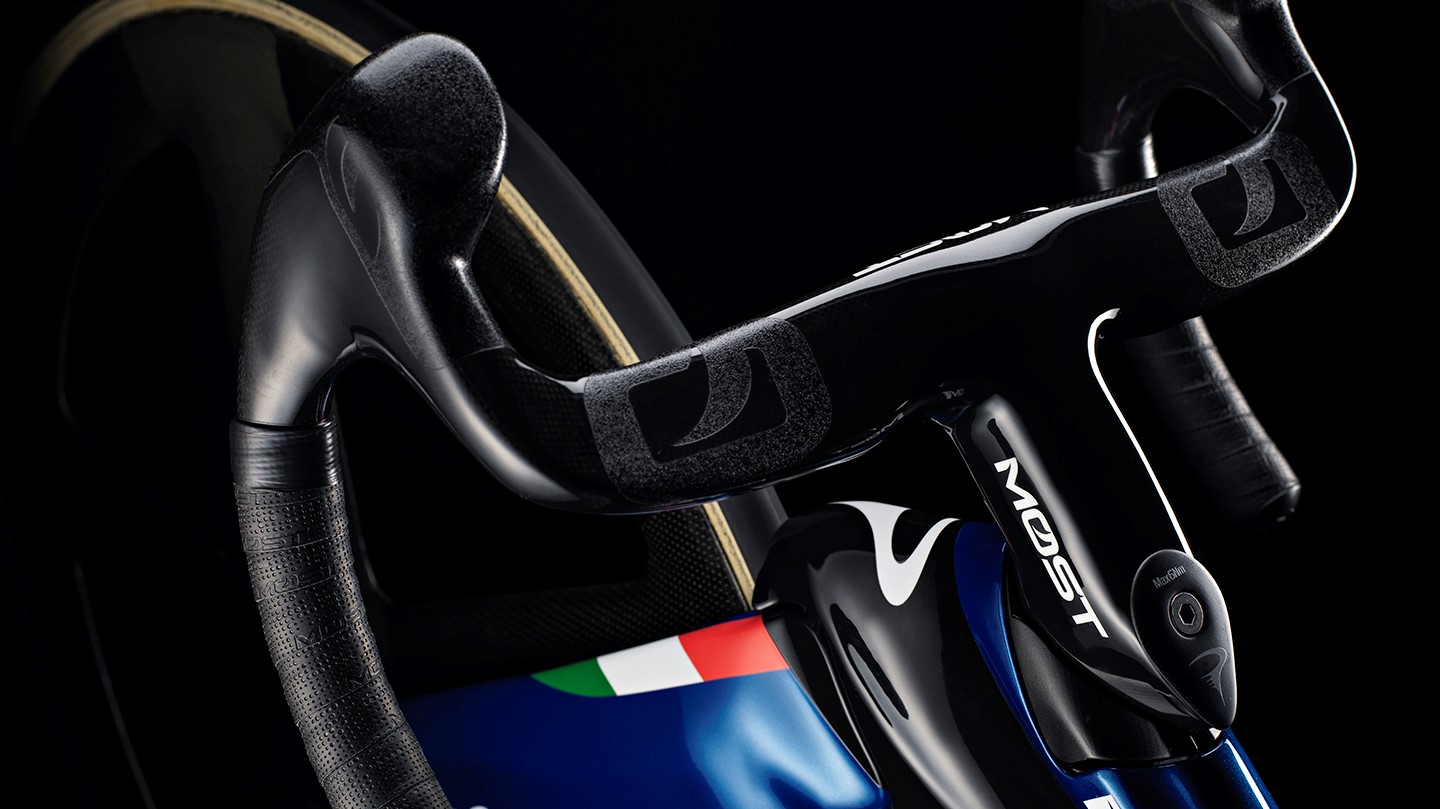 In order to obtain a single long aerodynamic profile, the headtube hides the fork head. This solution preserves the aero performance and functionality of the bike allowing the fork to freely rotate much more than the normal solutions used on TT bikes.

The MAAT frame kit will be available to order in the UK from April 2020 in Pinarello Black on Black, Red/Black and Blue/Black with a UK SRP of £7,000 (frame and forks) and £750 (handlebar).

In case you would like to read more about the new Pinarello MAAT, you can do so on Pinarello’s website, where you can also find the whitepaper about the bike, too.