The Fitbit Aria Air was announced relatively recently – clearly shoppers like the idea of the original Arias but feel they are over-priced… Because they are.

Although the Aria Air will work quite happily on its own, it is really aimed at Fitbit users, sitting in the wellness eco-system alongside one of their best fitness trackers, and perhaps the Fitbit Premium coaching system. Fitbit Aria Air will serve you well in either case. However, if you want to know metrics such as body fat, cardio health, visceral fat levels or any of that, the Aria Air is not for you. All it can tell you is your weight. Nonetheless, with its chic-by-bathroom-scales-standards looks and reliable connectivity to the Fitbit app, it’s still among the best bathroom scales you can buy. 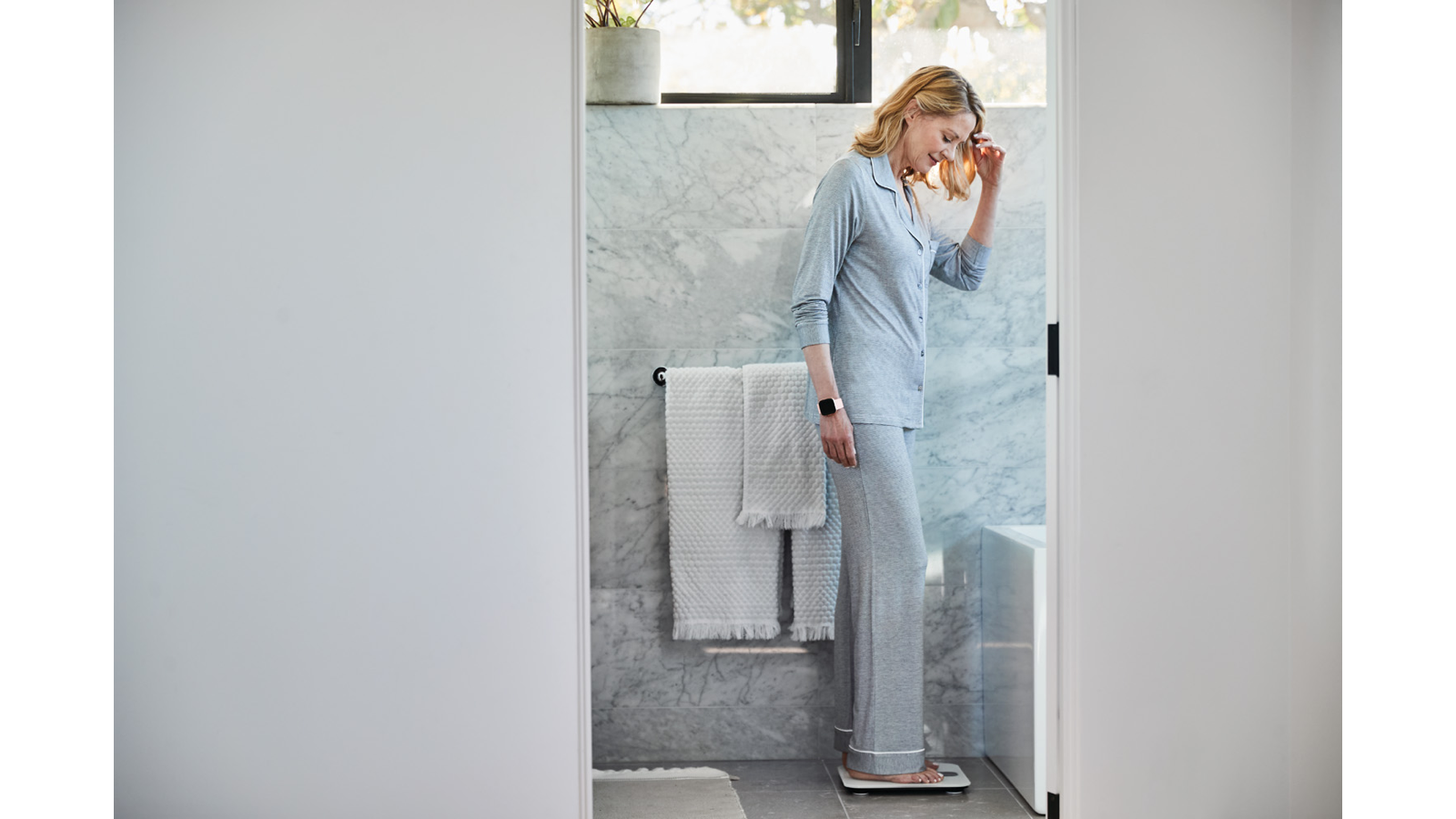 Fitbit Aria Air review: design, accuracy and ease of use

The Fitbit Aria Air really does looks good. It has a low profile so it can be slid under the sofa/placed behind the chest of drawers when it’s not in use. The Fitbit Aria Air is characterised by rounded corners: both the digital screen and the scale itself lack sharp edges and the overall aesthetics is rather pleasing to the eye.

The shape of the Fitbit Aria Air is square-like with ample amount of surface area for the feet. I have fairly large feet (size 10.5) but even so, they weren’t hanging off the scale in any direction. The digital display is placed on the top of the scale – of course – and the screen has a decent contrast, making it easy to read even without glasses.

It is quite hard to tell the accuracy of a scale without having an industrial scale at your disposal, which unfortunately I don’t have. Instead, so I pitted the readings from the Fitbit Aria Air against the Salter 9207 BK3R digital scale (RRP £12.99), placing both on the same spot and measuring my weight in quick succession after an other. The results were consistently within half a pound (circa 220g) of each other, which is good enough for me.

Using the scale is as straightforward as it gets: place it down on the floor, step on it, job done. If you want to log your weight into the Fitbit app, open the app before you step on the scale and if it’s the first time you use the Fitbit Aria Air with the app, you have to connect the scale with the phone first, but it’s only the matter of having the app open and the scale on, the process is very easy and automatic.

I am pretty sure you didn’t come here to be told how to use a bathroom scale, anyway. 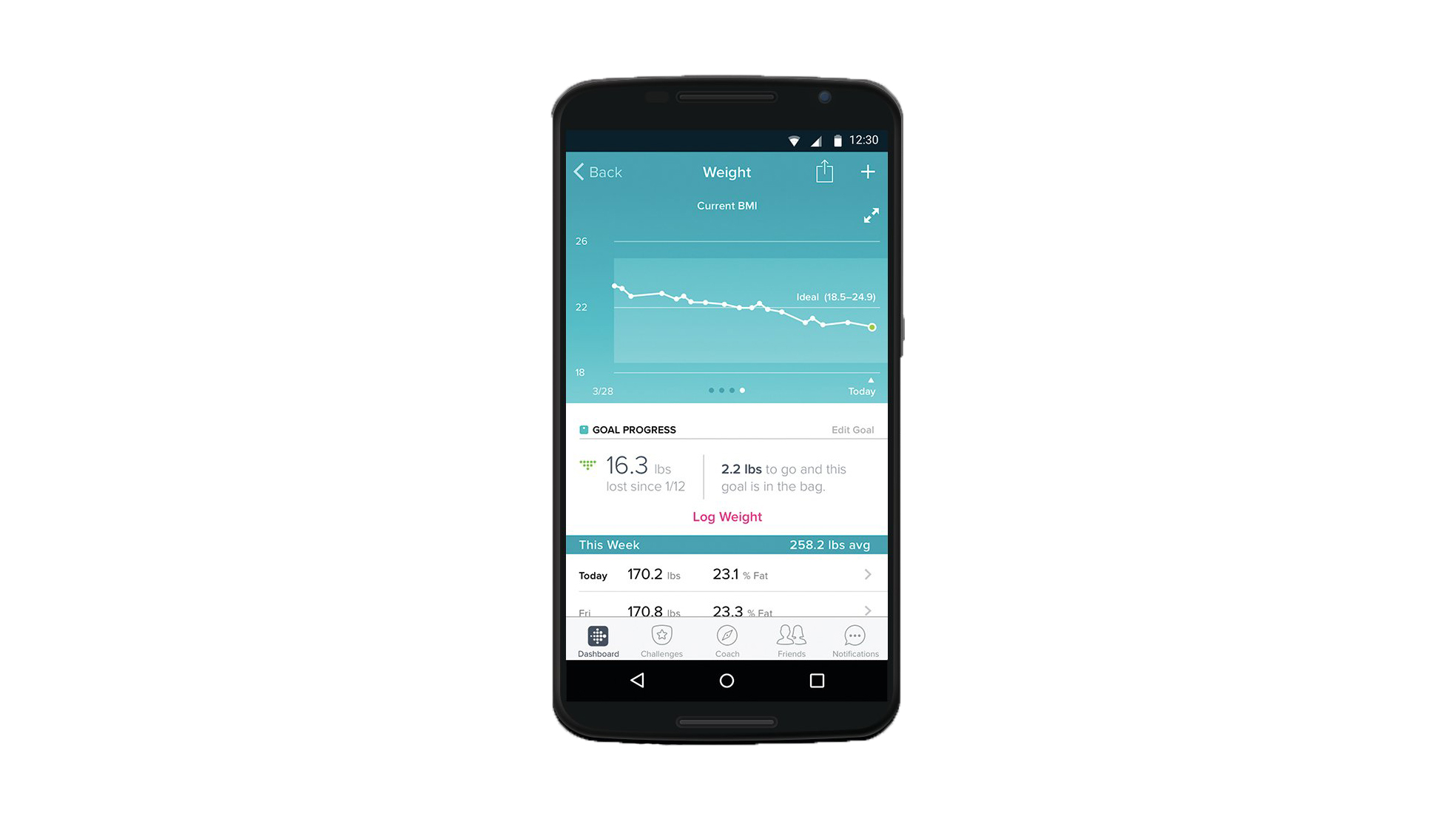 The main appeal of the Fitbit Aria Air – apart from the looks – is its connectivity to the Fitbit app. Using the app, you can add the measurements from the scale to all the other body metrics you’re already tracking with your Fitbit Versa 2 or Fitbit Ionic, which will provide you with a more ‘holistic’ overview of what changes your body is going through.

In the Fitbit app, you can set a goal weight and see on charts how your weight loss/weight gain program is working out for you. The Fitbit App is user friendly and caters for people who have a keen interest in how their bodies work. It’s doesn’t have enough metrics for sportspeople, like the Garmin Connect or Polar Flow apps, though.

Using the Fitbit app, you also have access to the Fitbit Community which is relatively large and you can also join groups too. The community aspect of the Fitbit app is good for people who might need some extra motivation to stay on track with their diet. Add Fitbit Premium and you can use the Discover section, with its guided programmes.

With only your weight tracked, this is either brilliantly simple or basic AF, depending on your point of view. As far as we can tell, the weight data does feed into calculations of how many calories you burn during the course of the day, although Fitbit doesn’t trumpet this in any way – probably because any calorie-burn calculations based on an algorithm are always notoriously unreliable. 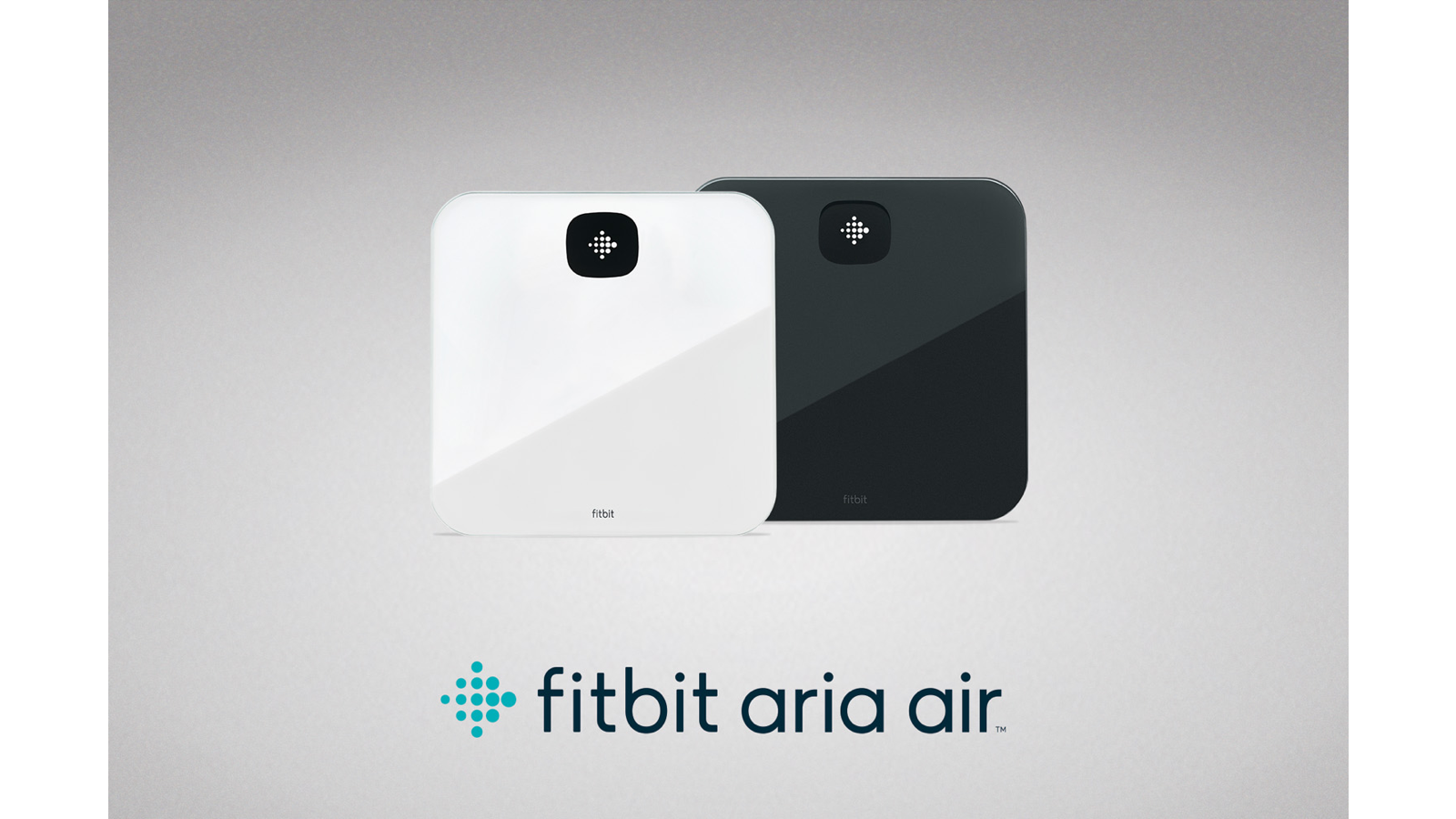 Even for Fitbit users, the Fitbit Aria Air only adds two additional metrics to the mix: bodyweight and BMI. The latter is based on your height, which you enter into the Fitbit app along with your age. You could, of course, work this out using one of the many online BMI calculators or by dividing your weight in kilos by the square of your height in metres, if you want to show off your book learnin’.

According to the NHS, ‘Healthcare professionals may take other factors into account when assessing if you’re a healthy weight. Muscle is much denser than fat, so very muscular people, such as heavyweight boxers, weight trainers and athletes, may be a healthy weight even though their BMI is classed as obese.’

We would assume heavyweight boxers, power lifters and rugby players probably wouldn’t buy Fitbit products anyway. The Fitbit Aria Air is for price-conscious people who don’t trust other smart scales feeding info into their Fitbit app and would much rather have a good quality Fitbit product to do this job. For them, the Fitbit Aria Air is a good choice. Other than that it’s a solid and attractive bathroom scale.

Fitbit deals from around the internet