The proportion of children in the UK who are very overweight at the start of primary school (around 9%) doubles by the time those children leave primary school. As children spend a lot of time at school, it makes intuitive sense that schools could do a lot to prevent childhood obesity by supporting healthy eating and boosting physical activity. Intuitive sense, however, is not the same thing as scientific evidence.

Although a number of studies have investigated the evidence for anti-obesity programmes at school, the results have been mixed and the studies weak. As a result, we decided to conduct our own study: a year-long randomised controlled trial, covering 54 state run primary schools in the West Midlands. Our results, published in The BMJ, found no evidence that obesity prevention programmes in school are effective.

At the start of the study, we took the measurements of around 1,500 children. This was repeated 15 and 30 months later. We measured height and weight and other measures of body fat.

Children also completed a questionnaire about their well-being, noted everything they ate for 24 hours, and wore an activity monitor that recorded how active they were. After the first set of measures, schools were randomly assigned to either deliver the programme or to continue as they were without it (the controls).

The programme had four components, delivered over 12 months. Teachers at participating schools provided opportunities for children to take part in an extra 30 minutes of physical activity during each school day. Each term, children and their parents attended a workshop in school where they had a go at preparing a healthy meal. Children also participated in a six-week healthy eating and physical activity programme in conjunction with a local football club, Aston Villa. Finally, parents were provided with information about local family physical activity opportunities. 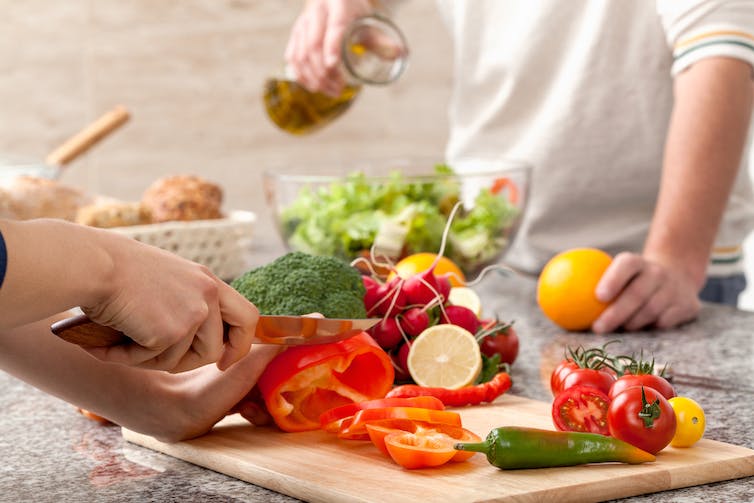 When we interviewed parents, teachers and children in the schools that had received the programme, they were positive about the opportunities and had enjoyed the activities. Some reported that they had changed their behaviour and had learnt new things. However, our results showed that after 15 and 30 months there was no statistically significant difference in weight and other measures of body fat, nor in diet, physical activity or well-being in children who were in the schools with or without the programme.

Overall, our study was not able to show that the programme made a significant impact on the likelihood of children becoming overweight. Two other recent studies with different interventions aimed at improving diet and physical activity in primary school children also found that the programmes had no impact on preventing obesity. Although some children may benefit, overall school-delivered diet and physical activity programmes are unlikely to halt the rise in childhood obesity.

Schools are required to deliver knowledge and skills to support healthy lifestyles, but they are only one of several layers of the environment that affect children’s behaviour. It is important that policymakers break the cycle of focusing on schools to reduce the childhood obesity epidemic. Different approaches are needed that consider broader influences from the family, community, media and the food industry.